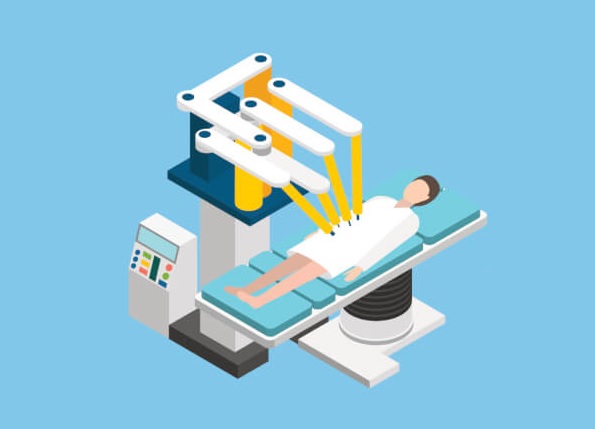 The use of robotic devices in the medical applications has grown notably in a little more than three decades, from pioneering experiments in robotic-assisted surgery to the widespread use of robots in almost every aspect of healthcare. While estimates of current and projected global robotic medical device market potential vary widely, most experts are anticipating double-digit annual growth rates over the next five years.

This projected market growth presents significant opportunities for the wider application of robotic technology in the healthcare arena, and advanced manufacturers of medical technology.

Meanwhile, taking advantage of these opportunities presents significant challenges, particularly for those companies which are unfamiliar to the rigorous approval schemes, regulations, and strict oversight currently applicable to medical devices in the U.S., European Union (EU), Japan, and other major markets. Achieving the approval required for legal sales of medical devices in these jurisdictions requires substantial financial investment and may take months or years to complete. If these constraints are not understood or taken into account, delays can seriously jeopardize the likelihood of success in a highly competitive market.

According to a recent PwC Health Research Institute report, medical robotics is one of a handful of technologies with the potential to disrupt the U.S. healthcare industry over the next decade, along with artificial intelligence, simulations of virtual reality, and methodologies for blockchain data protection. Despite several uncertainties about the future healthcare marketplace, the widespread adoption of medical robotics in every aspect of healthcare is sure to transform for the better the quality of healthcare for millions of people around the world.

Big factors in the growth of medical robotics

While in many industries, new and advanced technologies are a driving force for innovation, the healthcare sector has been slower than most when it comes to implementing technological solutions.

While the reasons behind the laggard pace of adoption of technology in healthcare are varied, the fundamental concerns were (and remain) the safety of a given technology and its effectiveness in actually improving healthcare outcomes. However, the ever-changing healthcare landscape of the 21st century has led to the emergence of several important factors that are likely to reinforce the case for more ambitious adoption of advanced medical technologies, including medical robotics. Those factors include:

Aging global population: According to the UN Population Fund (UNFPA), people aged 60 and older make up more than 12 percent of the world’s population, a share that will grow to nearly 22 percent by 2050. In addition, healthcare consumption increases dramatically as people age, with the elderly spending four to five times more on healthcare services than adolescents. The expected growth in demand for healthcare services will likely put a further strain on existing healthcare systems and staff, prompting the search for more efficient methods for diagnosing and treating patients.

Increase instances of surgically-correctable conditions: Health conditions that can be treated wholly or partially through surgery, such as neurological disorders, cardiovascular diseases, and various types of cancers, are on the rise, particularly among people in emerging economies around the world. As reliance on surgery increases, so too makes demand for less invasive surgical techniques that provide patients with less recovery time for effective treatment.

Shortage of trained medical personnel: With the prospect of an aging population and increasing demand for medical care, it is expected that the availability of doctors, nurses, and other trained medical professionals will fall far short of the need. For instance, by the year 2030, the U.S. doctors ‘ shortfall is projected to exceed 100,000, with rural and underserved populations expected to be particularly hard hit. Advanced medical robotics could play a key role in tackling that gap.

Facilitating newer procedures/therapies: Though surgical devices command the largest share of the medical robotics market, there exist numerous examples of robotic technologies being applied to new classes of medical devices. They range from:

Market differentiation for hospitals, healthcare providers: Finally, the adoption of advanced medical technologies and robotics can be an essential differentiator between health care providers. In cases where healthcare consumers have a choice, they are looking for modern facilities and providers that also offer effective and convenient state-of-the-art healthcare services. This expectation can be met by the care that the robotic medical technologies offer.