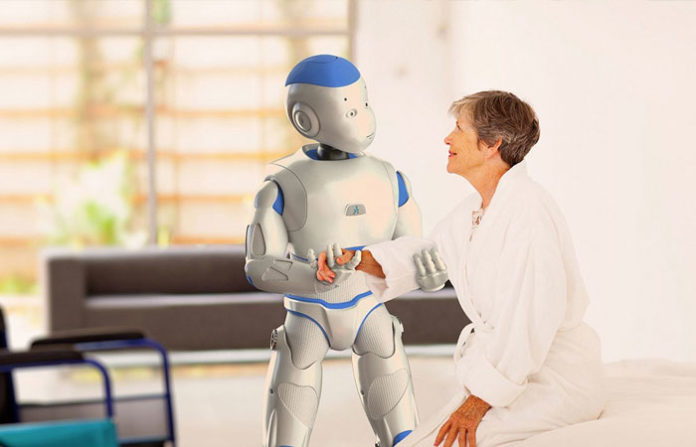 To date, ethical factors do not seem to be a significant hindrance to robotic developments in healthcare. The experts suggest that this is because robotics in healthcare is still too far from practical implementation. Usually, ethical issues occur only when stakeholder groups disagree about what’s right and wrong about certain new developments and start a debate on these issues.

Still, we have identified several emerging ethical issues in robotics and healthcare. Some of them are mentioned below.

The dehumanization argument: Some consider deploying a machine to look after ill or elderly people to be inhuman. In Europe, the concern is more significant than in Japan with the United States in the middle). Japan promotes robots as an elderly companion. This is seen in particular as a problem where the machine traditionally carries out human tasks. Conservative social scientists are going even further and predict that interactions between man and machine can replace interactions between humans and men.

Social poverty and dying alone: In some views, robots for treating ill people and the elderly are also considered “social poverty,” meaning that elderly people and sick people are excluded from the (more and more health-oriented) society. It is sometimes interpreted as losing one’s responsibility. Surveys could also indicate that dying alone is a widespread social concern.

Experimenting with the ill and vulnerable: Due to the application of medical robotics to sick persons, questions arise about whether the sick or weak can be used as guinea pigs for technological experiments (e.g., in prosthetics, neurotechnology, robot surgery). The opposite is that patients with very little chance of survival with standard procedures do not have much to lose and can benefit only from experiments. Many criticize this as being ethically too utilitarian.

Exploiting human emotions: Some express their concern about the deliberate use of human sentiments and technology for deceptive purposes by building robots with communication abilities and passions (although the actual existence of such qualities can continue to be controversial and difficult to assess).

Human Enhancement Technology (HET): This is an emerging question dealing with the possible use of technology initially intended as a compensatory measure (prostheses, disease cure technology) to improve healthy people. This creates problems not only with safety, regulations, and financing but also with ethical questions about defining (future) human beings and equality aspects. The issue of equality deals with rather pragmatic issues (whether “enhanced humans” have advantages, and enhancement is costly; the rich will have an inherent advantage in society). Also, where to draw the ethical and legal threshold between healing and improvement? What impact can this have on disease and health? It poses new ethical and legal challenges.

Defining what is “human” and altering the human condition: When robots are used in health care, people can get into a strange situation where they can be surrounded by machines that simulate human behavior while being partly dependent on machines (i.e., ICU machines, artificial organs, prostheses). An emerging question is also the concern about tampering with the natural (life extension, replacement organs).

Affordability: The development of high-tech robot systems to support, treat or train patients will meet their potential only when they are available to the general public. This will depend mainly on the funding of traditional treatments and replacements with robotic versions. If the financing of the robotic health system is not accommodated, investment in R&D will not return. In addition, the growing gap between what can and can be done can transcend ethical boundaries.

These ethical issues may seem far away in the future. However, it is also clear that some of these problems may later cause severe ethical issues. Companies must address these issues in an acceptable manner to ensure successful innovations and the potential social benefits of health robotics. Given that thinking about robotic applications has already begun in the distant future, discussions on their ethical aspects are also meaningful.