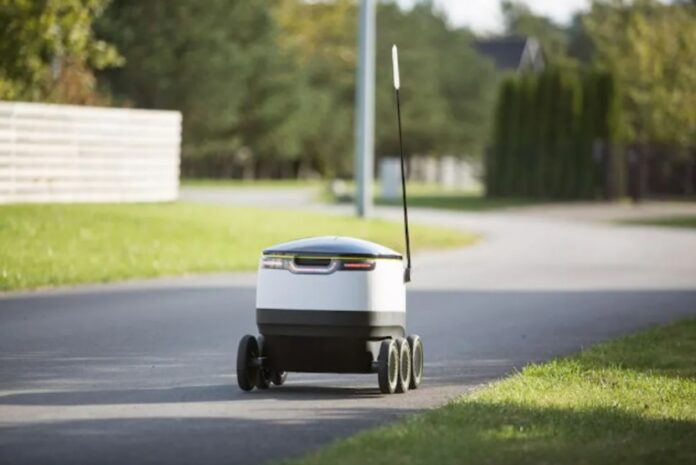 Our city streets have been overrun by an army of micro-mobility devices such as dockless bikes and electric scooters in recent years. Many cities are currently making room for a new device that aims to propel us into the future autonomous delivery robots, personal delivery devices, or simply delivery robots are some of the names given to these new wheeled robots.

Delivery robots are sent onto our streets and sidewalks using technology similar to that found in autonomous cars to deliver orders through various apps and websites such as Amazon or Postmates.

Several companies are already racing to put autonomous delivery robots on the road. Now, what are the benefits and drawbacks of having delivery robots on our streets? These robots take up limited sidewalk space, which is also being chipped away by other emerging technologies, including dockless bikes and e-scooters. However, if managed well, these robots have the potential to solve many of our urban issues.

Shopping and cooking can be difficult tasks for the elderly, especially those who live alone. As a result, the introduction of delivery robots could significantly positively impact these communities. These devices are a low-cost, quick way to get medication, groceries, or other items, and they have the potential to completely transform the lives of people with mobility issues.

The efficiency of delivery robots may far outweigh their disadvantages. UPS and FedEx began using electric bikes in 2013 in areas with narrow streets and limited parking. Using delivery robots for last-mile delivery, on the other hand, would be even more efficient and environmentally friendly. Delivery robots may reduce the number of large delivery vehicles that are forced to double park, causing traffic congestion, increasing vehicle miles traveled, and thus increasing greenhouse gas emissions.

Currently, Amazon’s same-day, free delivery is a huge cost, requiring curriers and Amazon to spend tens of billions of dollars every year. Last-mile delivery is responsible for the high delivery costs. As a result, same-day deliveries, inherently short-distance deliveries, are extremely costly. Amazon must maintain convenience while lowering delivery costs as shipping costs rise. Delivery robots offer a convenient alternative to human-centered deliveries at a fraction of the cost.

Despite some early setbacks, delivery robots may prove to be a safer alternative to traditional delivery methods. Delivery drivers face a high level of risk and are ranked fifth among the most dangerous jobs in America. When a robot replaces a person, fewer people are put in a precarious position, often late at night, dealing with cash. Aside from driver safety, delivery robots may also help keep pedestrians safe. Amazon, for example, is already cutting corners to reduce delivery costs.

When drivers are pushed to take risks to meet expectations, accidents can occur, and pedestrians pay the price – as was the case in one Chicago neighborhood where Amazon drivers shared the streets. If there’s one thing we know about delivery robots and their designers, it’s that they’ll go to any length to avoid accidents and bad press. Furthermore, given that flying drones are potentially more dangerous and that legislation could be far more complicated, delivery robots may be the better option.

Delivery robots can add value to our cities; however, technology developers are still ironing out the kinks. Even though delivery robots are nearly self-sufficient, they still need to be monitored by human “Minders,” or employees tasked with keeping an eye on them. A delivery robot recently collided with a parked car, and the incident was blamed on the minder. A robot in Berkeley, California, recently caught fire and was destroyed in the middle of the street, with the minder once again taking responsibility.

The technology for these devices isn’t quite there yet. Furthermore, before delivery robots take off, cities must catch up. We may see sidewalk gridlock before we see widespread localized policies for delivery robots, much like the onslaught of e-scooters and dockless bikes prompted city governments to pass legislation restricting their use and limiting their permitted locations.

There is also the issue of traffic congestion. Scooters and bikes can be tucked away in easy-to-avoid areas in an ideal world, but delivery robots will be in the middle of human traffic, adding to the congestion on our sidewalks. Individuals who are particularly young or old may have difficulty interacting with these machines or getting out of their way.

Another issue that needs to be addressed is liability. Consider a jogger hurtling down a steep incline in San Francisco’s North Beach district, turning a corner, and coming face to face with a delivery robot. Consider a delivery robot sliding into oncoming traffic due to a patch of ice in a Chicago neighborhood. City attorneys and legislators will address these and other scenarios.

Aside from these issues, the introduction of delivery devices into our economy signals another step toward job automation. Many manufacturing, crop cultivation, fast food, and shipping jobs have been lost to robots in recent years, so autonomous trucks, taxis, and delivery devices will be flooding the market. For many small food-based businesses, food delivery is the largest and fastest-growing source of revenue. We appear to be narrowing the field of unskilled labor in a thriving economy, and our elected leaders may need to intervene to calm the ferocious job market sooner or later. Minorities and low-income people who work in trucking, delivery, and manufacturing will be disproportionately affected by automation.