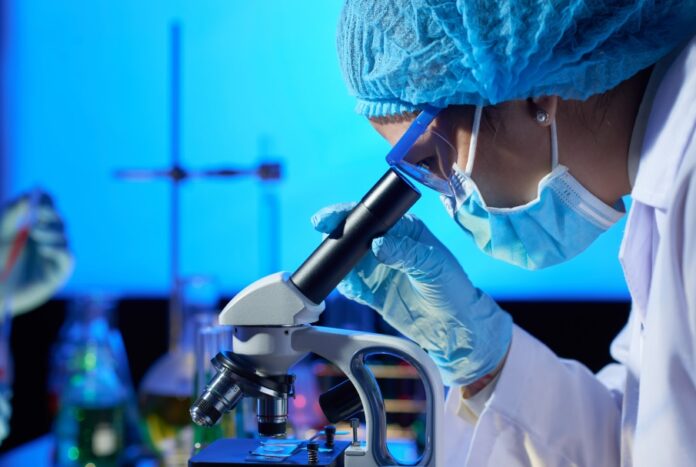 Using medical robots to support neurosurgery and pathologic investigations is an increasingly common option. They can often save time, reduce complications and provide other meaningful benefits. Letting robots assist in these procedures does not take the surgeon out of the picture. Medical professionals must learn how to work with the machine and understand what it can and cannot do.

Even so, many compelling reasons exist to rely more heavily on robots. Here are some of them.

In pathology, the processing of tissues onto glass slides is called sectioning. It’s a labor-intensive process since it happens entirely by hand. Plus, the number of people trained to do it is getting smaller. However, a New York-based startup called ClaraPath could ease these challenges. The company recently raised $16 million during a Series B investment round, bringing the total received to $39 million.

The company has a robotic and fully autonomous instrument called the SectionStar. It allows people to handle manual cutting, decision-making, and quality control with a single tool.

The SectionStar has robotic actuators that cut undistorted consecutive sections. The lack of distortion makes them suitable for overlaying genomic and molecular markers. Additionally, the data captured during tool use is higher than that gathered from manually sectioned samples.

Some of the overall advantages of the SectionStar are reportedly shorter lead times, lower costs, and improved quality. The tool is not yet widely available. However, its developers say it’s well-suited for use in the human and veterinary pathology realms. Thus, it could soon be a game-changer and address many pathology-related obstacles.

Pinpointing the Cause of Epileptic Seizures Without Invasive Surgery

All surgeries come with risks. However, since the brain is such a vital body part for functioning, people who need operations understandably look for the least-invasive options first. Robotic assistance can open more opportunities in that regard.

One such device allows neurosurgeons to learn about where a person’s epileptic seizures occur in the brain by making 10-20 small incisions. This approach provides excellent precision and is faster than other procedures traditionally used for seizure localization. Moreover, patients’ recovery timeframes are shorter, and people experience less pain.

The conventional way to approach seizure mapping is to perform a craniotomy. That involves creating a large opening in the skull so neurosurgeons can place an electrode grid on the brain’s surface. Doing that can adequately record brain signals but can’t capture what’s happening between two hemispheres or the deepest areas.

However, robot-assisted stereoelectroencephalography (SEEG) enables doing things differently by placing thin electrode wires within certain brain areas to gather data about the activity. A robotic arm makes holes of 2-3 millimeters in diameter on the scalp to feed the wires through. First, though, a 3D map of the brain helps neurosurgeons decide where to place the electrodes.

Doctors familiar with the robot-assisted procedure say it’s not for every patient with epilepsy. However, some believe that most surgeries of this type will eventually happen with robots’ help.

There’s a growing realization among pathologists that biobanks are instrumental in helping them develop new diagnostic methods and further medical research. Human biospecimens are essential for diagnostics and treatment development, and biobanks keep large quantities in one place. People are also exploring how robots could reveal additional benefits.

A team developed a robot to assist with processing high-density sample tubes in one example specific to pathology in cardiovascular and cancer research. Their paper about the project mentioned how most laboratory diagnostics errors happen in the preanalytical phases. For example, the sample tubes may be improperly stored. Moreover, labs have different protocols for handling samples, which means some breakdowns in processes could occur.

The researchers created a robot that could automatically transfer samples between source and target plates, automating part of the process and significantly reducing the error rates. This is only one example of what’s possible.

Officials in Dubai plan to open the United Arab Emirates’ first robotic biobank in 2023. It will hold up to 7 million samples, making it one of the world’s largest per capacity. The facility’s system will also use artificial intelligence (AI) to keep samples stored in cryogenic conditions while ensuring their integrity during retrieval.

Since this is the first robotic biobank in the UAE, people involved with the project believe it will attract researchers from across the region and around the world. The associated collaboration could mean that new treatments for some of the most common and debilitating conditions will be discovered even faster.

People involved in neurosurgery research continually try to push the boundaries of what’s possible during operations. Succeeding in that goal could improve patient care and surgeon workflows. Things can get particularly complex when doing surgeries on kids’ brains. Brain tumors are the most common type of solid cancer in children.

Endoscopic procedures to remove them are preferable due to their minimal invasiveness. However, those aren’t always possible, particularly for pediatric patients. That’s because the standard tools are not always versatile enough to get the job done while controlling bleeding.

However, recent research could change that. A team created microrobots with tiny gripper forceps mounted on a wrist-like structure. Magnets attached to those components allowed controlling the parts with an external magnetic field. The forces facilitate either opening or closing the gripper or moving the wrist-like structure that holds them.

Researchers’ tests on a 3D-printed brain structure showed that the robotic device could go into the organ’s ventricles and remove a simulated tumor, remaining completely controlled by the magnetic fields. The team is now working on a second prototype that features a simpler design and provides more control. Both prototypes are about 2.5 millimeters across. That’s approximately half the standard microsized tools used for endoscopic surgeries.

It’ll be a while before these innovations are ready for real-world use in the operating room. The people involved need to determine the best ways to generate magnetic fields during procedures and will experiment with different ways of setting up the magnetic coils. However, if their efforts pay off, they could forever change endoscopic brain tumor removal methods.

Biopsies are critical in helping specialists make diagnoses that allow patients to get on the correct treatment regimens. Biopsies taken from patients go to pathology labs for people to examine them with specialized tools and make informed conclusions about the findings. However, the quality of the biopsy collected during the patient’s procedure can strongly affect overall outcomes.

Intuitive’s company has a robotic device called the Ion that improves what happens during lung cancer biopsies. The device has a 3.5-millimeter catheter, making it easier to navigate through small airways and get to hard-to-reach nodules. Estimates suggest physicians will use the Ion in approximately 20,000 procedures in 2022.

The Ion recently got FDA clearance for people to use it along with an imaging system that improves the catheter and biopsy tool placement. The preliminary results of a 69-subject clinical trial across multiple locations showed that the Ion helped achieve an 83% diagnostic yield. That figure represents the likelihood that the tissue samples taken during the biopsy are sufficient to allow for a confident diagnosis in the pathology lab.

Moreover, no patients who had lung biopsies with the Ion had adverse events associated with their procedures. Also, using the Ion and the imaging system reportedly caused a 10% increase in diagnostic yield. This demonstrates how robotic assistance systems and other advanced technologies could get even better results than one option alone.

Robotic-Assisted Procedures Are Worth Investigation

These examples show why it’s often worthwhile to see if robots could improve neurosurgical and pathology outcomes. Such interventions are not right for every patient, so medical team members must evaluate various aspects before reaching their conclusions. However, as medical robots become more advanced and widely used, opportunities to use them in realms here and elsewhere should become even more apparent.