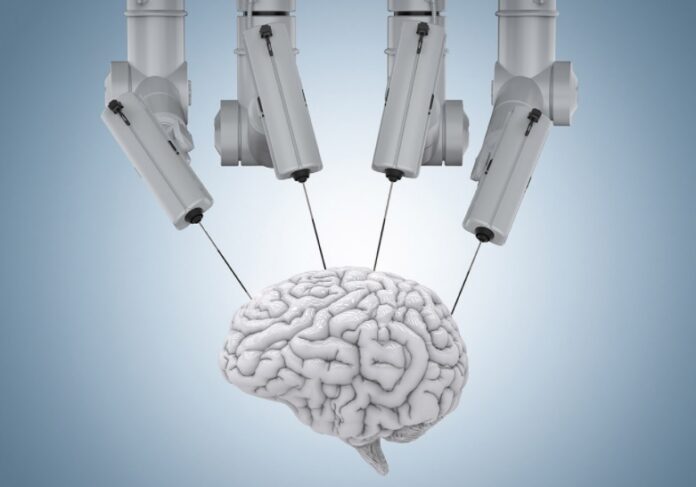 Neurosurgery is a specialty that involves operating under a microscope for high precision and careful tissue handling. The brain is a 3-dimensional structure enclosed within the skull by rigid bone and easily damaged by even minor excursions of surgical instruments. Human limits to safe tissue handling are a few hundred microns under the best conditions, much more than the range of visual recognition with new microscopes. Such a discrepancy is due to the physical limitations of the human hand. Addressing this discrepancy with appropriate technological breakthroughs and innovation would help perform better surgeries.

Since the invention of industrial robots, robots in neurosurgery have been a fascinating concept. Other than making surgery easier and safer, using the advantages of a robot to complement human limitations could potentially enhance surgical possibilities. Various disciplines of neurosurgery, such as cranial surgery, spinal surgery, and radiation therapy, have made significant progress in this direction over the last few decades.

The first instance of using a robot in neurosurgery was in 1985 for stereotaxy, where an industrial robot (PUMA) was used to hold and orient a biopsy needle. Since then, robotic applications have developed in safety and functionality.

They have been tested and practiced in neurosurgical procedures such as brain irradiation (using the CyberKnife), pedicle screw placement, navigation in neuro endoscopy, robotic frameless stereotaxy, and even robotic or robot-assisted microsurgery.

The recent development of NeuroArm is a significant milestone in combining the abilities of stereotactic surgery and microsurgery in a single system with intraoperative real-time MRI navigation. However, a few large chasms still need to be bridged for this giant technological leap to be seen as a standard of patient care in neurosurgery.

Most of the robots used in neurosurgery are semi-active robotic systems with a shared control system, in which the surgeon performs the procedure with the guidance of the robot. For instance, NeuroArm is a comprehensive robotic system with intraoperative MRI ability and the ability to perform both image-guided procedures (stereotaxy) and motion-scaled fine open micro-neurosurgery. This master-slave robotic system consists of a robot, a controller, and a workstation or console.

The robot’s design is adaptable to the procedure performed and based on surgeons’ dual-arm (ambidextrous) design. The robot has two arms, each with seven degrees of freedom and one degree of freedom for tool actuation, attached to each end effector.

The future of robotics in neurosurgery will be based on the need for precision in smaller operative spaces. Robotic master-slave robots take more time than a standard microsurgical operation performed by a surgeon. This may limit the use of robots in long surgical procedures. However, operator training and design optimization can decrease the operative time while using a robot (as experienced in many of our robotic experiments).

Incorporating various preoperative images such as functional MRI, diffusion tensor imaging, three-dimensional angiography, and intelligent solutions to help get the surgeon to the target site without destroying normal tissues will be key reasons for using robotic devices. Smaller-sized robotic machines (possibly micro or nano) may help create robots that can self-assemble and disassemble after performing the required task. Such robots can find a place in endovascular surgery, intraventricular surgery, and tumor surgery through a small space.

Robots such as NeuroArm, despite being commercially available for more than a year, are not widely used in operative microsurgery. A system that confers on us the ability to perform surgeries that can otherwise not be done with existing technology will be readily tested and adopted. Curvilinear, minimal access surgery is one such technology that can help neurosurgeons reach beyond the current frontiers.

For robots to be embraced in neurosurgery, it would need a fine complement of human strengths such as judgment and the ability to react to situations, with the advantages of the robot. Reaching this fine balance is a function of advancing technology and appropriate design. The design of robots that can contribute accuracy, indefatigability, and zero tremors to a surgeon’s judgment can help push the limits of human performance in microsurgery. Neurosurgery in the future, especially with the minimal access techniques requiring superlative technical and fine motor skills, would benefit from such a system. Much remains to be seen whether the heights of engineering can appropriately complement the finesse of the fingers, which has evolved over millions of years.