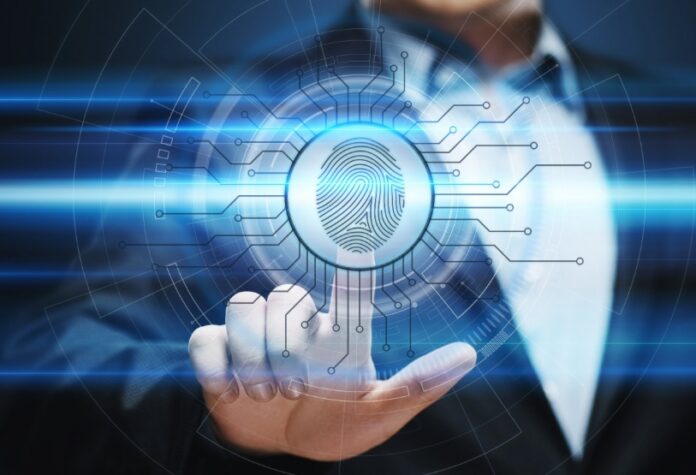 For thousands of years, we have been identifying our fellow human beings based on their voice, appearance, or gait. However, a scientific and systematic basis for human identification started in the 19th century when Alphonse Bertillon introduced the use of several anthropomorphic measurements to identify habitual criminals. The Bertillon system became very popular but was short-lived since it was soon displaced by the more reliable and easily-recorded fingerprints.

Since the early 1900s, fingerprints have been an accepted method of identifying suspects and criminals in forensic investigations. Today, virtually all law enforcement agencies around the world are using Automatic Fingerprint Identification Systems (AFIS), which consists of computers to match fingerprints against a known and unknown printed database.

Other physiological and behavioral human characteristics have been used for identification with growing concerns about terrorist activities, security breaches, and financial fraud. These distinctive characteristics, or biometric traits, include features such as the face, iris, fingerprint, and voice. Fingerprints, face, and iris are amongst the most popular physiological characteristics used in commercial biometric systems, with fingerprint alone capturing over 50% of the civilian market share.

Biometrics is now a mature technology that is widely used in various applications, ranging from border crossings to visiting Walt Disney Parks. Yet, many inventors, companies, and universities continue to search the frontier for the next biometric that shows the potential of becoming the best. This post will explore some of the emerging biometric technologies, their pros, and cons.

DNA (deoxyribonucleic acid), which is present in every cell’s nucleus in the human body, is a highly stable biometric identifier that represents physiological characteristics.

Except for identical twins, every human’s DNA structure is unique and serves as a unique genetic code, with half coming from each parent. It is composed of genes that determine physical characteristics (like eye or hair color).

The DNA samples can be acquired from a wide variety of sources, from hair, fingernails, saliva, and blood samples. Identification based on DNA requires first isolating from source/samples, amplifying it to create multiple copies of the target sequence, followed by sequencing that generates a unique DNA profile.

Though DNA profiling is recognized as the most consistently effective method of establishing a permanent record of identity, its role as a method of identity verification currently remains limited. Nonetheless, the accuracy of DNA suggests that it could potentially be used for biometric recognition in the future.

Some people can easily recognize the identity of someone close to them on the basis of their gait. Gait is a complicated Spatio-temporal biometric, related to the specific way an individual walk.

In this method, a video camera captures the specific patterns in an individual’s walking. An algorithm then determines the mathematical relationship between each point of movement of the body and creates a signature pattern (template) necessary for recognition.

Biometric gait recognition utilizes the shape and dynamics of the body as it moves. These factors are predominantly assessed through silhouette matching. Gait is not considered to be very distinctive across large populations, but in low-security applications, it is considered to be sufficiently distinguishable for recognition purposes.

Though gait recognition is not considered to offer very high performance in indoor applications, it has shown better performance outdoors. Changing environmental conditions, such as illumination and the presence of shadows, can adversely affect recognition accuracy. Research is currently underway to overcome factors affecting the accuracy of gait recognition.

This biometric method is based on the recognition of the distinctive odor emitted by every individual. Body odor exhibits strong authentication over other newly emerging biometric systems since human scent can not be replicated. Compared to other biometric identifiers such as iris, fingerprints, and face recognition, the body odor as a biometric identifier has the lowest error rate (15 percent).

Keystroke dynamics is a process of measuring and evaluating the rhythm you typed on digital devices. Every individual has a characteristic way of typing on a keyboard, which is sufficient for use in biometric recognition systems. This technology can assess an individual’s speed, pressure, the total typing time for a specific password, and the time is taken between hitting certain keys. Keystroke dynamic systems are moderately resistant to circumvention, but they are usually used for low-security applications. Besides, not all individuals can exhibit keystroke dynamics, for example, due to insufficient literacy levels or competence in using computers.

Dental biometrics utilizes dental radiographs to identify people based on their unique dental characteristics. The dental radiographs provide information about teeth, including tooth contours, relative positions of neighboring teeth, and shapes of the dental work (e.g., crowns, fillings, and bridges).

Skull Resonance is an emerging biometric system that sends sound waves through the head of a subject to produce a unique sonar profile. It analyzes the characteristic frequency response created by the user’s skull.

Skull-based authentication is more secure than fingerprint, face, iris, retina, and voice because nobody can change the skull’s shape when the human is alive. Several algorithms and techniques have been proposed for skull-based biometrics.