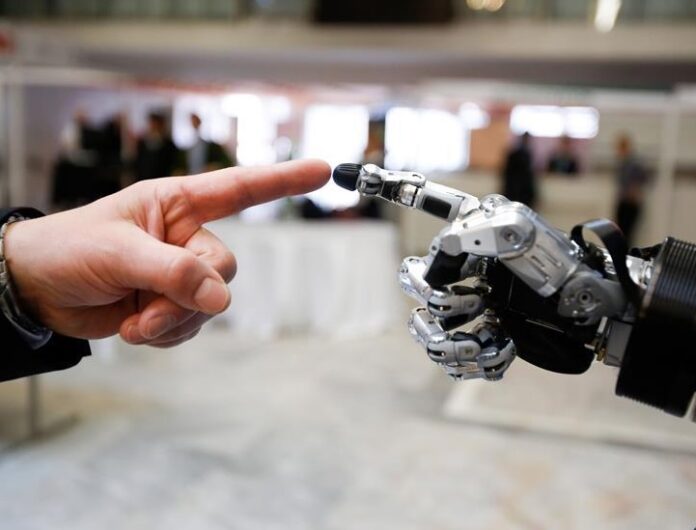 Slovenia has a long tradition of robotics, beginning its dynamic growth in the late 1970s with the early models of Goro and Roki, followed by a significant number of robotics platforms and industrial applications.

Despite being considerably small, Slovenia plays an integral part in the development of European robotics. It has many of the most prominent enterprises in the global robotics industry.

Slovenia ranks seventh place in the world when it comes to the share of robots in the auto industry, the most robotized sector in the country. According to IFR (International Federation of Robotics), the number of robots per 10000 workers in Slovenia is 144, whereas the European average is 106 robots, and in the US, it is just 91.

The department of Automation, Biocybernetics and Robotics at Jozef Stefan Institute, a leading scientific research institute in Slovenia, is an interdisciplinary group of researchers with a focus in the fields of electrical, mechanical and biomechanical engineering, computer sciences, automatics and robotics, including intelligent control, humanoids, cognitive robotics, and robot vision.

The common theme of their research endeavors is to combine engineering sciences and life sciences, optimize the behavior of machines during the interaction with the environment. The department has three groups: Automation and intelligent robot control, Humanoid and Cognitive Robotics (HCR), and Environmental physiology and ergonomics. The department made significant contributions to the development of new methods for sensorimotor learning by imitation and coaching, a planetary habitat simulation facility, and humanoid vision systems.

The research group under automation and intelligent robot control focuses on the development of advanced control strategies for robot systems working in unstructured environments, low-level reflexive control, stability, bioinspired control systems, robot motion synthesis through human sensorimotor learning, full-body optimal human motor control, cooperating robot systems and automation of industrial processes. The main goal of HCR is the development of robots intended for helping people in their natural environments, such as their homes. It requires the development of robotic systems, which can autonomously act in unstructured, human-centered environments.

Laboratory of Robotics at University of Ljubljana

The Laboratory of Robotics in the faculty of Electrical Engineering at the University of Ljubljana has long-standing excellence in man and machine movement analysis and artificial and natural motor control. The group has vast experience in research and applications in industrial and rehabilitation robotics.

In rehabilitation, the group develops robot systems and control principles for a safe and efficient man/machine interaction in medicine, sport, and rehabilitation environments. In industrial robotics, it builds the complex solutions for automation of industrial manufacturing processes.

The focus areas in the industrial robotics include the control of a large scale hydraulic telescopic handler for e-construction, haptic bimanual teleoperation system of industrial robots, robot cell for visual inspection and welding of protectors and micro-teleoperation robotic system.