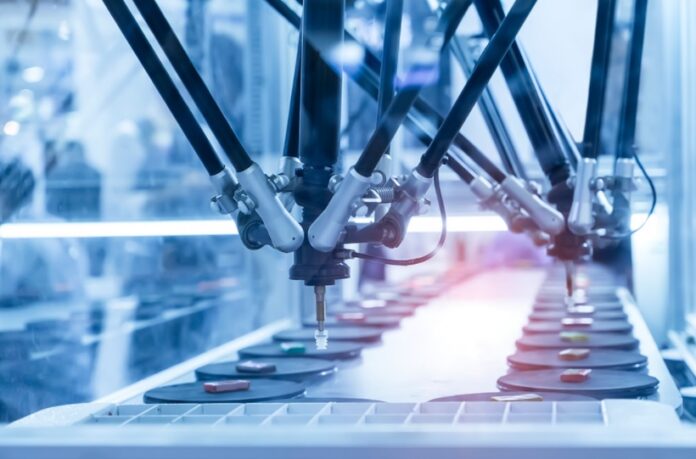 Robots have been part of industrial applications and automation systems for a long time. They are frequently associated with automation and the industrial revolution in general in the public mind.

Although robots traditionally have been operated as stand-alone machines in confined production cells, the distinction between industrial and service robotics is no longer as sharp as in the past, and there is a recent trend toward collaborative robotics and human-robot interaction, which enables manufacturing plants to migrate into the development of new kinds of production lines.

All fundamental elements of the traditional production line (i.e., the industrial manipulators) are being replaced or placed with cobots. In contrast, mobile manipulators (i.e., robotic arms on mobile bases) render obsolete the classical idea of an industrial robot strictly associated with a fixed and caged manipulator. Besides, autonomous mobile robots (AMRs) also enter factories and take on various roles autonomously, based on specific requirements.

The question here is what the future of robotics in industrial applications will look like. Let’s look at some of the key trends in robotics in manufacturing.

The invention of new materials

The research promises new materials for a new generation of robots in the coming years, such as smart materials for soft robots, which will be able to add new capabilities and features to robotics. New materials can be hard, like piezo, flexible, like shape-memory alloys, soft, like dielectric elastomers, or even fluid, like ferrofluids and electrorheological fluids, which change shape in response to electrical fields.

The concept of deploying soft robots in the industry is not new. Softness no longer entails deformability or the absence of rigid elements. The new soft concept refers to a new generation of robots with a muscular deformation, made of polymers that resemble bones and muscles and actuators that resemble gas bladders. These materials are low-cost, durable, and based on current technology.

New material research aims to replace metallic and rigid robots with smooth, soft robots that can collaborate with humans more comfortably. On large scales, the magnetic liquid metal droplet introduced, for example, can be stretched horizontally and vertically. This incredible stretching ability is reversible, long-lasting, and can be repeated many times.

A team of researchers recently created smart and biodegradable materials for robots that can be broken down and not pollute the environment. The plastic is replaced with a low-energy bioplastic made from food waste, and the stiffness of the material is suitable for external robot parts. Robot arms and androids made of these materials would resemble humans, and their bodies would decompose as if they were flesh and blood.

Sensorial capabilities are fundamental for any robotic application. The growing adoption of collaborative robots is pushing toward introducing advanced tactile skin sensors to be attached to the robot’s surface to guarantee the human operator’s safety.

Most sensors can detect contact pressure, but they can’t predict whether or not there will be an impact. The most recent trends in safety are toward the development of proximity skin sensors that can detect an object before any contact occurs, allowing for the measurement of proximity, contact, and force via an array of optical sensors. Employing time-of-flight sensors can detect the object’s position and its approximate shape before contact.

These sensors enable us to develop innovative grippers capable of performing assembly and picking tasks involving “critical” items, such as small and flat objects, for which suction cup grippers may fail if the objects are too light and fragile.

A growing sector in the industrial scenario is represented by exoskeletons, thanks to decades of research, advancements in enabling technologies, and big investments.

Exoskeletons can be divided into two categories, passive and active. Passive suits are fully mechanical and have no motors. They improve ergonomics and effectively distribute weight for their wearers. Their widespread adoption across big companies in automotive, aerospace, logistics, and construction constitutes an attractive market. Active robotic exoskeletons use motors for actuation, providing significant lift assistance to workers, thus reducing workforce injuries.

In construction, manufacturing, agriculture, and other industries adopting robotic structures, exosuits augment human motion to allow more lifting strength and improve production on repetitive tasks like squatting, bending, or walking. The potential for industrial exoskeletons is enormous, as are the rewards for entrepreneurs who can aggressively innovate and bring workable solutions to the market that deliver business value.