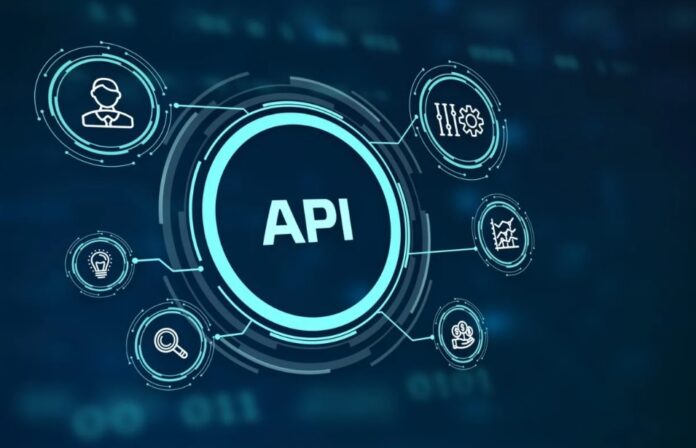 APIs have become a strategic necessity for companies to promote innovation and agility. Today’s end users demand access to confidential corporate information from any internet-connected device. Line-of-business functions now require APIs, and 83% of organizations view API integration as a crucial component of their business strategy.

However, the fear of unwarranted exposure to the valuable information these APIs exposes frequently tempers the financial incentive associated with this agility. By 2022, API abuses will be the most common attack method for data breaches in enterprise web applications, predicts Gartner.

A secure API can ensure the privacy of the data it handles by restricting access to only the Users, Apps, and Servers that have been permitted to use it. It ensures the accuracy of the data it receives from the clients and servers with which it works. Information will only be processed if it is certain that a third party has not changed it. An API must be able to handle requests and reliably process them to ensure that information is never lost.

This post will explore some of the most critical API security risks and their solutions.

APIs frequently expose endpoints that deal with object identifiers, leading to a problem with Level Access Control. By tampering with the ID of an object sent as part of the request, attackers can take advantage of API endpoints that are susceptible to flawed object-level authorization. Unauthorized access to sensitive information could result from this. Because the server component typically does not fully track the client’s state and relies on inputs like object IDs sent from the client to determine which objects to access, this problem is prevalent in API-based applications. Unauthorized access can lead to data loss, data manipulation, or data disclosure to uninvited parties. A full account takeover may also result from unauthorized access to objects.

There are two sub-issues:

As a result, hackers can take over other users’ accounts in the system, read their data, and carry out sensitive tasks like sending personal messages and making financial transactions on their behalf.

Developers frequently expose all object properties without considering their sensitivity in anticipation of generic implementations, relying on clients to filter the data before it is shown to the user. Excessive Data Exposure can be easily exploited. Typically, it involves sniffing the traffic to examine the API responses and look for exposed sensitive data that shouldn’t be given back to the user.

Clients are the ones who filter the data for APIs. Since APIs are used as data sources, developers occasionally generically implement them without considering the exposed data’s sensitivity. Because it’s difficult to distinguish between legitimate data returned from the API and sensitive data that shouldn’t be returned without a thorough understanding of the application, automatic tools typically can’t detect this vulnerability. Excessive Data Exposure commonly leads to the exposure of sensitive data.

Authorization flaws frequently result from complex access control policies with numerous hierarchies, groups, and roles and a blurred line between administrative and regular functions. Attackers can access other users’ resources and administrative features by taking advantage of flaws.

For an attack to be successful, the attacker must make valid API calls to the API endpoint to which they shouldn’t have access. Users who are not logged in or are regular, non-privileged users may have access to these endpoints. Since APIs are more structured and the method of accessing specific functions is more predictable (e.g., changing the HTTP method from GET to PUT or changing the “users” string in the URL to “admins”), it is simpler to find these flaws in APIs.

A function or resource’s authorization checks are typically managed through configuration, though occasionally at the code level. Due to the variety of roles and groups that can be found in modern applications and the intricate user hierarchies, implementing proper checks can be confusing (e.g., sub-users and users with more than one role). Attackers can gain access to unauthorized functionality thanks to these flaws. Among the main targets of this kind of attack are administrative functions.

Mass Assignment frequently results from tying client data (like JSON) to data models without the proper properties filtering based on a whitelist. Attackers can alter object properties without authorization by describing object properties, investigating additional API endpoints, reading the documentation, or including extra object properties in request payloads.

Understanding business logic, object relationships, and API structure are typically prerequisites for exploitation. Since APIs are designed to expose the application’s underlying implementation and the names of its properties, mass assignment is easier to exploit.

The use of functions that automatically bind client input to internal objects and code variables is encouraged by modern frameworks. Attackers can update or change sensitive object properties that the creators never intended to be exposed to using this technique. Exploitation may result in data manipulation, privilege escalation, evading security measures, etc.

Attackers frequently look for flaws that have not yet been patched, popular endpoints, or unprotected files and directories to gain unauthorized access to or knowledge of the system. Any level of the API stack, from the network to the application level, can experience security misconfiguration. Automated tools can find and take advantage of misconfigurations, such as unused services or outdated options. Security errors can reveal private user information and system specifics, which may result in a complete server compromise.

The API life cycle should include the following:

When untrusted data is sent to an interpreter as part of a command or query, injection flaws like SQL, NoSQL, Command Injection, etc., happen. The attacker’s malicious data may trick the interpreter into carrying out unintended commands or gaining unauthorized access to data.

Attackers will inject malicious data into the API using any available injection vectors (such as direct input, parameters, integrated services, etc.), anticipating that it will be sent to an interpreter.

Injection flaws are frequently discovered in OS commands, XML parsers, LDAP or NoSQL queries, and ORM. When reviewing the source code, these errors are simple to find. Scanners and fuzzers can be used by attackers. The injection can lead to information disclosure and data loss. It may also lead to DoS or a complete host takeover.

Since APIs expose more endpoints than conventional web applications, accurate documentation is crucial. Deprecated API versions and exposed debug endpoints are just a couple of the problems that can be mitigated with a proper inventory of hosts and deployed API versions.

Since outdated API versions are frequently not patched, it is simple to compromise systems using them without dealing with the cutting-edge security measures that may be in place to defend more recent API versions.

Finding and/or repairing vulnerabilities is more challenging when the documentation is outdated. Lack of asset inventories and retirement plans results in unpatched systems being used, which exposes sensitive data to leakage. Due to contemporary concepts like microservices, which make applications simple to deploy and independent, it’s common to find hosts with unnecessary API exposure (e.g., cloud computing, k8s). Through outdated, unpatched API versions connected to the same database, attackers may access confidential information or even take control of the server.

Attackers can continue attacking systems, maintain persistence, and pivot to more systems to tamper with, extract from, or destroy data when insufficient logging and monitoring combined with missing or ineffective integration with incident response. According to most breach studies, it typically takes more than 200 days for a breach to be discovered, and external parties more often than internal processes or monitoring do so.