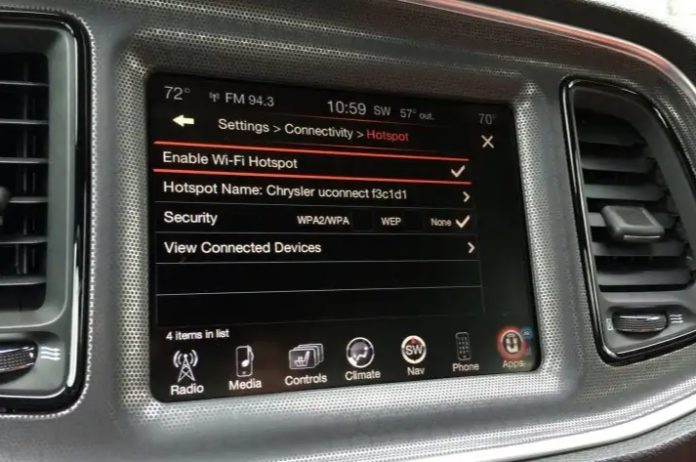 All autonomous vehicles require continuous, real-time, wireless connectivity to communicate between users and many sensors and devices. It is critical to enabling crash prevention, safety, and mobility. This post will provide a brief explanation of the various communication technologies used in autonomous vehicles and how they are used in AVs.

All communication technologies used in AVs use radio frequency (RF) spectrum which refers to the part of the electromagnetic spectrum corresponding to radio frequencies below about 300 GHz (or, equivalently, wavelengths longer than about 1 mm).

Vehicle telematics applications use commercial wireless voice and data communication services. They use data either through an embedded data connection or a smartphone. Most connected-car platforms today rely on drivers using their smartphones to connect their apps to the network. In contrast to radios embedded in cars, new smartphones are now able to improve speed, capacity, and efficiency. They also improve safety and convenience for drivers and passengers. The technology would also make services such as real-time traffic and navigation updates possible.

4G is currently a standard for wireless data communication technology that uses new digital signal processing techniques and modulations to increase the capacity and speed of wireless data networks. The technology enables today’s carmakers to provide features such as a Wi-Fi hotspot in-car, Internet radio, Web services, and an enhanced navigation system that displays street-level visual imagery streamed to the vehicle.

DSRC is a short-range (less than 1,000 meters) wireless service specifically designed to be the wireless link between vehicles and between vehicle-to-vehicle (V2V) and roadside infrastructure. DSRC is intended to support safety applications such as avoidance of intersection collisions. DSRC is also used for non-safety messages and vehicle diagnostics. DSRC has been subject to some controversy due to the lack of current applications for it. The unlicensed uses of this spectrum are also the subject of considerable debate.

Bluetooth is a wireless technology that uses short-wavelength radio transmissions to exchange data from fixed and mobile devices over short distances. It creates a personal network with a high level of security. It also allows mobile phones brought into a vehicle to route incoming and outgoing calls through the vehicle, creating a hands-free wireless phone. While it is primarily used in automobiles to extend the capabilities of wireless phones, it can also be used as a means of facilitating the vehicle’s communication, either by enabling V2I communications or by transmitting data for re-transmission to a wireless phone.

Wi-Fi is a popular technology that enables an electronic device to exchange data wirelessly (using radio spectrum) over a computer network, including high-speed Internet connections. There are a few different ways automakers can achieve Wi-Fi in-car. It’s just another way to accomplish the same thing: a reliable internet connection while on the go for multiple users at once.

Wireless Router for Mobile Wi-Fi Hotspots: This is a mobile version of the home-based wireless router. It connects via a cellular network to the Internet, requiring you to sign up for a subscription plan.

4G LTE Wi-Fi: This provides a slightly different way of connecting to the Internet at high speed. Like your smartphone, the car uses its infotainment system to connect to the Internet. You can then pair devices once a connection has been established. This also requires a subscription to a cellular network.

Wi-Fi Enabled In-Car Telematics System: These systems enable the user to pair their smartphone and then use it as a Wi-Fi hotspot for their smartphone connection to the Internet. It is one way to sidestep paying for a new cellular in-car network as the car’s Wi-Fi piggybacks you are already paying for on your smartphone’s subscription plan.