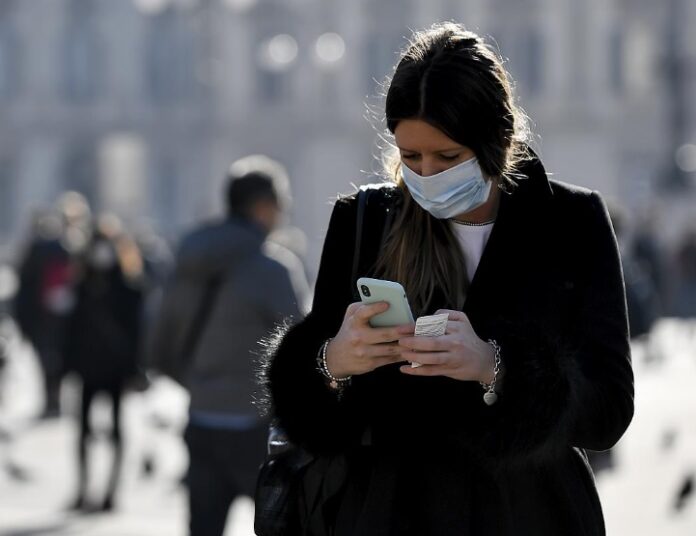 According to World Health Organization (WHO), more than 600 million people were affected, and almost six million died due to COVID-19.

Due to health and safety countermeasures, global citizens faced unprecedented changes to their daily routines, including stay-at-home orders, travel bans, and closures of educational institutions and entertainment-related locales.

Consequently, pandemic counteracts have significantly impacted, mostly due to social distancing, especially in hospitals, nursing, or old-age homes. Thankfully, during the height of Covid-19, robots were utilized in various ways, from helping to clean hospital rooms to spotting social-distancing violators.

Here is a look at eight ways robots were creatively used throughout the pandemic.

During the height of the pandemic in Italy, the Policlinico Abano chain of hospitals used UVD robots to disinfect patients’ rooms using ultraviolet light.

The robots are capable of moving completely autonomously. Therefore, human cleaners and patients could avoid potential exposure to Covid-19.

In the Italian Circolo Hospital in Varese, doctors and nurses used robots developed by the Chinese company Sanbot as their avatars to help them check on patients around the clock to minimize exposure to Covid-19 and conserve protective equipment.

The robots were equipped with cameras and microphones and could assess things like the blood oxygen levels of patients.

The robot Ari, developed by Pal Robotics, was used during the pandemic to ensure hospital patients took their medication. Ari can also interact with patients, so the lack of social contact didn’t overly impact them.

In Ostend, Belgium, a waist-high robot developed by ZoraBots was used to help people in nursing homes to communicate with their loved ones during lockdown when in-person visits were banned. The robot was equipped with a screen, a microphone, and cameras.

The well-known Pepper robot, developed by SoftBank Robotics, was also used to help human interaction during the pandemic.

Four Pepper robots, mounted with tablets for video display calls, were lent to the Pitié Salpêtrière university hospitals in Paris during the Covid-19 outbreak, enabling patients to have contact with loved ones in the outside world.

Furthermore, Pepper can detect whether a person is wearing a face mask, so the robot was often used to remind people who were not wearing masks that face masks were compulsory.

And other robots that used VoIP technology were used in hospitals and hotels where people were quarantined throughout the pandemic to help people stay in touch with their loved ones while remaining physically contactless.

Check out this quick breakdown of the best providers to learn about VoIP services.

At a medical center in Rwanda, robots developed by the Chinese company UBTech Robotics were used during the pandemic to check the temperatures of people who walked into the facility by using thermal cameras attached to the top of the robots’ heads.

The robots reminded people to wear face masks and wash their hands. Also, at a hospital in Bangalore, India, a robot known as Mitra was used to perform preliminary screenings of patients using a thermal camera.

During the Covid-19 pandemic, doctors and engineers at the University of Southern Denmark and Lifeline Robotics in Denmark began working on a fully automated robot that could identify the right spot in people’s throats to perform a swab test.

Using robotic arms and long swabs, the robot could reach into throats and collect samples for Covid-19 testing.

In a hospital in Texas, a humanoid robot that Diligent Robotics developed was used to fetch supplies and take them to patients’ rooms.

And in various places worldwide, delivery robots were used to deliver online orders to people in lockdown and quarantine.

For instance, in Hamburg, Germany, a six-wheeled robot that Starship Technologies developed delivered groceries to people, using cameras and GPS to navigate.

And in Medellín, Colombia, the company Rappi used a fleet of robots to deliver take-outs to locked-down people.

7. Providing Tours of Attractions During Lockdowns

With attractions closed down worldwide during the height of the Covid-19 pandemic, the Chiba Zoological Park in Japan devised a creative approach to keep its tours going.

The park used an autonomous robot vehicle known as RakuRo to provide virtual zoo tours to children stuck at home. The robot was equipped with 360-degree cameras.

Many curfews came into effect around the world during the pandemic. In Tunisia, the police force used a tank-like robot to patrol the streets of the capital Tunis to verify whether people outside during curfews had permission to be outside.

Similarly, in Singapore, a robot dog called spot, developed by the company Boston Dynamics, was used to identify people who were not socially distant outside.