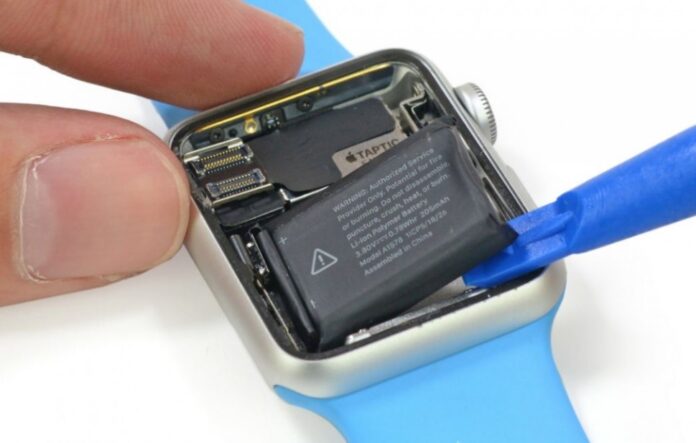 Over the years, wearable sensors gained considerable attention due to offering constant and real-time physiological information about the human body. They dynamically and noninvasively monitor cardiovascular activity, body signals such as heart rate, blood pressure and respiration rate, and sweat content and interstitial fluid, including glucose, sodium, and potassium levels.

Apart from their clinical applications, wearable sensors can sense changes in human physiology, biochemistry, and motion, which is required for both diagnostics and treatments in sports applications. Additionally, they can play a vital role in treating chronic illnesses by realizing continuous drug monitoring, a promising technique intended to replace current therapeutic drug-monitoring strategies.

Physicians have used wearable sensors in several formats built to be attached to the human body to measure bio-signals. Biosensors can be embedded in glasses, contact lenses, mouth guards, clothing, wrist bands, and many other products.

Although wearable sensors have strong potential for improving current medical systems, as they can provide extensive monitoring of various physiological functions and highly efficient economical services in various fields, they need appropriate energy sources. Their maintenance depends on a continuous, stable, and sufficient supply of power.

Different forms and applications of wearable sensors require different amounts of energy to work. Therefore, it is important to design and select reliable energy supply systems with suitable structures, sizes, and energy densities.

Similar to any embedded system or portable device, wearable technologies require batteries to operate. Consumers would like smaller and thinner gadgets with batteries that can last for an extended period.

Over the years, several different kinds of batteries have been introduced to meet the power requirements of various wearable sensors. One of the most widely used batteries is alkaline batteries (referred to as AA and AAA), available since the 1960s. These batteries are safe and easily replaceable. They are also available in coin cells and have a 1.5 V standard voltage and an 11.6 mm diameter, and 5.4 mm height. However, alkaline battery voltages drop with continued use; a steady and stable voltage is not achievable, and the voltage drops sharply near the end of the battery’s life. Devices powered by batteries require frequent charging, which can bring inconvenience.

Advantages of using batteries in wearables:

Researchers have made substantial attempts to replace batteries as an energy source for numerous applications. Solar cells have been introduced to replace batteries to make devices lighter and more efficient. Solar energy has various benefits in maintaining wearable device functionality. Solar cells can charge wearable devices through a USB connection integrated into a piece of cloth, which is very convenient in constructing different modules of devices via a standard interface, making devices more user-friendly and reducing their power demand. Since the introduction of miniaturized solar cells, it has become possible to generate power by solar energy in various wearable objects. Thus, the use of wearable sensors has become more convenient than ever before.

Advantages of solar cells in wearables:

TEGs utilize the Seebeck effect to convert heat into electrical energy. TEGs last for a long time, produce no noise and generate the energy needed to directly power wearable devices by converting heat into electrical energy. Advancements in TEGs have allowed for more efficient power conversion. Thinner devices can reduce the profile and complexity of devices and remove the need for regular changes or swaps of energy cells. Additionally, TEGs can be directly integrated with wearable textiles.

Thermoelectric energy has some advantages over other wearable sensor power sources. For example, converting mechanical energy into electrical energy requires the user to be active, which may not be possible for elderly or bed-ridden individuals. Additionally, when users are exposed to low-lighting conditions, solar cells may not function properly. On the other hand, TEGs yield constant power as long as a difference between the temperature of the skin and the ambient temperature exists, which is typical for most practical conditions.

Radio Frequency (RF) harvesters, which use wireless power, offer an energy solution for wireless sensor networks. RF technology harvests energy from the surrounding or dedicated energy sources. Unlike other energy harvesters, such as solar cells or chemical generators, RF harvesters offer a continuous and controllable source of power, which makes them desirable for applications requiring higher energy levels.

Near-field inductive coupling is relatively mature and has been used to power cochlear implants. However, there are also some problems in applying RF harvesters to power wearable sensors. For example, RF energy harvesting cannot generate enough power without perfect alignment in near-field systems. Far-field RF harvester systems have low PTE inherently and may not satisfy the power requirements of wearable devices. One of the main concerns of RF harvesters is their capability to provide enough energy. On the other hand, RF harvesters need wake-up power. Although RF energy seems to act as a desirable and reliable energy source for wearable devices, there is still room for constant advancement.

BFCs are another energy recovery method used for wearable sensors. A fuel cell refers to an electrochemical cell wherein current is generated by reactions between the chemical species flowing into the cell at the anodic site and the oxidant at the cathodic site. The use of fuel cells to power wearable sensors has several advantages. The most important advantage is that the presence of reactants inside the fuel cell makes it unnecessary to replace the batteries. In addition, elderly or bed-ridden individuals may utilize wearable sensors powered by BFCs using reactants available in the human body, such as glucose or lactic acid.

When BFCs are used to power wearable sensors, the power supply can be combined with biosensing to simplify the design. Epidermal BFCs have been used to oxidize lactic acid in sweat to generate energy. The energy generated from sweat helps the biofuels create ten times more energy per unit area than any other biofuel used in wearable sensors. The biofuel cell array is proved to be of high performance in powering devices with low power cost. In general, BFCs are highly biocompatible, with lower fabrication costs. However, BFCs require further studies to enhance their PCE.

Energy harvesters (EHs) are another type of energy source used to power wearable sensors. EHs function by trapping and accumulating vibrational energy produced by either human body movements or natural phenomena. Classified by their transduction mechanisms such as electromagnetic, electrostatic, piezoelectric, and triboelectric, ESs are considered green because they are biocompatible and environmentally friendly. ESs provide low voltages and are suitable for applications requiring low power.

A combination of solar and thermoelectric energy sources is very popular in this category, broadening and increasing the total output power. The two technologies can be effectively combined if there is a significant temperature difference across the thermoelectric module with a contrasting heat flow. A combination of electromagnetic and thermal effects is another common strategy used to harvest energy for wearables.

In general, hybrid generators have fewer applications than single-source generators because they are generally less flexible; however, they can offset the limitations caused by harvesting energy from a single source.