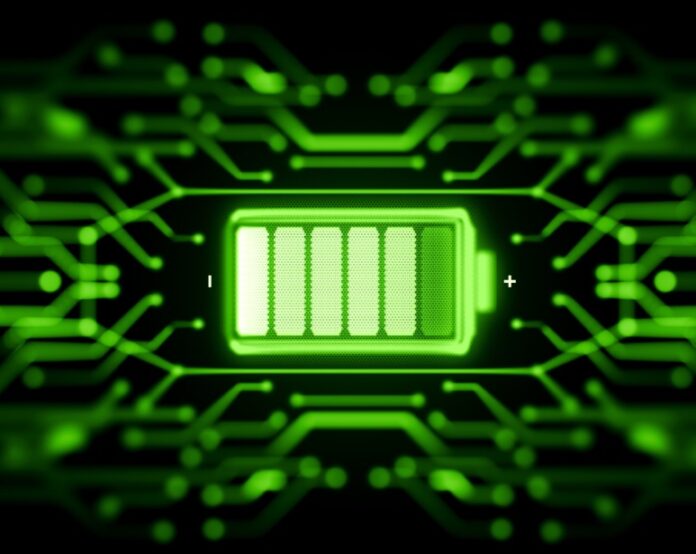 It has been 25 years since the rechargeable lithium-ion battery was released in a commercial version by Sony. It was invented in the UK and now can be found in countless smartphones, laptops, and other electronic devices.

For products ranging from drones to smartphones and automobiles, rechargeable lithium-ion batteries offer the best combination of compactness, power, and efficiency. Nonetheless, research into alternatives that can improve performance in various areas, including energy density, specific energy, and cycle life, continues (how many times a cell can be recharged before it needs replacing).

Lithium-ion chemistry is used in most commercial electric vehicle batteries, making it the standard against which all potential alternatives are measured. Different electric vehicle manufacturers have used a variety of battery system architectures. Tesla employs a large array made up of thousands of small cylindrical cells. Tesla used mass-market 18650 cells initially but switched to slightly larger 21700 cells.

Other developers prefer prismatic cells with fewer but higher capacities. A large prismatic cell’s casing makes up a smaller percentage of its total weight, allowing for higher specific energy. Alternatives to lithium-ion batteries, such as lithium-sulfur (Li-S) and other chemistries using lithium metal anodes, are likely to remain lithium-based in the near future. Let’s look at some of the most promising battery technologies for the future.

In traditional lithium-ion cathodes, the main development trend has shifted from well-established lithium cobalt oxide (LCO) chemistry. Developers are eager to investigate alternatives to cobalt, which is a costly, toxic element with a low capacity. Nickel has been a popular substitute because it is both less expensive and less toxic, but lithium nickel oxide (LiNiO2), the direct analog of LCO, is not stable enough. Nickel-based cathodes have been stabilized by combining nickel with cobalt and other metals like aluminum and manganese.

Nickel is an appealing prospect for mass-market applications because of its low cost and high nickel capacity compared to cobalt. Nickel cobalt manganese alloys have been found to work well in cell phones and other consumer electronics. Panasonic and Tesla, on the other hand, use nickel cobalt aluminum (NCA) in their commercial electric vehicle cells.

Capacity and stability are the two major trade-offs. More nickel in the mix means more energy, but it also means a shorter cycle life. Even though researchers have put a lot of effort into improving nickel-rich cathodes’ capacity and cycle life, the approach can only provide incremental improvements in specific energy and energy density rather than the step-change needed to make them commercially viable.

Other high-capacity intercalation materials are compatible with current lithium-ion configurations and could be used in future solid-state and lithium-metal cells. Vanadium-based materials have attracted much attention, with electroactive lithium vanadyl phosphate (LiVOPO4) showing promise.

Low conductivity and cycle life are common characteristics of LiVOPO4 and similar materials. They are at a lower level of technological readiness, so they have a long way to go before they can be commercialized.

Increasing the operating voltage of a cell by using new cathode materials like lithium-nickel-manganese oxide (LNMO) and lithium cobalt phosphate and other transition metals like manganese or vanadium can increase specific energy and energy density while also improving the battery’s efficiency.

Like those found in today’s electric vehicles, large battery packs are made up of a series of cells. The connections that connect these cells are a source of resistance, resulting in gradual voltage drops as electrons pass through them. It may be possible to counteract this effect by increasing each cell’s operating voltage, requiring fewer cells and interconnections. This would lower the battery’s overall resistance and increase its efficiency. This solution reduces the battery pack’s mass and volume without lowering its energy output.

The lack of a high-voltage electrolyte is the main stumbling block to developing high-voltage cathodes. Existing organic solvent-based electrolytes decompose and become unstable at higher voltages, rendering them useless – but a suitable synthetic alternative may not yet exist. Efforts so far have yielded mixed results, with most of them having a short cycle life. Although some claim to have solved the problem, locating evidence has proven difficult.

It is a promising anode material because silicon is denser than graphite and has a much higher theoretical capacity. Some commercial cells already use silicon and silicon-oxide materials alongside graphite in composite anodes. Nonetheless, they typically contain no more than 5% silicon by weight. Some scientists are looking into ways to boost the silicon content of composite anodes, while others are attempting to create anodes made entirely of the material. Although the focus here is on energy density, adding silicon to the anode allows for using “fluffy” carbon material at the anode, which has a higher power capability and allows for faster charging.

Silicon’s theoretical capacity is nearly ten times that of graphite, at 3600 mAh/g. This enables much thinner electrodes, resulting in a smaller cell with significantly more energy. Compact consumer electronics manufacturers are likely to keep a close eye on this technology’s development. Enovix, a California-based company, claims that its pure silicon anode increases energy density by 80% for wearable devices and 30% for smartphones. The company does not provide specific energy metrics. Nonetheless, in December 2018, Amprius, a California-based company, announced that its silicon anode lithium-ion cells had been successfully demonstrated in Airbus’ Zephyr S pseudo-satellite. This technology produces 435 Wh/kg of specific energy, around 100 Wh/kg more than Zephyr’s previous Li-S cells.

Silicon swells as it absorbs lithium ions, growing up to 320 percent in size. The anode fractures and degrades due to repeated expansion and contraction as the cell is charged and discharged, resulting in a rapid loss of capacity.

Tin, like silicon, can reversibly react with lithium to form alloys. While tin has a lower gravimetric capacity than silicon, it has a similar volumetric capacity. With Sony’s Nexelion 14430 lithium-ion cell, introduced in 2005, tin-based anode materials were incorporated into commercial cells before silicon. The anode in these cells was made up of roughly half graphite and half 1:1 tin-cobalt alloy. Sony released a second-generation Nexelion cell in the common 18650 formats in 2011, with a power density of 723 Wh/l and 226 Wh/kg. This was approximately 30% higher than equivalent graphite-only cells at the time.

The gravimetric and volumetric capacities of tin anodes are very high. Pure tin has a theoretical capacity of 993 mAh/g, while tin oxide (SnO2) has a capacity of 782 mAh/g. Tin is also eco-friendly, cost-effective, and secure.

Conversion batteries produce current via a reversible chemical reaction, unlike lithium-ion batteries based on intercalation. Lithium ions shuttle between a lithium-metal oxide cathode and a graphite anode. This mechanism is common in other battery systems; large-scale commercial battery systems based on conversion chemistry include lead-acid and sodium-sulfur and current commercial lithium-sulfur and metal-air cells.

Metal oxides, phosphides, sulfides, and nitrides have been investigated as conversion anodes because they have higher theoretical specific capacities than graphite, ranging from 500 to 1800 mAh/g. This would allow for the production of a battery with a higher capacity than existing graphite-based models while avoiding the drawbacks of silicon.

Several materials have also been investigated as potential conversion cathodes, with the appeal of a much higher specific capacity than a standard lithium-ion cathode.

Conversion systems have several flaws. Because energy must be expended in the reaction, there is usually a significant hysteresis between charge and discharge voltage, attributed to the charge and discharge processes having different electrochemical reaction paths. This reduces energy efficiency (often less than 80%) and heat generation, which can be difficult to manage compared to lithium-ion (typically greater than 99 percent under ideal charging conditions).

The conversion reactions also cause major structural reorganization, leading to electrical contact loss and electrode degradation, reducing cycle life. Conversion anodes have much higher first-cycle irreversibility than conventional ones, which must be compensated for by starting with a larger excess of cathode material, which could negate some capacity increase. Except for CuF2, many conversion cathodes have much lower electrode potentials than existing lithium-ion cathode materials, so they would not be a direct replacement for current lithium-ion systems. These materials typically react with conventional electrolytes, necessitating the development of new electrolyte systems.