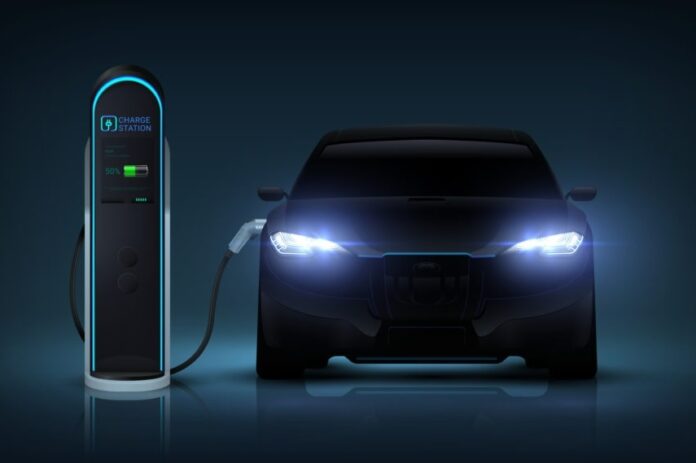 Electric vehicles must now be changed manually. In other words, someone must connect the charging cable to the vehicle’s charging socket. Automated charging systems for electric vehicles are getting increasingly interesting as they enable contactless, comfortable and autonomous battery charging, besides offering new opportunities such as customer-friendly and innovative services. For instance, the car can drive to the next free parking lot autonomously, charges the batteries automatically, and pick up the driver after the shopping tour by a call via mobile phone app.

VW recently unveiled a prototype for an e-Golf as a research facility in the testing phase. The project, dubbed e-smartConnect, is based on a KUKA LBR iiwa, a new-generation robot. The communication between the vehicle and the electric filling station is the first step in the DC quick charging process. The vehicle sends its data to the charging station, which sends the automated parking target position.

Tesla, a company based in the United States, is also working on an automated system. Their concept is based on DC, and they should be able to load their vehicles on-site. The charging cover opens automatically when the parked vehicle is ready for loading. The system recognizes this, and the snake-like prototype robot arm then searches for the charging socket on its own.

The charging process can begin once the robot and vehicle have established a connection. The idea behind the concept is that the driver does not need to exit the vehicle to charge it. The robot performs the entire loading process. The method by which the robot locates its target and detailed technical information about the charging system has yet to be revealed. In general, the system is still considered a prototype at this time. One of Tesla’s advantages is that all vehicles have the same charging socket location and plugs.

As a result, compared to existing charging systems, the ALanE system significantly improves comfort, establishing itself as a unique selling point compared to conventionally powered vehicles. The TU Dortmund’s charging system consists of a standard energy supply and a wall box, supplemented by a cost-effective compact connection module (VBM). A smartphone app can be used to initiate the connection and disconnection process. This system is still in the prototype stage and is being worked on.

The NRG-X concept is billed as the world’s first fully automated charging system. The basic concept was to develop a system that transfers high-power energy for fast charging, allows for a wide range of parking tolerance, and eliminates the need for an expensive conventional wall box. Furthermore, it is easily adaptable to any electric vehicle. A connection array mounted in the middle of the car underbody, and a base station representing the connection system at the parking area make up the system. The hexagonal pattern on the surface of the connection array is consistent, and each cell has a conical-shaped recess. The base station’s counterpart slides into any cell via an orthogonal movement towards the connection array. This means that any arbitrary cone position within the connecting array’s dimensions leads to a discrete final position in the middle of the contracting cell. The positioning cone must be resilient and, as a result, moveable laterally (in both x and y directions) for the distance of the contacting cell’s outer radius.

The entire charging procedure is straightforward: When an electric vehicle equipped with the NRG-X connection array approaches a garage or parking space, the NRG-X base station automatically begins communicating with the connection array. The only stipulation is that the electric vehicle has a wireless module. It is not necessary to park the car in a precise predetermined location. A position validation system ensures the correct position when an automatic connection is possible. The charging process begins automatically after the system checks the authorization and the battery’s state of charge. The NRG-X base station connected the system by lifting upwards to the car’s connection array. The charging power that can be used is up to 22 kW. When a secure connection is enabled, the charging process begins automatically, or it can be scheduled manually or by an intelligent charging management system. When the battery is fully charged, the connection system automatically disconnects. Direct current quick charging above >100 kW should be realized in a later expansion stage.