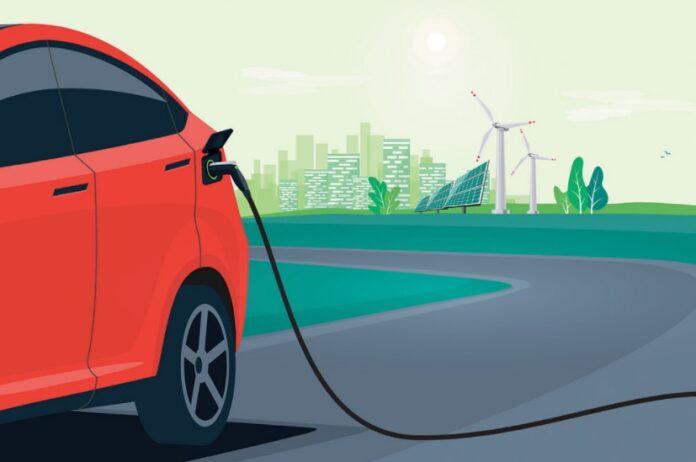 Electric vehicles (EVs) represent a growing opportunity to capture new sources of demand flexibility while increasing revenue from a customer class that will grow significantly over the next decade.

Unlike conventional vehicles that cannot be refueled without dedicated fueling infrastructure at designated locations, one of the positive aspects of electric vehicles is that these can be charged at many places like homes, workplaces, malls, parking spots, etc. However, proper and suitable charging infrastructure will need to be in place. A widespread and easily accessible charging network will be crucial for the mass adoption of electric vehicles.

However, proper and suitable charging infrastructure will need to be in place. A widespread and easily accessible charging network will be crucial for the mass adoption of electric vehicles.

Developing a robust charging infrastructure network is widely considered a key requirement for a large-scale transition to electromobility. Such infrastructure would provide more charging options for drivers and promote awareness and range confidence for prospective electric vehicle owners.

“The challenge, alongside making the costs of these vehicles more economic, is how to implement charging points in a way that’s not too intrusive and easily accessible,” comments James Durr of auctioneer company House Property Solvers. This post explores some of the key emerging electric vehicle charging infrastructure trends.

Many manufacturers are currently proposing local communities and businesses to switch to a non-contact electrical charging system for electric vehicles rather than cable and sockets. The ground-based system can be incorporated into the asphalt of a road or attached to off-street parking spaces on a large scale. A vehicle parked above the system’s battery will be charged wirelessly via induction. Inductive charging, which involves electricity being transferred through an air gap between two magnetic coils, is at the heart of the technology.

It enables the electrical energy transfer from the grid to a vehicle without wires. Magnetic resonance coupling occurs when two copper coils tuned to the same frequency, one embedded in the ground and the other mounted beneath the vehicle, transfer energy. The setup is similar to a transformer, with the primary in the ground and the secondary in the vehicle. It is not a standalone charger. It simply takes the place of a direct grid connection. A normal charger, such as a Level 1 or Level 2 charger, receives the AC power picked up by the secondary coil.

The government has given significant consideration to battery swapping to mitigate the issues of (a) cost of ownership and (b) range anxiety faced with electric vehicles. A Battery Swapping Infrastructure enables the replacement of discharged batteries in vehicles with fully charged batteries from a shelf. Battery swapping can reduce the time it takes to recharge an electric vehicle’s battery, which can take anywhere from 5 to 15 minutes compared to the up to eight hours it takes to charge a battery.

Because vehicles can be sold with a battery available on lease, this strategy of providing a widespread battery swapping model is expected to lower the upfront cost of EVs. Electric vehicle batteries must be easily replaceable and accessible to all to fully realize BSS’s potential.

One of the most important requirements would be the consistent standardization of batteries across various electric vehicles. As a result, the best EV model will be when the vehicle owner leases batteries from the company. The most notable benefit of this approach is that the price of an electric vehicle will drop dramatically as the cost of the battery is deducted from the total vehicle cost.

A battery-swapping station is where an electric car can drive over, and an automatic or a manual system can open up the bottom of the electric car, remove the exhausted battery, and insert a new fully charged battery. You can picture it as robot mechanics giving an electric car a fresh battery

The adoption of EVs is hindered due to the high cost of ownership. The cost can be reduced by taking out of the battery from the equation. A third party will have ownership of the battery and will be liable for replacing the drained batteries with fresh, charged, and standard ones.

Battery Swapping Stations is a battery aggregator with enough clout to compete in the electrical energy and reserve markets. The BSS can maximize its profits by providing services to the system, such as voltage support, regulation reserves, or energy arbitrage. However, the battery swapping model has not been fully implemented globally due to technological and commercial dynamics. Standardization, commercial viability, and reliability are well-known issues. This system has both benefits and drawbacks.

V2G facility envisions electricity-generating utilities to level demand on their generating capacity by drawing energy from the batteries of EVs connected to the grid during peak demand hours during the day and returning it to the vehicles during low-demand hours at night. To feed the energy back into the grid, charging stations would need to be capable of bi-directional power transfer, incorporating inverters with precisely controlled voltage and frequency output.

Vehicle-to-grid (V2G) refers to a system in which plug-in electric vehicles, such as electric cars (BEV) and plug-in hybrids (PHEV), and the power grid exchange reciprocal, bi-directional electrical energy. It is done through selling demand response services by throttling the charge rate or returning electricity to the grid. Other types of V2G technology consist of load-sharing sources with the power grid. It includes subsets of V2G such as vehicle-to-home (V2H) and vehicle-to-building (V2B), which draw power directly from the EV rather than through the power grid.