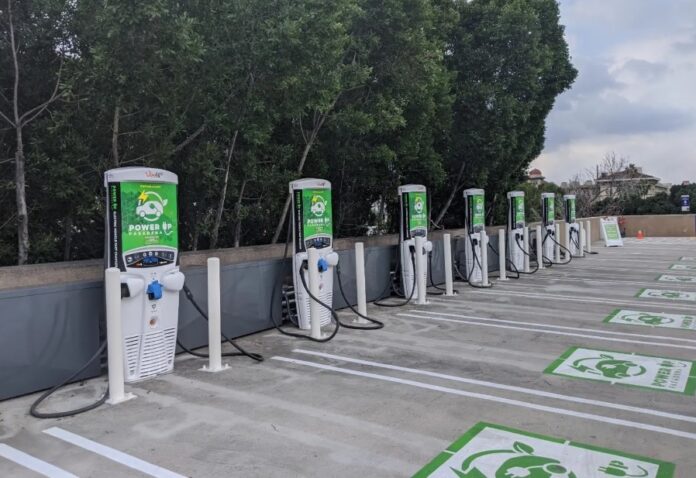 Fast-charging networks for electric vehicles (EVs) are rapidly developing worldwide. As the market develops, many lessons are learned from studies and past deployments that provide guidance for the future.

However, many gaps in knowledge show the need for continued research as charging speed increases, range increases, and the market broadens to include new users with different driving needs and uncertain access to charging options.

Fast chargers for electric vehicles typically necessitate extensive site preparation and electrical infrastructure. As a result, fast-charging hardware accounts for only a portion of total costs, and the total cost of installing fast-charging stations varies significantly depending on the location. Due to the inherently local nature of these differences, exact labor costs and infrastructure requirements, as well as hardware and materials, must be assessed on a site-by-site basis.

Despite these differences, we present some estimates in terms of dollars per charger based on several scenarios and sites considered for fast-charging stations in Ottawa, Ontario. Estimates are shown for charging stations with four different charging speeds (50 kW, 100 kW, 150 kW, and 400 kW) and for installing four or eight stations per site to give an idea of future impacts.

Transformer upgrades, grid upgrades, and site preparation costs can range from less than $5,000 to more than $125,000 per charger. These costs do not, however, include the cost of the chargers.

Several conclusions can be drawn from these figures and data that may be useful in future deployments. First, because the increased electrical infrastructure was amortized over more stations, installing eight stations per location resulted in lower per-station costs than installing only four stations. Second, cost increases from 50 kW to 150 kW were relatively minor in all cases—less than $3,000 per station—but the jump from 150 kW to 400 kW resulted in a significant cost increase in some cases. This was due to the need to upgrade the distribution grid at some locations with new capacity and switching infrastructure and an expense triggered only by the highest-power stations. Although this varies by location, this experience shows that higher power comes with a higher risk of costly (and sometimes unpredictable) upgrades. Despite this, some locations were relatively unaffected by the increased power.

Estimates for these locations in Ottawa are similar to other deployments’ estimates. The EV Project collaborated on the first large-scale deployment and cost analysis of fast chargers in the United States, with 69 50 kW chargers installed and costs analyzed in 2015. According to the survey, installation costs ranged from $4,000 to $51,000. These were 50 kW chargers that were typically installed as single chargers rather than as part of plazas because they could often be accommodated on existing service.

The EV Project’s rural sites were the most likely to require new service upgrades, with costs averaging around $40,000. In the United Kingdom, utility upgrade costs for 50 kW chargers at highway stations ranged from $1,500 to $30,000. In contrast, Rapid Charge Network stations typically cost between $21,200 and $28,500 to install, with grid connections accounting for about a quarter of the total. Because labor, construction, and utility components drive installation costs, they are unlikely to decrease significantly in the future.

Hardware costs, which were not factored into previous cost estimates, rise as the power and complexity of the system grow. According to the EV Project, hardware costs ranged from $10,000 to $40,000 and were based on charging power, the ability to charge multiple cars without power-sharing, and network connections. The 25 kW Chargepoint Express 100 with CCS or CHAdeMO is currently available for $12,500, and the 50 kW Chargepoint Express 200 with CCS and CHAdeMO is currently available for $35,800. Nissan charges $15,500 for its 44 kW CHAdeMO unit. Hardware purchase costs for a dual-standard 50 kW station on the UK rapid-charge network averaged around $28,500.

Porsche has estimated that the hardware and installation of a pilot site in Atlanta with six 350 kW stations will cost $1 million. It’s still unclear whether this cost will be the same for large-scale deployments. In China, the total cost of a fast-charging plaza with ten 140 kW chargers is estimated to be 4.1 million yuan ($642,367). The transformer power is comparable to the Porsche site, but the total costs are lower. As new technology and economies of scale emerge, station costs are expected to decrease to some extent.

Risks and challenges in the battery value chain