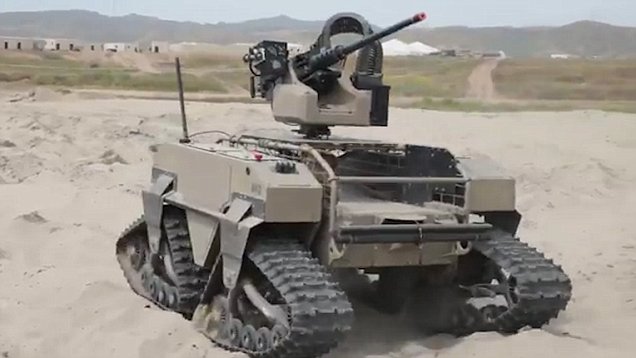 Security robots are devices with locomotive capabilities, which can collect data for security purposes through sensors, such as ultrasonic or infrared devices, cameras, radars, thermal sensors, and others.

Earlier, these robots had insufficient capabilities, but with the improvements in sensor technology and automation capabilities, these robots have been developed to be useful in practical applications. The development and enhancements of neural network technology have also given these robots the capability to learn over time and improve their functionality. The inclusion of different sensors has improved the capabilities of robots in analyzing their environment and providing more reliable data. This factor has significantly benefitted their incorporation in military devices.

In addition, the remote sensing abilities provided by these robots (due to the inclusion of wireless sensors) are expected to boost their utilization in residential and commercial applications.

Increasing usage of robots in security and surveillance

Robots are being preferred in to the surveillance market, to patrol shopping malls, parking lots, college campuses, and other public areas. Surveillance robots are mainly equipped with inertial, GPS, LiDAR, biomimetic, and ultrasound-based range sensors. Owing to the improvements in features and functionalities, they are also equipped with hyperspectral, thermal, and multispectral sensors. The emergence of hybrid UMV systems is identified as one of the key trends, which is expected to propel the growth prospects. Recent technological advancements in a wide range of sensors and their miniaturization, coupled with the increasing investments in the surveillance robots domain, is driving the growth in demand for surveillance robots across the country.

For instance, Cornell University researchers formed a team to create an integrated network of diverse robots for security and surveillance. Security and surveillance robots boast of futuristic designs, which enable them to be put into diverse uses. This factor is expected to enable the US security robots market and gain immensely from the rising applications of the technology in the near future.

Spying applications are predominantly conducted by the military & defense sector. Night vision cameras, microphones, processors, and other wireless technologies, such as Bluetooth for communication, enable the drones and robots to be deployed for spying applications. Many robots are used in war field for various purposes, such as tracking the status of the enemy and knowing the supply of resources. They monitor the information and transfer the data to a remote PC or a TV using wireless technology.

Innovations are enabling end-users to conduct more sophisticated reconnaissance missions. Insect spy drones are being developed, which can be equipped with cameras and microphones. Many other such micro air vehicles (MAVs) are being developed, integrated with advanced technologies, which could further fuel the growth of the spying robots market.

North America has been the major contributor to the international security robots market, owing to the advantages (like quality and reliability). U.S. security and surveillance forces use unmanned solutions. Over the past decade, the number of active conflicts has increased across the country, along with rising terrorist attacks in public places and schools. These geopolitical instabilities and territorial conflicts may increase the country’s need for security robots over the forecast period. Also, the rise in security concerns across the country is expected to drive demand for security service robots in this region due to increased terrorist activity.

With North Korea’s upcoming security threats, the country recently closed a US$ 4 billion deal to develop drones and fighter jets. Warrior robots and drones have yet to hit the US market and enter the US army’s tactics and strategy. However, the US army reportedly spent about USD 521 million on robotics in 2016, about 79 percent of which was spent on aerial drones.

In 2017, only USD 20.6 million was spent on buying unmanned ground vehicles, almost the entire remainder was spent on UGVs to clear mines and roadside bombs. Furthermore, nearly USD 91.4 million was spent on R&D activities—and 40% was spent on mine clearance. The Marine Corps is already testing a tracked robot with sensors and cameras and a M240 machine gun. Marketing this robot is expected to further increase this country’s demand for security robots.