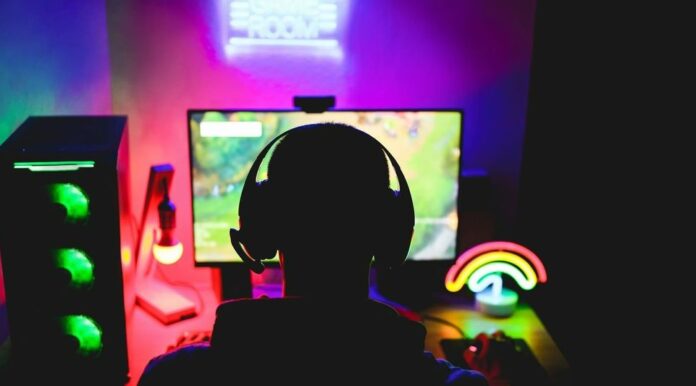 Considering its uses are becoming more widespread in countless sectors, there is still much ignorance and misinformation about artificial intelligence (AI).

The most common myth is that the machines are poised to take over, creating the dystopian world that is many people’s nightmare.

But the reality is very different. This technology isn’t taking over our jobs and invading our lives. On the contrary, it’s helping us in several ways, often behind the scenes.

One area in which AI, in particular, is being deployed to great effect is in the global gaming industry. This is also where some of the most ground-breaking discoveries and developments are being made.

In many ways, this is the next logical step for gaming. That’s because, for all of its supposed sophistication, AI is simply a collection of algorithms capable of driving increasingly complex functions in a computer program.

No matter how extraordinary a situation is in a game, making it as realistic and natural as possible is always the developer’s aim. Much of this has to do with the actions and reactions of characters in the game.

An important role of AI is refining how even NPCs in a game behave to become more “rounded” and believable bit players in action surrounding them. A game’s opposite of good AI is when these incidental characters fail to react to the events around them or clumsily move across the screen.

A related industry to gaming is the online casino world. Ever since online casino sites started to appear in the 1990s, there has been a drive to make these as realistic as possible to mimic the experience of a land-based casino. For example, many casino providers now offer live versions of casino games, streaming games directly to players and using real-life hosts. It’s thought that developers of casino sites are taking a long and serious look at how AI might help to replace live dealers in games and possibly also provide opponents to play against in competitive casino games such as poker.

A key facet of AI is that it can learn from experience. In gaming terms, this may have a very important effect on players.

This is because each time a game is played, the AI element learns a little more about how it is being played. This can include everything from examining and analyzing the areas in which the player is stronger or weaker and their style of play.

Using this data, the game can be increasingly finely tuned to make it harder or easier or to enhance the playing experience in other ways. There are even experiments being done looking into how a player’s stress levels can be measured at particular points in the game – something that the increasingly popular wearable game tech could help to achieve.

As well as looking to the future, gamers have also shown a great fondness for retro experiences. While some like the slightly rough-round-the-edges imagery of these classic games, others prefer a more contemporary look.

So more and more game modders are starting to use AI tools like Gameworks and ESRGAN to generate new higher resolution art without affecting the playability of the games in question.

Some may recoil at the added detail on purist terms, believing games should be viewed and played as originally intended. But there are equally strong arguments made by the opposing camp of dedicated modders.

One of the major issues for some people is what to do once you’ve reached the end of a game. You’ve moved through all the levels, discovered all the hidden content, and fully mastered the game.

But it’s through AI that games could soon be given a second, third, and even fourth lease of life. Early days, but a specific procedural generation technology could hold the key.

It’s currently used in games for producing background scenery like trees, buildings, and landscapes. Soon it may also be able to generate new game content, locations, and experiences based on what has already been learned about individual player preferences.

As the technology becomes more refined and sophisticated, it could even start to mean a virtual reinvention of the game in question. But, while this might sound like the game developer’s surest route to making themselves redundant, we’re always going to need the originators to provide that first creative spark.

How AI gaming is also turning the tables

It’s also worth mentioning how the lessons learned from using AI in gaming affect the real world. There are numerous examples, but perhaps the most significant is self-driving cars’ development.

Anyone who has ever played any Grand Theft Auto series will know how realistically the townscape has been created – and how recklessly a player is encouraged to drive around its streets.

The aim of self-driving cars in the real world is to make them as safe as possible, and the lessons learned by using AI in GTA are invaluable.

These are still very early days in AI and gaming, and there’s a long way to go. But, hopefully, these examples have shown the huge potential in gaming and with an even wider range of applications too.