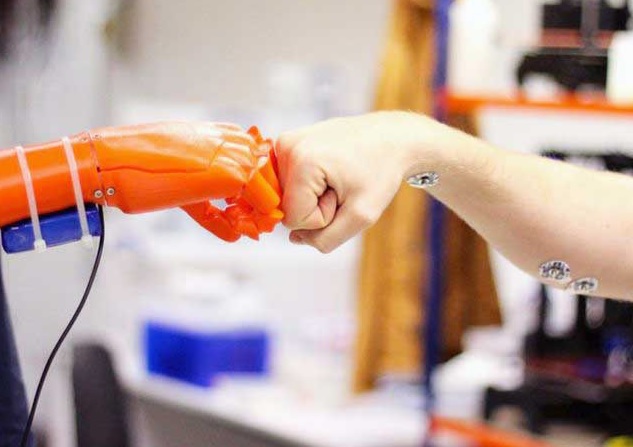 The robotics revolution is rapidly accelerating with the fast-paced technological advances in automation, engineering, energy storage, artificial intelligence, and machine learning. The number of robots used worldwide multiplied three-fold to 2.25 million over the past two decades, and according to studies, the global stock of robots will increase even faster in 20 years, reaching 20 million by 2030, with 14 million in China alone.

The implications of this are immense. It will transform the capabilities of robots and their ability to take over tasks once carried out by humans. It will boost productivity and economic growth, leading to the creation of new jobs, and the disruption of all existing business models across many sectors.

Based on our analysis of the use of industrial robots across the manufacturing sector, this post identifies three main drivers behind this new pace of adoption of robotics technology. They are price, innovative applications, and consumer demand.

The rapid expansion of robot installations is partly driven by the drop in the real costs of the machines. The average price of a robot unit has fallen by 11% since 2011, while the processing power of microchips, battery lives, and other technological components of robotics have dramatically improved. Rising labor costs in major manufacturing economies also contribute to increasingly attractive pricing dynamics. For example, in China, unit labor costs have increased by more than 65% since 2008.

Innovations and technological breakthroughs have made today’s robots much smaller, collaborative, and more sensitive to their surroundings. Thanks to AI and machine learning, they can now learn from their experiences and make decisions by themselves with the use of data from a network of robots. It has propelled the robot adoption in sectors beyond the automotive industry. Besides, as the technologies improve, robots are being used in increasingly sophisticated processes, in more varied contexts, and can be installed faster.

Demand for manufactured goods is on the rise, and China is emerging as a world leader.

Since 2010, the center of gravity in the world’s robot stock has shifted towards new manufacturers.

Much of the robot stock growth over the last decade can be attributed to the increasing demand for manufactured goods. China is at the core of that change. Roughly, every third robot worldwide is now installed in China, which expanded its lead as the world’s largest industrial robot market in 2017, accounting for 36 percent of global sales, up from 30 percent in 2016. China has become the largest automotive manufacturing site in the world, and a leading producer of consumer electronic devices, batteries, and semiconductors— all highly robot-intensive manufacturing sectors.

China is still only at the beginning of its journey into automation. Right now, it only uses 68 robots per 10,000 workers in general manufacturing, compared with 303 per 10,000 in Japan, and 631 per 10,000 in South Korea. Large sections of China’s workforce are still engaged in manual processes, meaning vast potential remains for further robotization of its manufacturing sector—more so than in any other country. But, if the current investment trajectory continues, China could have as many as 14 million industrial robots by 2030, dwarfing the rest of the world’s industrial robots stock as it reinforces its position as the primary manufacturing hub in the world.