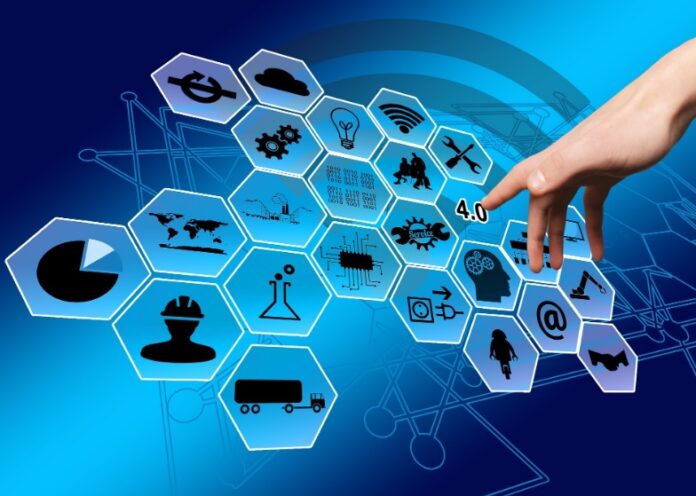 Smart sensors are one of the most notable recent technological developments due to their potential significance and a broad range of potential applications. Ordinary sensors have become smart thanks to the integration of computing and IoT in industrial processes, allowing them to perform intricate calculations with data gathered.

Smart sensors have expanded in capability, size, and flexibility, transforming bulky machines into high-tech intelligence. Smart sensors have evolved into objects with detection and self-awareness abilities thanks to their signal conditioning, embedded algorithms, and digital interfaces.

These sensors are designed as the Internet of Things (IoT) components that transform live data into digital data that can be sent to a gateway. Smart sensors can predict, monitor, and immediately act to correct situations thanks to these capabilities. The primary functions of intelligent sensors include raw data collection, sensitivity adjustment, filtering, motion detection, analysis, and communication.

For instance, one application of smart sensors is wireless sensor networks (WSNs), whose nodes are connected with multiple other sensors and sensor hubs to create communication technology. Additionally, data from various sensors can be combined to draw inferences about an existing issue; for example, temperature and pressure sensor data can suggest the beginning of a mechanical failure.

Self-calibration refers to adjusting a sensor’s fabrication-related parameters, such as gain, offset, or both. Self-calibration can be an initial adjustment of gain or can be used to correct the sensor’s output’s deviation from the desired value when the input is at its lowest level. Because their adjustments frequently change over time, calibration is required, necessitating the removal and recalibration of the device. Assuming it is challenging to calibrate the units once they are in use, the manufacturer over-designs the product to ensure that it will perform as intended for the duration of its service life. These issues are resolved by the smart sensor’s built-in microprocessor, which has the necessary correction functions stored in its memory.

Smart sensors perform self-diagnosis by looking for signs of errors in internal signals. It can be difficult for some sensors to distinguish between typical measurement deviations and sensor errors. This problem is solved by calculating the minimum and maximum values for the measured quantity and storing multiple measured values near a setup point. The effect of a sensor fault on the measured quantity is measured using uncertainty techniques. This makes it possible to keep using a sensor even after a fault has occurred.

Computation also allows one to obtain the average, variance, and standard deviation measurements. This can easily be done using the smart sensor. The computational ability allows one to compensate for environmental changes such as temperature and also to correct for changes in offset and gain

Communication is the means of exchanging or conveying information, which the smart sensor can easily accomplish. This is very helpful as the sensor can broadcast information about its status and measurement uncertainty.

The industrial market is where smart sensors have currently established their strongest presence. The development of various industrial digital databus standards, the higher cost associated with them, the stricter specifications and medium to low volumes that are common in the industrial marketplace, the relative insignificance of package size, the high level of importance attached to data reliability associated with very large plants, the difficulty of access to sensors for diagnostics, and these factors can all be easily identified. As databus standards are rationalized and the advantages of remote diagnostics are better understood, it is anticipated that the trend toward introducing smart sensors in the industrial sector will continue.

The aerospace sector wants to use smart sensors for various sensors. Data integrity concerns are at least as important as other concerns. The weight of the cable associated with the numerous frequently multiplied sensors used for redundancy is still a significant concern. Self-monitoring sensors have the potential to increase safety; however, the extra information produced by this new capability needs to be returned to a useful location using a multiplexed or digital data bus. The availability of multiplexed data buses enables the concentration of the output from numerous sensors onto the smallest number of buses necessary to maintain an adequate level of redundancy.

The automotive industry is closely watching the potential of smart sensors, but cost considerations take precedence in this case. Before introducing data buses for other uses, smart sensors attached to them were unlikely to make their way into most vehicles. Long-anticipated communications between the engine, transmission, suspension, braking, and other controls are now made possible by several automotive data bus standards. Various functional blocks make up every automated process. For instance, to control the flight of an airplane, we need (i) actuators, such as engines and rudders, to move the craft; (ii) computers, such as the automatic pilot, to control the actuators based on a flight plane; and (iii) sensors to measure acceleration, altitude, tilt, etc., to provide the computer with data about the actual flight and allow corrections to be made.