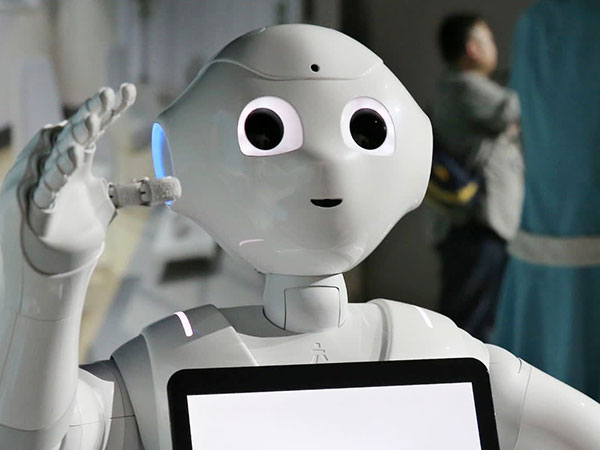 Humanoid robotics is an emerging and challenging research area that has received significant attention in recent years. Although one of the smallest groups on the current market, humanoid robots have the greatest potential to become the future industrial tool and will continue to play a central role in robotics research and many 21st century applications.

One of the common issues addressed in humanoid robotics is understanding human-like information processing and the human brain’s underlying mechanisms in dealing with the real world. Currently, they are expected to serve as companions and assistants in daily life and as ultimate assistants in man-made and natural disasters.

In this post, we will see top 12 advanced humanoid robots until 2019.

Sophia is a social humanoid robot developed by Hanson Robotics company’s founder, Dr. David Hanson. Since its launch in 2016 with its first public appearance at South by Southwest Festival (SXSW), Sophia has become a media favorite, featuring her on numerous high-profile interviews, events and panel discussions worldwide.

Sophia is a highly sought-after speaker at business conclaves and has faced several key decision-makers. In October 2017, Sophia became the first robot to receive citizenship from any country and was named the world’s first U.N. Innovation Champion. Sophia embodies Hepburn’s classic beauty, according to Hanson Robotics: porcelain skin, slender nose, high cheekbones, an intriguing smile, and deeply expressive eyes that seem to change color with light.

Atlas is a bipedal humanoid robot developed by DARPA, a U.S. Department of Defense agency, Boston Dynamics. 1.8-meter (6 ft) robot is designed for DARPA Robot Challenge. Atlas has come a long way since July 2013 unveiled. The second Atlas generation could walk on snow, pick up boxes, and stand up alone after falling down, which humanoids are known to do now and then. Atlas developed the ability to jump on boxes and do backflips in 2017, and in 2018, when Atlas crossed grass on uneven terrain and jumped over boxes.

Toyota T-HR3 is a brand-new, third-generation humanoid robot It’s 1.5-meter tall, weighs 75 kilograms, and has torque-controlled freedom of 32 degrees plus a pair of 10 fingered hands. T-HR3 is designed to be a platform with capabilities that can safely assist people in a variety of settings, including home, medical facilities, construction sites, disaster-stricken areas and outer space. Toyota’s overall mission is to support doctors, caregivers and patients, the elderly and disabled.

T-HR3 is controlled by a Master Maneuvering System that allows the robot’s entire body to be instinctively operated with wearable controls that map the robot’s hand, arm and foot movements and a head-mounted display that allows users to see from the robot’s perspective.

Honda E2-DR is a disaster response robot that can navigate through dangerous, complex environments. It looks humanoid, heavier and tougher than Honda’s Asimo, first presented in 2000. E2-DR is designed to act as a rescuer in a range of situations deemed too dangerous for human rescuers, such as in areas with high background radiation or in a structurally unsound, badly damaged building.

E2-DR is 1.68 m tall, 85 kg. It can walk upright at 4.3 km/h, crawl up to 2 km/h on all fours like a gorilla, climb steps and ladders. It is equipped with a range of sensors to navigate its potentially hazardous environments, including three LED-equipped cameras, rotating laser rangefinders, infrarot projectors and embedded 3D cameras. These sensors enable the robot to handle tricky terrains and obstacles, stepping over pipes, and crawling through debris.

Toshiba created a very realistic-looking android called Junko Chihira to work in Japan’s new tourist information center. The bot can interpret and respond to requests in English, Japanese, Chinese and sign language. It made her debut in Aqua City Odaiba, Tokyo’s waterfront shopping center. The android can provide tourists with information on local events.

Junko Chihira has incredible interaction skills and ability to make human-like facial expressions. It can be combined with any language processing system. Having a human-like appearance as people, especially the older generation, find this look more welcoming and accessible. Junko Chihira currently works at a tourist information center on Tokyo’s waterfront, greeting and interacting with visitors in Japanese, English, and Chinese through a keyboard. Junko Chihira succeeds another Toshiba android named Aiko Chihira, who served as a receptionist in Japan’s department store.

Erica was created by Hiroshi Ishiguro, director of the Intelligent Robotics Laboratory at Osaka University, Japan. Designed to look like a 23-year-old woman, Erica can interact with her human companions. The humanoid can integrate multiple skills like voice recognition, human tracking, and natural movement generation. Erica moves her face, neck, shoulder, and waist. Erica speaks with a synthesized voice and interacts with multiple facial expressions and gestural movements. According to Hiroshi Ishiguro, the android will soon replace an airwaves human news anchor. Originally designed for receptionist. She can recite scripted writing and sit in a chair, making her as qualified as most humans.

Nadine is a female humanoid social robot with a strong human-like, natural-looking skin, hair and realistic hands. Nadine, a socially intelligent robot, was developed at Nanyang Technological University Singapore. It can make eye contact, greet, and remember all the conversations. It can answer questions autonomously in several languages, simulate emotions in gestures and facially, depending on the interaction content. Nadine can recognize previously seen people and engage in flowing conversation. Nadine has 27 degrees of freedom for facial expressions and upper-body movements.

It can help people with special needs by reading stories, showing images, posting Skype sessions, sending emails, and communicating with other family members. It can be a receptionist’s role in an office or a personal coach. During the exhibition, Nadine interacted with over 100,000 visitors at the ArtScience Museum in Singapore, “HUMAN+: Our Species ‘ Future.” Nadine currently works as a customer service agent in Singapore’s AIA Insurance Company.

Cassie is an advanced bipedal robot developed by Agile Robotics from Oregon State University. Cassie has no arms yet, but these legged robots can go many places wheels can’t. This will be the key to deliveries that can be made 24 hours a day, 365 days a year, by a fleet of autonomous vans pulling up your curb, and an onboard robot delivering to your doorway. Cassie can stand, walk, trot, steer and fall without breaking.