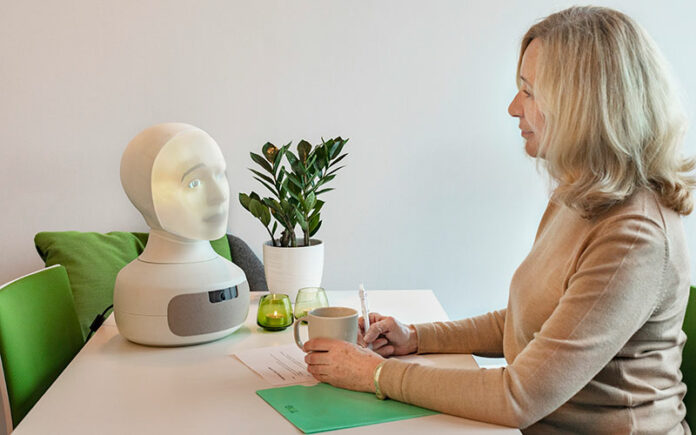 Does your company have a good reputation, brand value and higher growth? Then you are likely to receive dozens of job applications daily from applicants who just don’t fit the bill. For a recruiter like you, it can be tedious and disheartening wading through pile after pile of candidates who are aren’t a match for your company, wasting your time and energy.

But don’t worry! You can now hire robots to do the legwork that human recruiters don’t enjoy doing. Robots can make thousands of phone calls a day, answer questions, and conduct interviews with the candidates in any time zones. This article lists two top recruiting robots that are hiring humans for big global corporate companies.

Robot Vera is the first recruiting robot in our list, which was developed by Russian startup Stafory in 2016 to recruit and hire humans for companies like PepsiCo, Auchan, L’Oréal, and Raiffeisen Bank. This AI-based software technology can cut the time and cost of recruitment by roughly one-third.

Here’s how it works: Based on the recruiter’s detailed job description of an open position, Robot Vera downloads and shortlists online resumes of qualified candidates and then calls applicants with a script of interview questions. It introduces itself as Vera, a robot calling on behalf of a company, and asks candidates if they’re still seeking a job. If the answer is affirmative, the robot gives a rundown of the job profile through a video interview. Candidates who excel in the interview are passed on to the company’s HR manager for the final hiring decision.

Robot Vera has integrated several speech recognition technologies from Google, Amazon.com, Microsoft to improve candidate’s response, and has over 13 billion examples of syntax and speech from TV, Wikipedia, and job listings to expand the software’s vocabulary. Robot Vera is able to make hundreds of calls simultaneously and interviews candidates via calls or video chat. Vera supports 68 languages, including English, Russian, and Arabic.

Tengai is a human-like, social robot, designed to carry out unbiased job interviews. Developed by Furhat Robotics, an artificial intelligence (AI) and social robotics company born out of a research project at Stockholm’s KTH Royal Institute of Technology, Tengai measures 41cm (16in) tall and weighing 3.5kg (7.7lbs) as she sits on top of a table directly across from the candidate she interviews. Tengai has been carrying out simulated job interviews since last 2018 as part of a collaboration with Stockholm-based recruitment firm, TNG.

The machine can mimic human speech and facial expressions and is designed to look friendly and approachable. Most importantly, it neither knows or cares about a candidate’s race, gender, religion, appearance, or any other potentially influencing factors. The product was out in Sweden in 2019, and an English version will hit the market at the beginning of 2020.

Which Polaris pool cleaner is the best?

How to choose the best robot vacuum cleaner

Technology upgrades your business needs in 2022

Tedious business tasks you should automate to save time and money