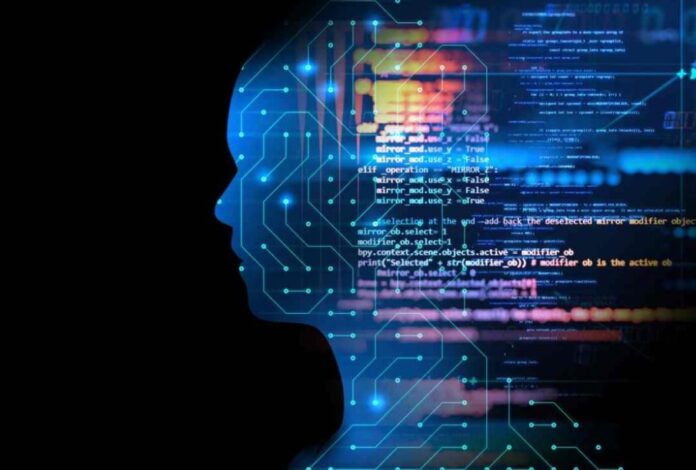 Artificial Intelligence (AI) is all the rage right now! What people from the 20th century used to think it’s impossible or just a part of sci-fi movies is now a reality.

It’s out there and available for everyone. The tech world is obsessed with artificial intelligence, and there’s a ton of new businesses rising from scratch and making serious numbers overnight.

Big corporations and tech giants like Amazon, Google, or Apple, are all working on further development. At the same time, they are happy to invest in startups that show results and determination to make something valuable.

According to Statista, there are 1,393 startups in the US alone. Behind is China with 1,010 fewer startups, and, amazingly, Israel with 362. These stats tell us clearly who’s the leader in the tech world and where AI startups are most represented.

How big is the AI industry? Who invests the most in AI startups?

The AI market size in 2018 was $20.67 billion. According to predictions, by 2026, this number will be ten times bigger and surpass the $200 billion mark. Until 2020, some big tech companies invested a ton of money in their AI efforts and innovations. A leading player in the development and profits made by AI, Nvidia, for example, made $606 million in 2018 by selling its AI-based hardware.

Amazon, famously known for its AI-driven voice assistant Alexa, makes a lot of money from Alexa alone. If the reports are to be believed, by 2021, the company’s revenue will shoot up to $19 billion just from this product. Of course, Amazon is officially a trillion-dollar company now, and this is just a drop in the sea, but $19 billion is still a lot of money.

The list of companies who spent most overtime on AI startups says that by 2018, Google spent $3.9 billion, which makes it the leader with the industry. Amazon is in second place with $871 million spent, while Apple is third with $786 million.

The list doesn’t end there. Intel also invested $776 million in the AI industry, while Microsoft spent “only” $690 million. Uber spent around $680 million, and Twitter $629 million. There is also AOL, which invested less than $200 million.

What is needed for a successful AI startup?

Developing a unique AI product doesn’t mean that it’s going to be successful, unless the customers use it. Sometimes, a startup can have the money it needs to develop everything from an idea to the final product and still fail. If the product doesn’t sell, the entire project will be doomed.

On the other hand, sometimes an idea is just enough. An excellent presentation to the right people can make a startup rise from scratch. They might pay for the idea and make it real.

Something like this happened to Rivian, an American automaker founded in 2009. It didn’t have too much success until last year when things exploded for the company. First, it received $700 million by Amazon in February. Two months later, Ford added another $500 million. In September, Cox Automotive added $350 million, and then Amazon ordered 100.000 vans from the company that are supposed to be manufactured by 2030.

People are often discouraged by their own thoughts when it comes to starting their own business. They think it takes a lot of capital and employees to become successful. That is not entirely true. The startup statistics say that 69% of American startups were founded and conducted from home. That means anyone with the knowledge and a good idea doesn’t have to quit their 9-to-5 job. Now that the majority of companies ask their employees to avoid socializing in public and work from home, people have much more time for their freelance activities.

If you’re someone who wants to venture into the AI startup arena, you must know that it is also essential to follow some critical steps to ensure your startup’s success.

1. Think outside of the box. Create a detailed business plan

Before you start building the empire you have in your mind, you need to build a business plan. Having an idea is one thing, and having a legitimate business plan is another. A proper business plan means understanding the needs, setting goals and milestones, doing research about the requirements in the future, and looking for ways to get funds you’ll need someday. Typically, a good plan outlines the first 3 to 5 years of your business strategy. It is also necessary that you think outside of the box, especially because you’re in the AI industry. Find ideas that will be creative, innovative, and useful at the same time.

2. Highlight your mission and identify the problems you want AI to solve

“We don’t start a company with a mission, but we have a mission that turns into a company,” says Blake Mycoskie, founder of TOMS, a US shoe, an eyewear company. Whatever you do on the way to success is just a part of your mission. Highlight your mission and make sure everything you do is in accordance with it. Mission gives the business a sense of direction and purpose. It establishes the long-term pursuits that everyone in your company should be working toward. Think about specific use cases in which AI could solve business problems or provide demonstrable value.

Your customers are people who you think may buy your products. You must get to know these potential customers and their traits as much as possible. Before you start building, it’s essential to understand the needs of the customers. Ask these questions and get a clear picture of your potential customers:

A business costs money. Starting a new business can pose a significant risk to your financial stability. Before you start turning your idea into reality, you need to be aware of the cash problem. Did you know that 82% of startups fail due to financial problems? It means you need to calculate how much money you’ll need for the project in the beginning and make sure you have this money. Most people who need to raise funds turn to friends and family or have their own savings. But also think of other ways to raise your startup capital, such as bootstrapping, crowdfunding, loans, donations, microloans, shared ownership, angel investors, venture capital, etc.

5. Bring in experts and surround yourself with right people

Choosing your team can both launch you to the sky or take you to the abyss. Every business needs the right people in the right places. Think about hiring people for the key positions that will be amazing in what you do. The most important – quit thinking that you can do most things alone. It’s impossible. Start with a small team, maybe, with 4-5 dedicated, hardcore AI experts, focusing on straightforward goals in a tighter time frame. Bring outside experts or AI consultants to help your internal team. After a while, you will be able to decide what the longer-term project will be, and whether your value proposition makes sense or not.

As mentioned above, start small. Before investing hundreds of thousands of dollars in your startup idea, it’s smarter, to begin with, a pilot project that will make you see if you can continue in the right direction or make some changes to raise the chance for success. Begin to apply AI to a small sample of data. Pick a specific problem to solve. Use AI incrementally. Collect feedback and expand accordingly.

7. Include data storage as part of your AI plan

It doesn’t matter what kind of AI startup you’re going to work on; you always need storage as a part of the basic plan. Data will be the fuel that powers your AI and machine learning technologies, and data storage will be a concern for your sooner or later. A successful data strategy is essential for the scalability of your AI products in the future. With the advent of cloud computing, most startups prefer cloud to cut down their cost and store and access their datasets without spending much on their infrastructure. Cloud computing helps improve team collaboration across geographies. Data sharing is easy, and teams can work on a task together in real-time regardless of their location.

8. Test your problem-solution fit and continue to improve your AI

If your pivot seems to be working correctly, you need to test your problem-solution fit. If everything seems cool, you’re ready to go on and improve your AI startup. If there are issues that seem complicated, you have to run a few more tests. Make sure you have everything under control at this stage. Don’t let yourself “go overboard” while there are still bugs that are causing significant problems.

9. Build a customer base

Last but not least, slowly build a customer base. Start a website to grow your digital presence. Once your website is up and running, you need to expand your digital footprint with blogs and social media platforms. On the sales front, start with your existing network and talk to the people you know and the people they know. It may not be a considerable amount of people, but there should be a few interesting connections that might help you get your first potential customer.

Don’t go all-in on selling right away. Listen and try feedback. Expand your network slowly with other business owners and investors. You also need to learn how to use digital marketing techniques to attract your customers. Allocate a marketing budget and take advantage of email marketing, search engine optimization (SEO) and search engine marketing (SEM). At this point, marketing needs to be a top priority of your startup.