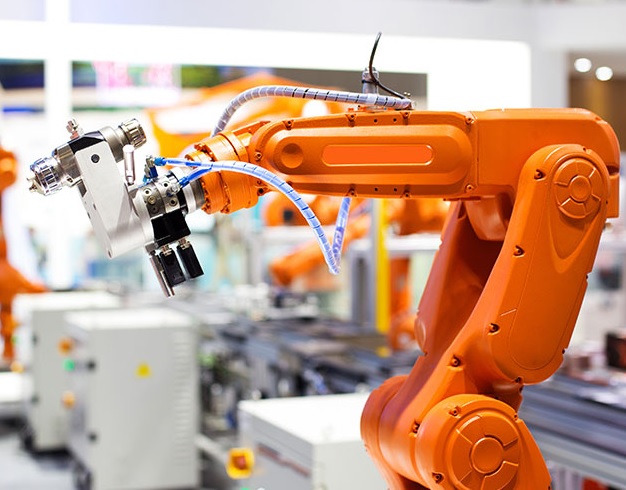 InfoLab21 is one of the most significant and most crucial ICT research facilities in the world and is part of Lancaster University’s School of Computing and Communications. In 2005, Patricia Hewitt created this Research Group to transfer substantial knowledge, technology, and innovation techniques within the university to the private sector. It focuses primarily on information and communication technologies.

The Center for Automation and Robotics Research (CARR), based at Sheffield Hallam University, is the founding member of the Sheffield Center for Robotics (SCentRo). The CARR consists of the Modeling and Integration Group (SMI), SMI’s Mobile Machines and Vision Laboratories (MMVL), Automation, and Logism focus. CARR creates a repository of practical solutions and knowledge in addition to inspiring future developments.

The expertise of the MMVL group includes artificial intelligence, computer view, embedded system design, electronic design, interaction design, math, robotics, and swarm robotics. The group has a track record of search and rescue in robotics and works with South Yorkshire Fire and Rescue. The main topic of research is the link between artificial perception and physical action.

Intelligent Robotics Laboratory is a leading team in a range of high-level robot reasoning areas, including building comprehensive intelligent systems (including integrating and using multi-subsystem data to make the world more rational and take decisions), robot vision, planning and decision-making for uncertainties, machine learning, malfunction diagnostics, and execution. The group is also extensively collaborating with psychologists and neuroscientists to develop computer models in robots that test ideas on how intelligence can work and should work.

Bristol Robotics Laboratory is the UK’s leading and largest academic research center for multidisciplinary robotics. It is a partnership between the University of the West of England (UWE, Bristol) and Bristol University. It has a vibrant community of more than 70 academics and industry practitioners leading current thinking in service robotics, smart autonomous systems, and bioengineering.

The primary goal of BRL is to understand the science, engineering and social role of robotics and embedded intelligence; its vision is to transform robotics through pioneering advances in autonomous robot systems that act smartly without human supervision. BRL offers research programs at the Ph.D. and Masters level in addition to its core research activities and hosts a variety of robotic conferences, events, and competitions, including TAROS and the FIRA Robot World Cup.

The Hertfordshire Adaptive Systems Research Group is a multidisciplinary group of faculty, students, and research staff of the University of Hertfordshire. The group works with state-of-the-art robotic platforms, which include iCub, Care-O-bot ® 3, HapticMASTER, PHANToM and NAO, and research platforms specifically designed to interact with human-robots within the group (KASPAR, Sunflower). In the last ten years, the group has participated in several European robotics research projects, in which they have coordinated or participated.

The Lincoln Center for Autonomous Systems Research (L-CAS) focuses on applied autonomous system research. It aims to integrate different aspects of machinery, computing, sensing, and software to create intelligent systems that can interact with the complexities of the real world.

L-CAS specialists are experts in integrating perception, education, decision-making, and control capabilities into autonomous systems such as mobile robots and smart devices and applying this research to fields such as personal robotics, food and agriculture, safety and monitoring, environment surveillance, gaming and simulation technology, and intelligent transport. L-CAS is one of the first groups in which long-term mapping with mobile robots was studied, and a new set of long-term data sets have been published that have been acquired for up to 2 months.

Centre for Robotics and Intelligent Systems (RIS) – University of Plymouth

The Center for Robotics and Neural Systems is a part of the School of Computing and Mathematics of Plymouth University. The center is comprised of a multidisciplinary group with cognitive systems and robotics and component technologies. The group has strong national and international ties with both industry and other research institutes. There are several commercial robots in the Centre, including iCub, Nao and Darwin.

ISR retains an unparalleled rate of sustained success in the university sector in the UK, as evidenced by its results and impacts. Based on its proven strengths, its internationally recognized leadership has allowed it to lead various large collaborative research programs and to contribute as a core leading research partner to large-scale collaborative projects. ISR is the scientific and technical director of the VideoSense European Center of Excellence.

The Cybernetics Research Group is a multidisciplinary research team at the University of Reading in the School of Systems Engineering. Robotic systems are a precious demonstration of cybernetics as concepts from stability and control to cognition and intelligence are explored. The group has a strong relationship with Prof. Atta Badii and the Research Laboratory for Intelligent Systems (ISR).

In three interwoven topics, cybernetics research at the University of Reading can be considered. Neurodynamics and cognition, measurement and control and interaction between humans. As such research tends to focus on the core concepts of cybernetics in animals and machinery, but group members are continuously interested in all areas of the industry. The group is dedicated to cognitive robotics and neuroscience with the Center for Integrative Neuroscience and Neurodynamics and the pharmaceutical school.

The University of Southampton’s Autonomous Systems Laboratory (ASL) specializes in autonomous robotic systems research. It actively contributes to state-of-the-art research in the fields of UAVs–rotating wings and fixed wings. In 2012, the HALO team was the highest-scoring team in the DARPA UAVForge Challenge, an international competition for a small unmanned air vehicle for the next generation for the US military.

The ISRC is a significant research facility dedicated to the development of intelligent computing systems, inspired and learned from biology and neuroscience. It is about achieving a high degree of understanding in biological signal processing and translating the critical aspects of the knowledge into computer systems in a way that is “intelligent” for humans. The team is committed to research and build robotic systems, which can learn, evolve, adapt, organize themselves, and effectively communicate with people and other machines.

The facility comprises a broad range of robots, including four G5 Scitos robots (two of which are mounted on 7-DOF Schunk robot handling machines), a Willow Garage PR2, 10 Pioneer 3, several Khephera and Koala robots as well as a five-finger robotic shadow hand. For tasks such as robot monitoring and experimental validation, a high-precision Vicon motion tracking system is also permanently available in the laboratory. The work of the team deals with robot learning, robot vision, collaborative robotics, networked robotics, scientific robotics, acquisition and adaptation of touch sensing and cumulative abilities.