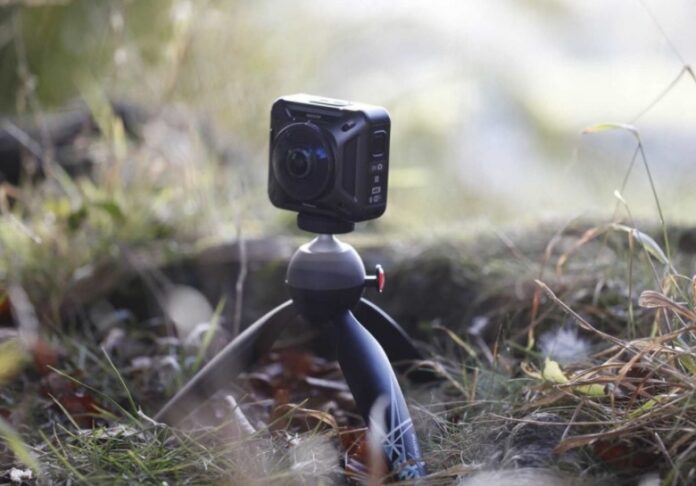 The market has a variety of cameras that capture the full 360-degree surroundings in a single panorama photo or video. Examples of such cameras include Ricoh Theta, Samsung Gear 360, Nikon KeyMission 360, and LG 360 Cam.

Known as an omnidirectional or spherical or panoramic camera, these 360-degree cameras typically have two imaging sensors which take two pictures simultaneously in the opposite directions through wide angle lenses. The pictures are then stitched together to produce a spherical 360-degree panorama picture.

The main difference to a conventional camera is that a 360-degree camera captures the whole surroundings. This has many benefits. A single 360-degree picture records a lot of information—it can combine the information of many conventional pictures into one panoramic picture.

The most common motivation for using a 360-degree camera is to capture the overall experience and atmosphere as a memory. Considering the traditional practices of domestic photography, the 360-degree camera is a powerful tool for recording and sharing memories. It captures the full surroundings and the camera user in a single picture.

Another common motivation for using a 360-degree camera is entertainment—playing with the camera for fun. It is well suited for capturing many of the traditional subjects in consumer photography, including indoor and outdoor scenes such as home interiors, tourist attractions, urban and nature landscapes, and family gatherings and other events with large groups of people.

360-degree cameras are also best suited for special, exceptional places and events that one wants to record and possibly share with others, such as trips and holidays, social gatherings and parties, ceremonies such as weddings and graduations, concerts, and other performances.

Thanks to the imaging characteristic of spherical cameras, each image captures the 360-degree panorama of the scene, eliminating the limitation on available steering choices. People also use this novel technology for many other purposes, such as documenting places (for example, architecture), self-expression, creativity, and art.

A 360-degree camera captures a realistic picture of the entire situation, including the environment, people, faces, and gestures. It makes a 360-degree camera a practical tool for documenting things for personal and work purposes. It also makes it possible to discover new things and surprising details, for example, secondary events that occurrs in parallel with the main event.

Although the 360-degree camera matches well the nature of domestic photography as a leisure time activity and gives a positive and modern image of its user, it makes it more difficult to control what is captured and to construct pictures that give a desired image of one’s life, which has been traditionally important in domestic photography.

The 360-degree camera is also not well suited for capturing individual subjects such as persons, objects, or details. The pictures may lack focus and capturing the 360-degree surroundings may add little value.

A 360-degree camera could capture too much information that it sometimes lacks focus. One major challenge is the heavy barrel distortion due to the ultra-wide-angle fisheye lens. A 360-degree camera also lacks versatility compared to conventional cameras. For instance, all the pictures captured with a 360-degree camera may look too similar.

Since every picture captured with a 360-degree camera is a self-portrait, capturing long video clips can sometimes feel awkward. The camera records the user staring at the camera back lens and does not know how to behave. The problem with these videos is that you don’t know what to do.