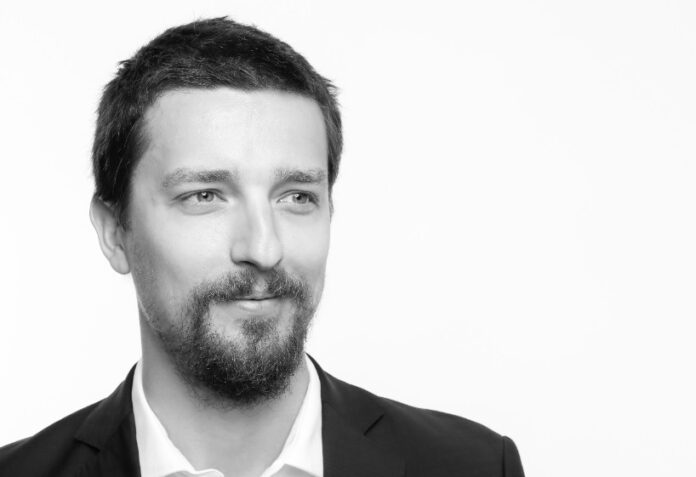 The use of drones or unmanned aerial vehicles (UAVs) generates heavy deliberation and debate over the malicious uses of the technology, which can potentially pose great threats to public security and personal privacy.

How can companies and local law enforcement protect the people and sensitive facilities from drones operated by careless hobbyists, criminals, and other nefarious actors, such as foreign and domestic terrorists?

To prevent the unintended consequences of malevolent UAV operations, companies like CERBAIR have come up with both passive and active counter-UAV solutions (C-UAV) or anti-drone systems to enhance prevention and protection capabilities, such as detecting, tracking, interdicting, or disrupting intruding drones.

We at RoboticsBiz recently connected with Lucas Le Bell, co-founder and CEO of leading anti-drone solution provider CERBAIR, to discuss the present scenarios and systems. Recognized as an important voice of the new generation of French entrepreneurs, Lucas co-founded CERBAIR in 2015 with Olivier Le Blainvaux. The company provides anti-drone solutions to a large portfolio of customers worldwide.

With their easy accessibility, versatility, and the impunity guaranteed to its pilots, drones are slowly becoming the most suitable tool for criminals, posing new threats to the public. What are the most common threats posed by malevolent drones?

Threats that civilian drones can potentially pose are four-fold: attacks, collisions, espionage, and smuggling operations. The most known to the media, attacks, are divided into two categories: kinetic and mediatic. The first often designates the risk posed by terrorist attacks, where a drone could be used as a bomb.

Secondly, UAV can be used for mediatic attacks, where no real harm other than in the public’s mind is being made. For example, in September of 2019, drones swarmed the Palo Verde nuclear power plant in the US. Last Feb, as the Madrid Barajas Airport incident has shown, drones can present a risk of collisions with nearby planes.

Over the span of two hours, over 22 flights had to be diverted, incurring millions of euros in losses. With their improved range, stealth, and video capabilities, drones are an appropriate vector of espionage, posing as an alternative to traditional military UAV. Finally, smuggling operations (in Mexico City, for instance) could see their efficiency improved by the ever-increasing payload capacities of most civilian drones.

Anti-drone technology is still an emerging field, and developing an effective anti-drone system seems to be challenging since drone technology itself is growing by leaps and bounds. Can you tell us about the pertinent technological challenges that need immediate attention?

The first challenge that comes to most manufacturer’s mind is the need to seamlessly integrate detection and neutralization capabilities. At CERBAIR, we tackled this problem since 2015. However, the rising events with rogue drones require a multi-technology solution, able to combine radiofrequency spectrum analysis, radar, and even optronics and acoustics. The idea would be to fulfill every step of the C-UAV Kill-Chain, with relevant and redundant technologies. (i.e., C-UAV Kill Chain).

Tell us about your new counter-UAV system, CHIMERA. How does it provide protection against drone threats?

CHIMERA is the first solution worldwide to combine detection, localization, and neutralization of civilian UAVs in the same portable hardware base. This solution acts as a “power projection” tool, which can be used to create a protection bubble around a moving target.

The solution is composed of three main parts. First, a manpack in the back of the operator containing the RF-spectrum analyzer, as well as the omnidirectional antenna. Secondly, an effector, carried by the user, allows for the azimuthal localization of the drone. Lastly, a tablet, attached to the front of the tactical vest, ergonomically displays the relevant information about incoming threats.

Herein lies the strength of CHIMERA: for the first time ever, an integrated three-function C-UAV can be carried and operated by a single user.

Tell us about existing anti-drone rules to counter rogue drones. Are there sufficient rules and regulations to regulate Unmanned Traffic Management (UTM)? What are the challenges?

When it comes to UTM, more and more comprehensive regulations are being established. The most relevant, in our opinion, has been written by the European Aviation Safety Agency (EASA) in April of 2020. It tackles the challenge of integrating drones in the urban and peri-urban airspaces in a seamless and harmless manner.

To ensure the safe interaction of drones with existing entities (planes, helicopters), EASA has designed a few safety standards. It includes dedicated communication protocols, safe flight paths using routes and specific altitudes for public services helicopters, and the use of last-resort neutralization methods to enforce regulations. Thus, the main challenges for future Unmanned Traffic Management are:

What are the emerging technologies and trends in anti-drone systems?

Not all detection methods are equal. Some excel in rural and quiet environments, others can only be used in featureless landscapes. But since most UAVs can operate regardless of any external factors (buildings, cloud cover, urban noise…), so should a detection system. The latter should be ranked according to their availability level across all conditions.

C-UAV technologies can be divided into two categories: primary and secondary means of detection.

When it comes to neutralization methods, there are three categories:

So far, there is no perfect neutralization technology for all conditions. The relevancy depends on the field they will be operated on.