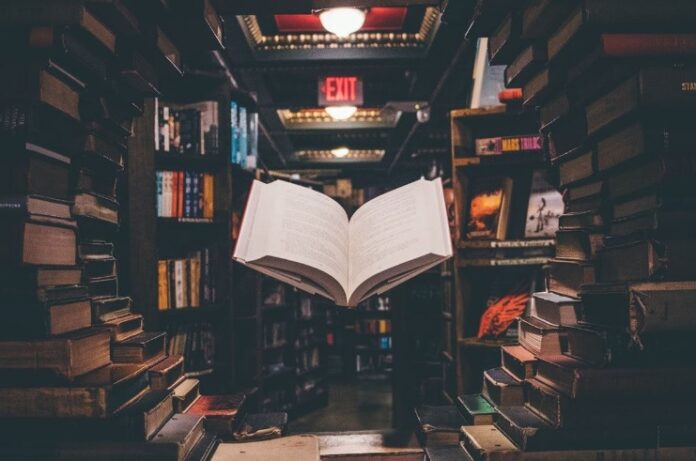 Reading is one of the best ways of gaining a lot of knowledge in a limited time. You can read almost anywhere, in the toilet, on the train, during office break, or while avoiding a crowd. The recent trend in books has been artificial intelligence. AI is a technology where humans implement intelligent computing algorithms to do human work without human intervention automatically. If you are among the group who are interested in artificial intelligence, you are at the right place because we will discuss a few great books which will educate you about AI and where it is heading.

1. The Book of Why- The New science of Cause And Effect

Julia is a computer science professor at Chancellor, and Dana is a Ph.D. mathematician who chose to become a science writer. Data has also written for a science magazine for two decades, including Discover, New Scientist, and Scientific American.

This book talks about the story of science that did affect our perception of facts from fiction. The mantra of ‘correlation is not causation, is something scientists have been chanting for more than a century, which has led to a virtual prohibition on the talk of the same. Professor Judea Pearl talks about small details of our lives that contribute to big decisions and how small instructions are completing a big task.

While it is a fact that popularity and advancements in computation power have made deep data sets more accessible. This change has given us many surprises and actual results that the mechanics use to connect the dots and fit them in a line, much like statistic experts.

Deep neural networks are also an essential aspect that adds a lot of complexity to a function. But raw data is still the one driving all the processes collectively. The casual revolution is also what has given researchers a much higher ground for exploration.

2. How to Create a Mind- The Secret of Human Thought Revealed

Ray Kurzweil is an inventor and thinker who has given this world many books on health, transhumanism, artificial intelligence, and technological singularity. He is the current day’s most influential, and a lot of times, controversial futurist.

In this book, Kurzweil showcases an exploration of the most critical project in machine-human civilization. Reverse engineering the brain to understand what its working algorithms are, including knowledge creation properties, can help us create a super-intelligent machine

Kurzweil discusses in detail how the brain works and how a personality emerges from the brain. He also uses the implications of ever-expanding intelligence powers to relate to many of the world’s problems. He also thoughtfully discusses moral and emotional intelligence and emerge of consciousness. The author also descriptively envisions the possibilities of emergence with the intelligent technology we create.

Kurzweil discusses most of his points with the help of thought experiments, suggesting that the human brain consists of quick grading pattern recognizers. Depending upon this principle, he introduces his Pattern Recognition Theory which contains three-hundred million general pattern recognition circuits. The author also argues that they are responsible for carrying out most of the human brain’s thought processes. He also suggests that the human brain is a recursive fractal with a line representing within thirty-to-hundred million bytes of genome codes in compression.

This book is undoubtedly one of the most conversed and debated books about artificial intelligence this year. It can surely take its spot on the bookshelf besides Kurzweil’s other classics.

3. Life 3.0- Being a Human In The Age of Artificial Intelligence

If you are in a fret, worrying about how AI will affect the war, crime, jobs, justice, and society itself, then this book is for you. Max talks about how AI will affect our sense of human being and the future’s potential transformation with technology. For this discussion, maybe there is nobody better and more qualified than Max Tegmark, a physicist and cosmologist of Swedish-American native. He is a reputable professor at the Massachusetts Institute of Technology and is the Foundational Questions Institute’s scientific director.

This book will surely empower you to contribute to one of the most crucial conversations of our time. The author also does not wary away from considering a wide range of viewpoints and conversation issues, from meaning to superintelligence, physical limits, and consciousness of our life in the cosmos.

A life in 2050 with humans converging with machines and letting them inside their minds will probably not be the same in real life. But a life in 2050 without much technology is also not true. Getting a more grounding perception of technology progression requires you to consider many essential aspects of how humans work. And Max is doing just that by giving a gritty assumption on how our economy, politics, culture, and bodies will be the catalyst to an AI revolution.

Our minds keep working constantly, but we rarely stand and think about how they work. Marvin is an American cognitive scientist for AI and co-founder of the Massachusetts Institute of Technology’s AI sector. He is also an author of numerous textbooks on AI and philosophy.

The human mind is very complex and has several different ways of thinking. We unconsciously use these thinking algorithms depending upon the situation’s intensity, and some do not even associate them with thoughts. Once we know how we think, we can implement the same to artificial intelligence, which can help us with our daily tasks. If we execute our thought process in machines, they will also gain emotions, just like us.

This brilliant book challenges several ideas about thoughts and minds. It is very insightful to dive inside this thoughtful mind, which relates every choice to its thought processes.  If you imagine a life where you think about thinking, you may not pay much attention to your world as you will be so conscious about keeping your mind stable at all times. You will also be more expressive and accurate about your choice of words when showcasing emotions.

He shows how our intricate minds progress from simple thoughts to complex ones as our consciousness and awareness grow. He also argues that we tend to see our thoughts as tiny fragments, and we fail to see how influential thinkers we tend to be during most situations. Minsky states that if thoughts were understandable as a step-by-step process, we would have a much easier time building intelligent artificial machines.

AIMA is a very old work of literature, but not as old as you think. This book first came in view of readers around 1995 and has gone through four editions, the last one being 2020. It is very relevant in the current age as AI advances will never make the fundamentals obsolete with time.

AIMA aims to tell you how math concepts relate to our ideas of knowledge and reasoning. Complex processes like planning and systemization can boil down to simple approximates. But the book, at the same time, also talks about how simple algorithms have their own set of drawbacks.

Since the 2003 edition, many topics have been covered in the book, such as local search planning, constraint satisfaction, multiagent systems, natural statistical language, game theory, and uncertain reasoning.

Other topics such as algorithms, probabilistic interference, probabilistic learning, and fast propositional interference have seen more detailed descriptions and a lot of attention. The fourth edition of AIMA discusses machine learning, probabilistic programming, deep learning, multiagent systems, and sections where AI has uncertain utility function instead of specific.

The book has many programs with pseudo-codes with implementation and compilation in Java, Python, and Lisp. You can also find several unsupported implementations in C++, C#, Prolog, and other languages. Github has a repository that supports the implementation of course material in the book.

These five masterpieces are not just good books for artificial intelligence but also very exciting and intriguing to read. The fifth book in the list can be more applicable to you if you know programming languages and how they work in AI. These books also present beneficial information about specific aspects of AI while providing a lot of historical background.

These books also provide essential information about the philosophy and human thoughts while attempting to comprehend how we can implement them. One of these books also paints a descriptive picture of how a future with top-notch artificial intelligence technology provides.

There is also a common assumption that turns into truth, that people usually in the science and engineering sectors underestimate the need for explanation about complex concepts. Issues concern people who are generally new in AI. These books ease the understanding process by making complex concepts easy to understand with provable examples and thought experiments on our minds.

Chris Chaperon is a passionate writer, hungry for new innovation. New trends fill him with tons of enthusiasm to uncover hidden topics. Speakaudible covers a wide range of subjects related to audiobooks. You can check best horror audiobooks on Speakaudible.