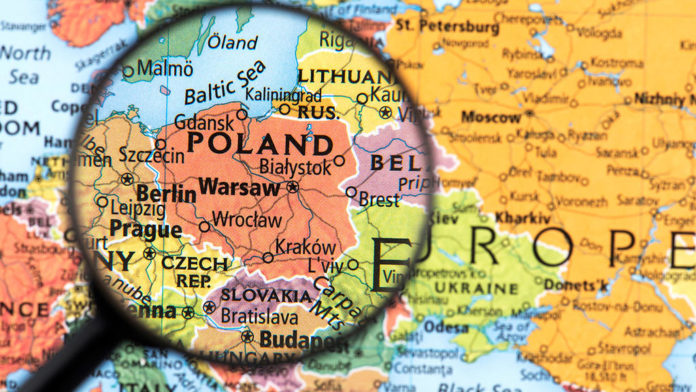 Warsaw-based Industrial Research Institute for Automation and Measurement (PIAP) is a research and development institute established in 1965. More than fifty years of the implementation of new technologies such as automation systems, specialized measuring equipment, and robotic applications for various industries have brought a large number of designs and significant applications of robotics to PIAP. Researchers have addressed many complex technical challenges in industrial automation and robotics, modern mechatronic systems, specialized measuring and inspection equipment, and visual inspection systems.

For more than a decade, PIAP has been the only manufacturer of high-quality mobile robots and robotic counter-terrorism devices in Poland. In 2000, the first INSPECTOR mobile robot was delivered to the local police force. Later, EXPERT, PIAP SCOUT, TRM and IBIS robots were created as well as EXPLORER devices. PIAP robots are by far the most widely used in the Polish security and defense services (Police, Army, Border Guard, Government Protection Bureau).

The Robot Control Department at the Institute of Automatic Control was established in 1991. Since its inception, scientific and research work has been linked to the control and construction of robots. It has been awarded six doctorates, two habilitations, and two professors. The main areas of research include the control of electrical and pneumatic actuators for robots, the use of visual information in robot control, the design and control of mobile robots and robots for special applications, advanced non-linear control strategies, networking and impedance control.

The Robot Programming and Pattern Recognition Group is part of the Institute of Control and Computation Engineering at the University of Technology in Warsaw. The group conducts research involving robot control and programming as well as pattern recognition. The focus is on complex robotic systems, including the design of robot programming frameworks, the control of multi-robot systems, the formal approach to structuring multi-robot system controllers and behavioral embodied agents, the aggregation of information from various types of sensors, the manipulation of objects with internal degrees of freedom, computer vision and speech recognition. The main goal is to build a robot that can operate efficiently in both the natural environment and the human-created environment. The majority of the team’s work deals with advanced computer science applications in robotics. The aim is to create a framework that serves as a programming platform for all types of robots.

The Institute of Computer Engineering, Control, and Robotics at the Wroclaw University of Technology focus on research areas such as robot modeling, control, and motion planning, discrete-event control in robotics and automation, prosthetics and therapeutic robots and social robotics.