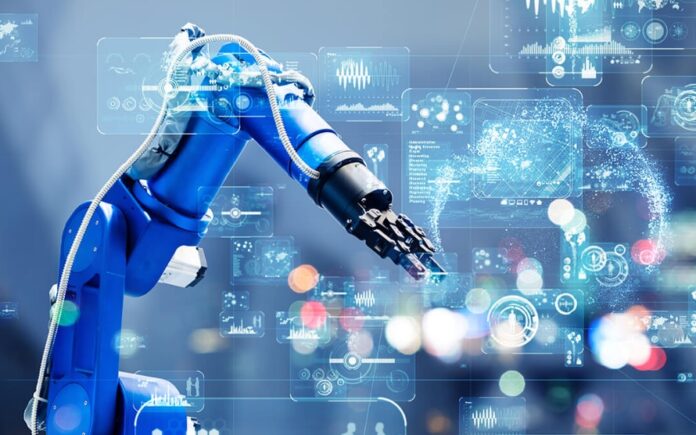 Automation has touched many fields over the last couple of decades, especially with the advance in artificial intelligence (AI) and related technologies. The resulting transformations have been significant, and it’s not hard to see our progress in some industries. Manufacturing is, without doubt, one of the most heavily affected sectors of the market right now. And there are many indications that we only see the tip of the iceberg and that even more developments are coming up on the horizon.

Some were worried that automation would spell disaster for the job market, taking away opportunities from many people. But as we’ve already seen, the reality is the opposite. Sure, some jobs are being phased out little by little, but at the same time, new opportunities are opening up. And many of those opportunities require skilled workers with in-depth knowledge of specific systems and technologies. In the end, we’re seeing growth and the creation of entire new specializations.

Leveraging modern technological solutions isn’t as easy as installing a new system and calling it a day. It requires a lot of expertise and constant learning. It will be interesting to see how much farther the market will move in this direction. We already see some interesting developments in companies traditionally mainly focused on manual labor and related types of work. At this point, many of those companies are focusing heavily on building up a workforce of competent, skilled workers with advanced knowledge in areas like machine learning and programming.

Automation has also contributed to improving the analytical capabilities of companies in the manufacturing sector. It’s not rare to see systems identifying problems long before any human operators know anything is wrong. This has allowed many companies to improve their resource utilization and plan their next steps more carefully.

Of course, artificial intelligence is not a magic wand that automatically identifies and solves any problems you throw at it. But when used correctly, it’s still a useful tool that brings a lot to the table. It can help companies figure out issues in their planning better than manual analysis and can be very useful in directing the organization’s future growth. When it comes to a field like manufacturing, even the smallest increase in a certain margin can make a huge difference to the company’s bottom line.

Focusing the Company’s Efforts on the Right Areas

Another aspect of manufacturing that automation has proved extremely useful is allowing companies to grow in the right direction. Freeing up the company’s resources in one area means more effectively investing them in another, improving the performance of certain parts of the production operation, and creating long-term value.

This concept is more strictly defined in some companies than others. It’s not rare to see a relatively vague approach to resource utilization, especially when it’s difficult to quantify some parts of the manufacturing process in the first place. But as long as a company has a relatively clear idea of the goals it’s trying to accomplish, and how its resources can be utilized better, automation can help realize those plans.

Many processes can be improved and streamlined with the help of automation. It includes advanced processes that involve multiple steps and simpler ones traditionally handled with manual work. For example, many production plants can save time with packaging automation instead of relying on human operators for that part of the job. And companies like INSITE Packaging Automation have been making it very easy to leverage those solutions. Their products are among the top-ranked automation solutions in the manufacturing market and have earned the company a solid reputation in the sector.

What Does the Future Hold?

Despite all the progress we’ve seen in recent decades, it’s still hard to predict where things will go from here. Companies have been moving towards increasing their automation level even further, but there’s an upper limit to all of this. Some organizations seem to be close to reaching it, and it will be interesting to see how they cope with the roadblocks ahead of them. Other companies have been much more careful in their planning and have been taking cautious steps towards automating their full production pipelines.

In any case, it’s good to see that the leadership of most of these organizations has been taking the time to understand the importance of these trends. While the manufacturing sector has never been associated with resistance toward automation trends, there was initially some friction in some specific parts of the sector. But at this point, most leaders are on the same page, and companies better understand the implications of automation.