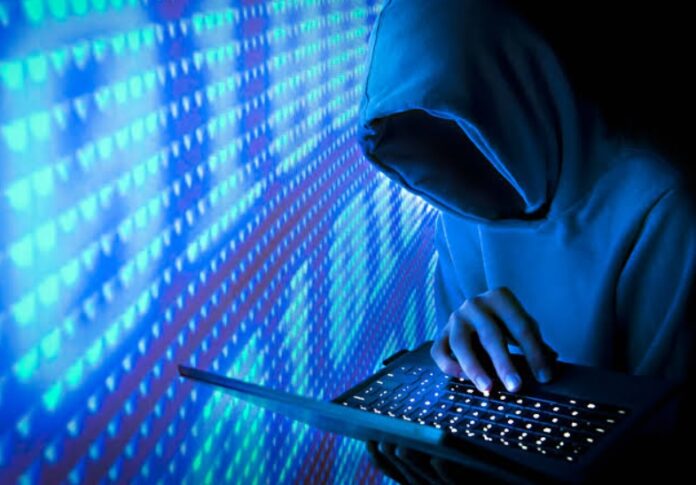 The history of the cloud is as old as the internet itself, founded in the very laboratories of the ARPANET, the origin of elementary internet. The need for combining data with communication gave rise to the web; the same impetus eventually gave birth to the cloud. Cloud Computing is the capability of on-demand access to resources, data, computation, applications and especially storage facilities, without these systems being hosted by the end-user. In short, the cloud is like a computer existing elsewhere, which we can access remotely from another place.

Like our personal computers, the cloud is also vulnerable to malware infections and infiltration. Document creators like Google Docs or Zoho Office Suite, email services like Gmail or Hotmail, streaming services like Netflix, or web storage like Google Drive all come under the ambit of Cloud Computing. These services store billions of terabytes of highly sensitive user data and frequently targeted by committed cybercriminals, trolls, and hackers. Tech giants like Google, Amazon, or Microsoft are behind these services, and the industry is worth above 140 billion US dollars. Let us discover its potential vulnerabilities and security measures.

In modern-day, we depend on cloud computing in almost every way. The modern context of the cloud was unveiled with the then Google CEO Eric Schmidt mentioning it in an industry conference in 2006. As the cloud is increasingly becoming an inevitable trend of the internet age, products like Google’s Pixelbook are becoming a commercial success. Only equipped with minimal storage and a web browser, such devices are relying primarily on Cloud Computing to deliver content and services to consumers. But this next-gen platform of the internet is not without potential shortcomings and vulnerabilities.

Like human bodies, computer systems are also prone to vulnerabilities and exploits it turns out. Appropriately named a ‘virus,’ these little pieces of programs and executables wreaked havoc in these systems. Thus, began the industry of antivirus and security suites. The first recorded computer virus, the ‘Elk Cloner,’ discovered in 1982, ushered an era of malware development that has also exponentially grown ever since.

With the advent of the internet, as with the dispersal of information, the dispersal of malware also became swift. Suddenly, rouge downloads, pop-ups, spam emails, everything was a potential vector of viruses, worms, and other malware. These new generations of malware did not only slow down your computer or delete files but remained clandestinely in your computer, providing backdoor access to remote hackers. These hackers could remotely log your keystrokes, access your files, monitor and plot your activity, and steal sensitive information. Let us delve into the ways the cloud is vulnerable to such attacks:

These individual attacks, or sometimes a combination of these attacks, can lead to severe breaches affecting millions of users, resulting in substantial financial losses and distrust among its clients. There have been several notorious breaches and cases of cyberattacks that have rattled the tech industry. Thankfully, with each of these attacks, more insights are gained into the vulnerabilities, and security measures are further advanced.

The impact on business

Almost every major tech-company or corporation has experienced breaches in its systems, be it Adobe to Yahoo. Some of these breaches have resulted in hundreds of thousands to over billions of data being exploited or stolen. Often these breaches are not detected for months and years, and the vulnerabilities remain unpatched and exposed. When a company does identify suspicious activities in its servers, it is often a lengthy and expensive sweeping investigation that follows. Not to mention the massive media storm that leaves the company at great peril of losing brand reputation and user trust.

Several noteworthy cases include the infamous 2013 cyberattack on Yahoo, which led to over 3 billion accounts being affected, the biggest ever breach in history. These included sensitive information like names, phone numbers, dates of birth, and passwords. The 2019 Facebook data breach, which occurred due to inadequate security measures on an unguarded Amazon Cloud server, exposed over 540 million user data. Or even the luxury hotel chain Marriotts International’s servers were hacked in the same year, which caused the breach of over 500 million user data. These are a few noteworthy examples of many that have kept the industry up on toes.

The vulnerabilities and the current situation

For combating this newer and more potent malware and exploits, our security suites have also evolved to be mightier over time. This security software greatly veils us against most threats. The data centers, where these virtual clouds reside, have also become impenetrable fortresses with multi-layered security, sandboxes, and multi-factored authentication systems. A data center is storage and processing units for data, hosting valuable data of billions of users or clients. These data are sought after and targets industrial hackers and cybercriminals. They achieve such breaches often through the means of exploits and viruses.

However, it is noteworthy that with security systems becoming highly fool-proof, it is often the unresolved and unnoticed vulnerabilities that hackers exploit, such as exposed APIs or vulnerable network infrastructure, unencrypted or poorly encrypted data storage, etc. These unmapped vulnerabilities remain as dark holes in the wall through which these cyber-raiders exploit the systems often without leaving a trace.

Needless to say that these tough-earned breaches have also given the CSPs with the experience, that has made cloud computing more secure than ever before thanks to protective measures such as:

These and other internal security measures have made it ever so difficult to infiltrate the safe walls of the cloud. With user best practices such as regular password updates, enabling extra security layers, and keeping data backups to protect the cloud environment further. With these measures and steps, Cloud Computing can deliver a secure and highly convenient service that is indeed the cornerstone of upcoming internet culture.