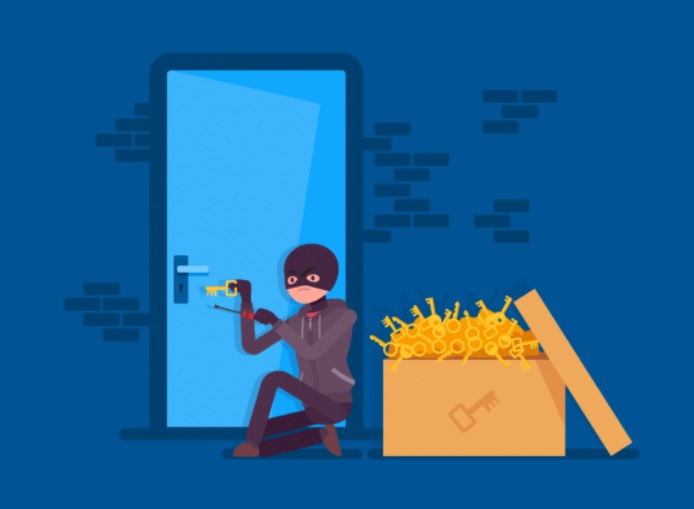 The number of people working from home has risen astronomically this year due to COVID-19. Consequently, numerous companies have been reliant on remote desktop connections to enable their employees to access their work computers from home.

One of the most popular applications for accessing Windows workstations and servers is Microsoft’s remote desktop protocol (RDP), which cybercriminals have viewed as the perfect opportunity to exploit.

To gain access to valuable corporate resources such as confidential emails and data, cybercriminals can deploy brute-force attacks, attempting to find a valid RDP username and password pair by systematically checking all possible combinations until the right one is discovered.

Interested in the prevalence of RDP brute-force attacks, Reboot Online analyzed the latest data from anti-virus specialists Kaspersky to discover which Asian countries are most at risk.

Alternatively, Myanmar (0.95%), Yemen (1.51%), and Laos (1.58%) are among the Asian countries where RDP brute-force attacks are significantly lower, placing them at the bottom of the list. 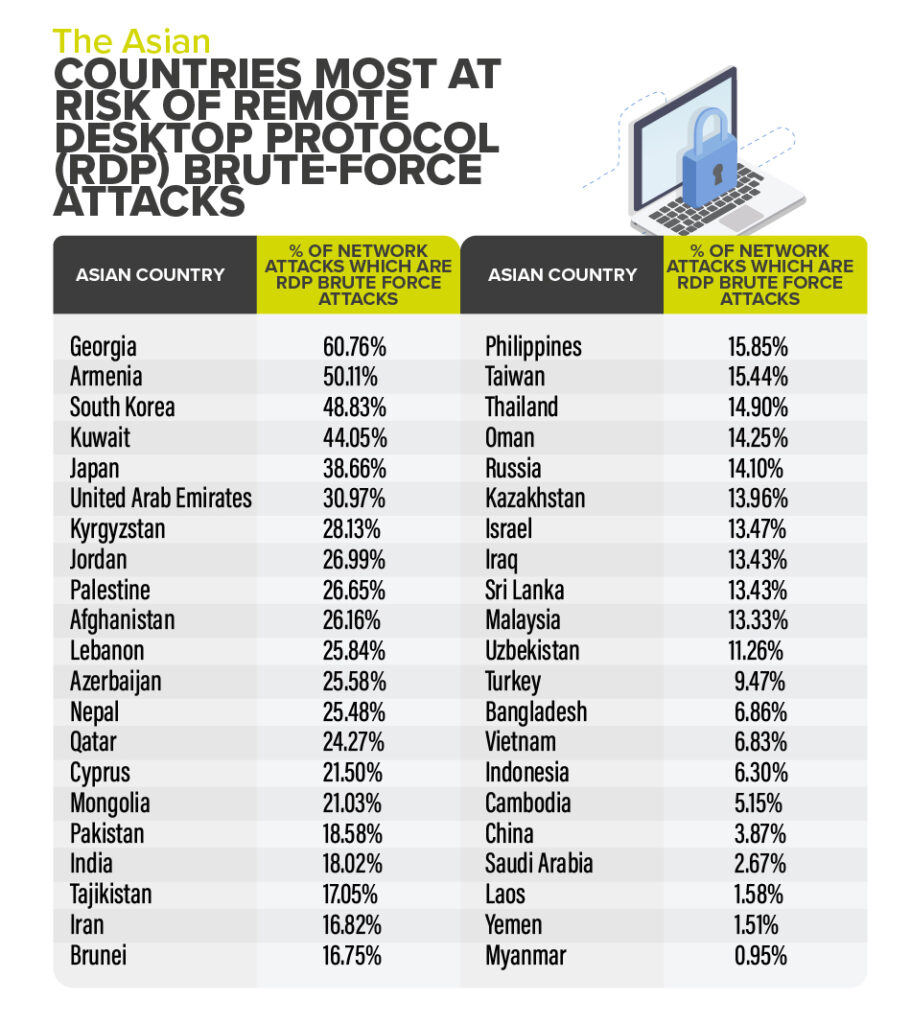 1. Have strong usernames and passwords

A basic and easy form of defense against RDP brute-force attacks is having a strong password. A long password and a combination of upper-and-lower case letters, numbers, and special characters are recommended.

Additionally, avoid basic account names such as ‘administrator’ as usernames, and instead use something more cryptic.

Instead of granting access to RDP to everyone in the company, think about the employees or departments who genuinely need it to work. By restricting RDP access to selected personnel, you take a productive step towards reducing an attack risk.

RDP brute-force attacks could require cybercriminals hundreds, thousands, or even millions of login attempts before finding the correct credentials –slow potential attacks by setting up an account lockout policy on Microsoft Windows. This feature will lock a user if they fail to login after a certain number of times within a specified time frame.

Carefully assess all the computers in your company and identify any outdated units that can be accessed from the internet using RDP. Once these computers have been identified, replace them as soon as possible. Outdated computers are unlikely to support any new security updates/patches, thus making them more susceptible to cyber-attacks.

Companies need to assess the requirement to have RDP, port 3389, open on systems. If required, they should