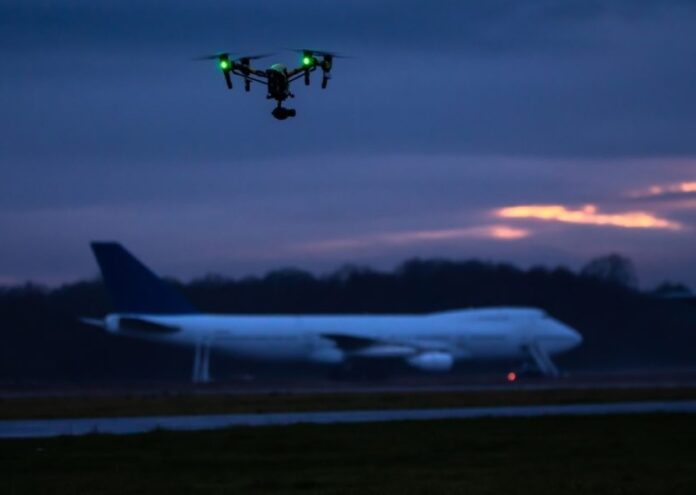 Adverse weather conditions, such as extremely high/low temperatures, rain, snow, ice, strong winds, fog, thunderstorms, lightning, hail, tornadoes, and hurricanes, can have a negative effect on the performance of drones and remote pilots alike. Just like freezing temperature affects the batteries, high wind and ice formation on the propellers dramatically increase the risk for a crash.

Hazards caused by these inappropriate weather conditions have the potential to cause loss of control, loss of communication, and diminished aerodynamic performance, resulting in severe damage or loss of aircraft and putting people in a dangerous situation.

The general rule is that one should avoid flying in severe weather, since if lost control, the drone can pose a greater risk to people and objects on the ground.

Therefore, one must have extra knowledge about how the weather and meteorological conditions affect your drone and flight. Just like sensors, a drone pilot may encounter poor visibility in worse surroundings. That is a reason to fly more cautiously or not at all in poor weather conditions.

Impact of weather hazards on drones

Drones are extremely sensitive to wind. Wind can cause loss of control, inability to return home, and mission failure. The wind usually has a higher velocity at higher altitudes and changes direction (directional gradient).

If it is windy and your drone carries a payload, the settings of the center of gravity (CG) may shift as the weight distribution on the drone changes. It can get the drone out of balance and, in the worst-case scenario, cause it to crash. Besides, the payload means the drone will have more drag, potentially making it harder to move forward. The size of the drone can be crucial to its ability to withstand the wind.

For every drone, the manufacturer has recommended a maximum wind speed in which to fly. Ensure that you always follow the recommendations so that your drone does not drift away in the wind or crash. Ensure that the payload is properly fastened so it doesn’t move during the flight, disturbing the drone system.

You should always keep in mind that a drone carrying a payload may not fly at the maximum wind speed recommended by the manufacturer. The drone might have a hard time moving forward in headwinds or strong winds – and as a result, might not reach the home point in time or may land in the wrong place.

Many drones are not IP rated (classification of how well an electrical device can withstand dust and water) and are therefore sensitive to rain, heavy fog, and snow. These can cause short-circuiting of electronics and VLOS impacts. Always avoid flying during thunderstorms, as metal parts, sensors, and batteries in the drone can be negatively affected by lightning at high altitudes.

Always check what your drone withstands according to the manufacturer’s instructions before flying in humid or wet weather. Drone cameras can be sensitive to moisture, and they will perform poorly during rainfall or fog. Besides, many drones have IR sensors, which are also sensitive to water accumulations, snow, direct sunlight, and any shiny and reflective surfaces. This may cause the sensors to miscalculate distances – in the worst-case scenario resulting in a crash.

Turbulence is caused by moving air that is prevented from having an even flow instead of swirling and fluctuating in force. The disturbed flow can be caused by thermals – columns of rising air and mechanical turbulence, which may affect your drone if you fly between buildings, mountains, or other high objects that interfere with the even flow of the air. Turbulence can cause reduced mission duration and loss of control.

Different drones withstand cold differently. You must consider two important factors while flying in temperatures below the freezing point: the risk of ice building up on the propellers (icing); and the risk of the batteries getting cold. Ice buildup on the propellers can have major consequences, as the propellers will not produce the power they need for a safe flight. On top of this, cold batteries will have a reduced capacity; thus, they should preferably be heated before the flight.

Clouds reduce visibility, creating safety hazards presented by weather. Glare is another weather phenomenon that occurs in clear skies and yet affects visibility in a couple of ways. The first is by hindering direct observation of the aircraft. In addition to the difficulty of spotting a small aircraft on a bright day, looking too close to the sun can result in watery eyes and spotted vision. In preparation for a mission on a sunny day, the pilots must take care to pack sunglasses and should shield the display screen from glare, either by operating from a shaded location or using a display hood.

Let’s sum up. The rule is very simple. Always keep yourself updated on the weather. Before each flight, you must check the weather forecast for the period when you plan to fly and be aware of your drone’s limitations.