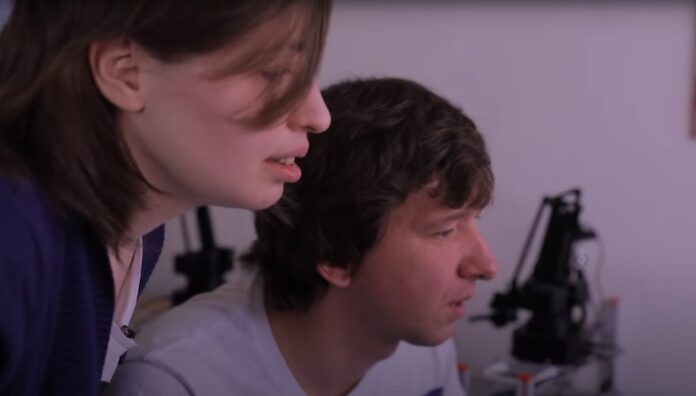 Robots have come a long way, from the first stationary unintelligent industrial robots in the 1970s to a new generation of mobile, intelligent, autonomous, and collaborative robots that we see today in numerous industrial and service applications.

Robots were initially used in repetitive, dangerous, and tedious tasks in challenging environmental conditions. Today, their presence is fast growing in increasingly complex and less structured tasks and activities, interacting and sharing workspace with people as coworkers.

Seemingly, robots will eventually participate in most aspects of human life, taking on relatively new roles in the near future as teachers, cooks, soldiers, cleaners, mechanics, electricians, builders, drivers, and surgeon’s assistants.

Today, we introduce a new robot that can learn to paint like a human artist. Meet AI_NORN that uses traditional tools such as paints, canvases, and brushes, just like the rest of us, to create his works of art. This most sophisticated creative robot was invented by two data scientists – Anna Mishchenko and Nikolay Gavrilin, from Moscow and Altai, Russia.

Anna graduated from Lomonosov Moscow State University, Faculty of Mechanics and Mathematics, and worked for several big Russian Internet companies. Nikolay did his PH.D. on energy saving. Both started this project in 2019 in their apartment as a hobby, and eventually, the project has become their passion. We had a chance to interview Anna and Nikolay recently, and you can hear more about AI_NORN directly from these creators.

1. We, as people, dependably trust that creativity is the thing that makes us novel. Typically, we would never propose that a couple of code lines can deliver a picture you wouldn’t mind hanging in your place or a melody that you have on your playlist or individual sport or financial news made by machines. This takes us to a serious question about what creativity is and what dimensions are required for creativity in machine-generated art. How do you respond to the existing theories on AI and proving the idea that creative machines can generate a product that can be considered an art?

We don’t want to argue whether AI can create art or not. Firstly, because we have a lot of work on creating AI, it is an exciting and creative process. Secondly, because there is no formal, strict definition of art, the attitude to art changes along with society. Some of the tasks we considered to be only for humans, creative ones, are now done by machines, and this is something new, but there is no public consensus about it yet. However, this is not something unique in our history. New technologies have repeatedly dropped the attitude towards art; let’s take the invention of oil paint or photography and cinema, for instance. AI will most likely be the same – something will change, but art will not disappear at all, and there will be a place for humans. Even if it’s a machine that makes art, there is still a human who sets a task, basic principles, and ideas for the machine. This procedure becomes more abstract but still exists. Robot art for us as Aphrodite in the Pygmalion myth – to “animate” beautiful machines and make them “artists.”

2. What kind of creative attributes should a robot obtain to make the connection between creativity and the outcome of generated art?

After computers began to count faster than humans, it was said that there are several things that differ humans from robots: imagination, fantasy, and the ability to create something new. However, we already see algorithms (for example, in the game “Go,” which combines elements of strategy and art) that create new, unexpected winning combinations that humanity couldn’t arrive at for several thousand years of the game’s existence.

So, machine algorithms are already able to create new combinations from “reality cubes.” It’s not an ability to imagine yet, but already some rather important element of it. Many are afraid that if the robot really does learn to be creative and make art (we have doubts about it), it will devalue many artworks to generate them on an industrial scale. We are sure that’s not possible since, for example, photography is an art, although cameras and printers are available to everyone (and even robots).

3. Tell us about AI_NORN. How did it start, and what was the driving force?

The AI_NORN was created in 2019. Working as a programmer for an IT company is a hard and route job, so we just start doing something to declutter our minds. And we started drew. But learning painting for an adult was not easy. Besides, we noticed that artists spend so much time to bring the idea into art. That is how the concept of robot art came. We began to study existing technologies. It turned out that there are projects that generate digital images using neuronets, there are robotic manipulators, and there are just printers. But there are no ready-made solutions that would paint a picture on canvas. So the idea was born to create a robot artist.

Now AI_NORN is two small robotic manipulators, a self-made robotic platform, and a webcam for computer vision. And most importantly, many code lines make this robot an assistant to the artist. In the process of creating a picture, several machine learning libraries, methods, and neural networks are used to influence the plot, style, and title of the painting. 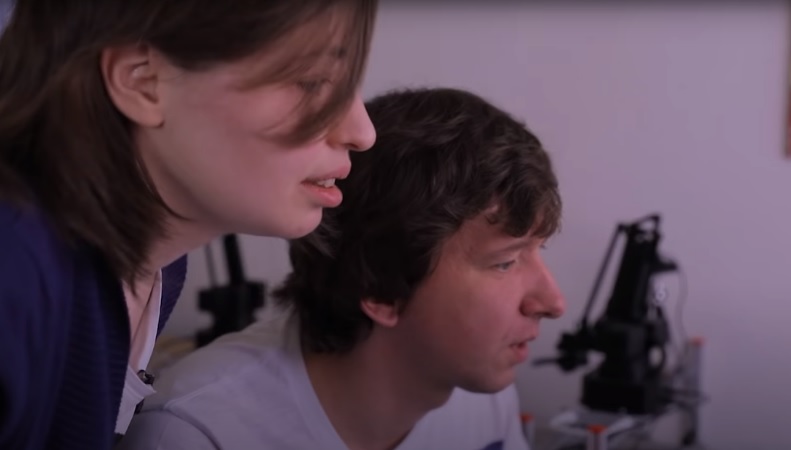 4. Do you think robotic painting can make an impact on the 64 billion global art market? What are the market trends you see at the moment from art lovers?

Innovations are always ahead of market trends. When something very new appears in some area, people are divided into conservatives and innovators, sometimes irreconcilable (they argue for a long time, and that is interesting, as it forms new bizarre solutions)

We know about selling AI-paintings at top auctions; such works are already exhibited in galleries, galleries specialized in AI-paintings, etc. For example, in the fall, we were invited to the WorldArtDubai exhibition (WorldArtDubai, an international annual art exhibition); unfortunately, due to the epidemic, we were unable to participate, but we received an invitation for the next year 2021 and, of course, we will try to be there. The process is already on, but we don’t know exactly where it will lead. To be honest, we are not really aware of the art market, so we would really like to find a curator who would help us with this.

We stand assured that robotic and AI painting will significantly enrich the painting and create new directions and opportunities for the art world. These are both application tasks and more global things- new forms of art. Application tasks are helping humans implement an idea of a specific work of art.

Let’s take an example, there is a person who has a plot, own philosophy that must be embodied in a picture, but this person doesn’t know how to draw, doesn’t know the technique other artists learn in art schools. In this case, AI can come to assist, help to draw, for example, a figure or a face. The computer also has a remarkable ability to store a lot of information, including knowledge, the collected experience of different artists, and trends. So, collaborating with AI even for professional artists have wonderful prospects – you can always try the combinations proposed by AI and new techniques. Or imagine that there is a 4-meter canvas, and half of it the artist should cover with the forest and half with the sky.

In order not to waste time and concentrate on important details and nuances, the artist can entrust AI the initial drawing, a lengthy and routine one. It is difficult to predict what new forms of art will appear, but maybe it will be, for example, the art of creating characters – robot artists, an introvert robot that puts stones on the beach in the form of bizarre patterns at night. Whether it will become a new art or not, we do not know, but we will try to participate in it.