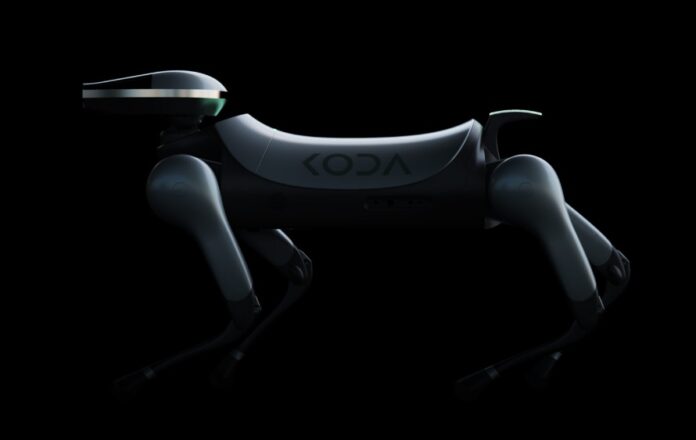 Robots are already a familiar sight in our factories and warehouses, where they continue to win terrain. They typically operate in highly structured environments and have only limited interactions with humans.

Now, with an accumulation of innovations in artificial intelligence (AI), sensors, and battery technology, robots have acquired the ability to enter our workplaces and homes. These social robots are designed to interact with us and exhibit social behaviors such as recognizing, following, and assisting their owners, and engaging in conversation.

These social robots trigger various discussions, ranging from the dark side of artificial intelligence to the future of work and the impact on social interactions. One of the most interesting ones is whether there will be a recognizable border between humans and robots.

To further discuss the opportunities offered by social robots and the potential impact on our social life, we are glad to introduce John Suit, who is working as the advising chief technology officer at robotic dog company KODA.

We had a chance to interview John Suit, currently responsible for innovation and the technical direction of KODA, Inc, as well as Cyber Reliant. Cyber Reliant is the leading provider of next-generation Cryptographic and Dynamic Content Provisioning technologies for Organizations that require the most advanced content assurance and secure mobile communications.

Prior to Cyber Reliant, John was most recently the CTO of Xceedium Inc., which was acquired by CA Technologies. Prior to Xceedium, John co-founded Nano Network Engines, which became Fortisphere. Before Fortisphere, John was the VP of Advanced Technology for Cloakware. John holds over 40 U.S. and International Patents in Information Security Analysis and Securing Cloud Environments, with several additional patents pending.

1. Over the last several years, there is an increasing interest in Human-Robot Interaction (HRI) due to the rising usage of robots in industrial fields and in other areas as schools, homes, hospitals, and rehabilitation centers. Therefore, there is a growing need for developing behavioral models for social robots to have a high-quality interaction and acceptability in providing useful and efficient services. However, it is also true that how people will accept, perceive, interact, and cooperate with these machines in their life as social beings are still somewhat unknown. What is the current social perception of such socially skillful, artificially intelligent machines? Will robots be the companions of the future?

Robots with human characteristics and robots that are meant to emulate “cute and cuddly” animals will have very different paths towards acceptance; this path mirrors the differences humans meet both other humans and a visibly friendly animal. When we meet a stranger, there is often a period of time where the trust needs to be earned, and a relationship needs to be established. This trial period is extended when a human comes into contact with a humanoid robot.

When a dog approaches someone, playfully wagging its tail, we’re more likely to let our guard down and play along. I believe that robotic animals, designed to do everything a mobile device can do, in addition to socializing with humans, providing physical guidance, companionship, and even protection, will be more quickly accepted by a new owner or user.

Sci-fi has given us Skynet and replicants, with the caveat that this is all fantasy. But when that fictional future looks closer to reality, there is a collective concern we start to feel. Before we’ve even come into contact with a humanoid robot, we’re already coming from a place of fear. When these robots become more commonplace, the trust that they will need to overcome far exceeds the trust currently necessary for humans to form relationships with strangers.

2. To achieve fluent and effective human-like communication, social robots must be endowed with the capability to understand feelings, intentions, and beliefs of the user, which are not only directly expressed by the user, but that is also shaped by bodily cues (i.e., gaze, posture, facial expressions) and vocal cues (i.e., vocal tones and expressions). Could you talk about the key advancements in empowering robots with cognitive and affective capabilities to establish empathetic relationships with users?

There have been tremendous advancements in capabilities to understand feelings, intentions, and beliefs of the user, which are not only directly expressed by the user, but that is also shaped by bodily cues (i.e., gaze, posture, facial expressions) and vocal cues (i.e., vocal tones and expressions) This evolved out of both facial recognition systems, initially intended to identify an individual and attempt to determine ill intent or nefarious purposes on behalf of the individual being observed. Mood systems evolved from multi-camera and temperature sensors coupled with algorithms that have made it all the way to social media mood displays for entertainment on our handheld devices.

3. What are the challenges social robotics companies are yet to solve?

Social Robot companies need to convey value beyond a single or very small set of use cases. The benefit of real AI, especially in decentralized AI learning robots, is that the robot can be used for almost anything that benefits from observation, guidance, memory, instruction, physical assistance, and most importantly, reasoning and recall. For example, a KODA robotic dog may one day be acquired to aid a visually impaired child with all their day to day needs as an organic service animal may, but a KODA that included real learning through its decentralized AI systems will detect when the child is under distress, scared, or otherwise needs assistance.

Additionally, the robot will gather the data surrounding the child as it navigates in an environment from large cities to rural locations. If help is needed, the robot can communicate through a varying array of onboard devices to get assistance, information, two way or group communication, all while recording all that is happening, if desired. The challenge of conveying the value beyond the single-use case will be key.

KODA is a social robot. It’s designed to be functional from pragmatic and emotional perspectives. KODA’s blockchain-enabled decentralized AI infrastructure allows the robot dog to serve a multitude of purposes: from family companions to seeing-eye dogs, from an ever-vigilant guard dog to a powerful supercomputer capable of helping science solve some of its most complex problems, the learning power of KODA makes it future proof in both its evolution and application.

5. Is it true that KODA’s robotic dog can evolve from a puppy-like state to a robotic dog with the intelligence of a supercomputer? Can you explain how?

KODA’s potential is rooted in its ability to utilize its decentralized AI to learn and grow. The dogs are shipped with domain knowledge – a base level understanding. And when they are unboxed, they have the ability to add to this domain knowledge as they interact and observe the environment around their owner. 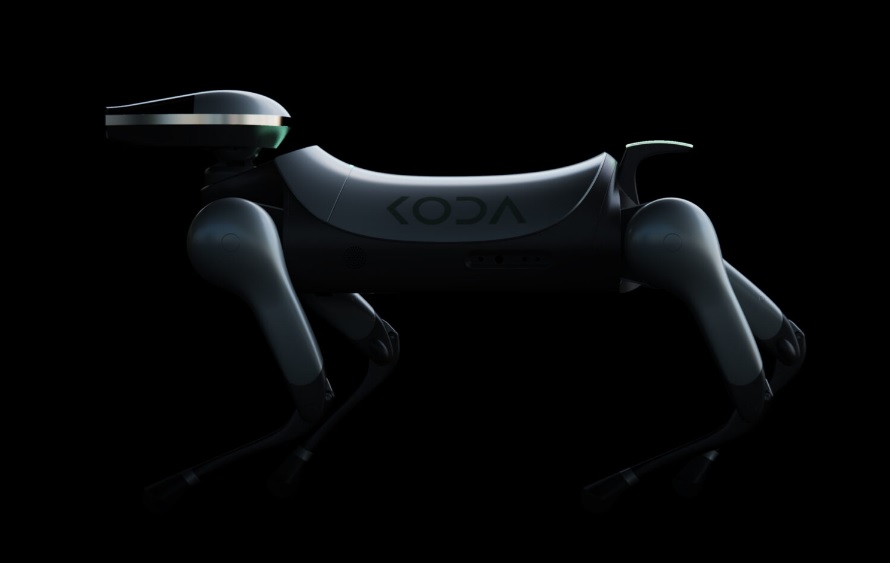 It’s not that different from how humans develop wisdom. It extends beyond just learning and figuring out how to do something – it’s understanding how to take those findings and putting them into practice.

The best example I can think of is that when you progress through your life, you are presented with challenges that you attempt to overcome or ignore. As you overcome challenges, you gain knowledge. You usually have to overcome similar challenges more than once, and typically, several times. Through ephemeral memory loss, it ensures you will develop multiple ways to come at a new challenge, with the most optimal solution learned over time. If you ignore a challenge, the challenge tends to be harder the next time you face it.

Eventually, as you tackle multiple challenges and gain knowledge on how to handle them with ease, you develop wisdom.

If a KODA learns how to climb a set of stairs, it may be beneficial for its instruction to employ ephemeral memory loss, so it will forget it learned how and will attempt it again and again, starting fresh to reason how to climb the stairs, while retaining the essence of having learned how to do things with different environmental conditions, interactions, and unaccounted for variables. It should employ different tactics with different attempts. If the user’s young son left his toy on the steps, it might learn something entirely new for just that session. It’s this level of learning that is the next major breakthrough in robotics, and I believe KODA is the ideal platform for it.

6. How is it different from other robotic dogs in the market?

There is no other Robotic dog available with the computing power, Decentralized AI, potential for real learning for unlimited use cases, and in my opinion, as cute as a KODA.