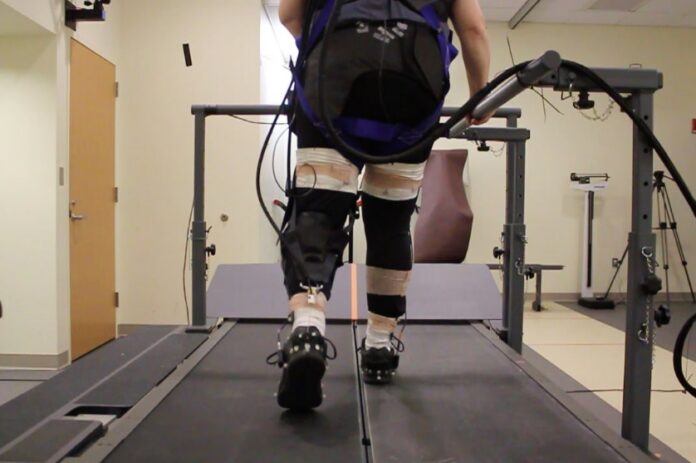 It is an extraordinary time for robotic exoskeletons, also known as external wearable robots, to help human beings support and protect parts of their bodies. Thanks to the recent advances in actuators, sensors, batteries, computer processors, and materials. This has given rise to hopes for creating advanced exoskeletons that can provide superhuman strength or endurance to humans.

Scientists and engineers around the globe are building exoskeletons with a wide range of diverse purposes. They are experimenting with several prototypes that can help physiologists better understand how the human body works and eventually help patients and workers alike as instruments to enhance their motor performance and productivity or medical tools for rehabilitation.

In many industries, exoskeletons are used to increase worker strength for walking on long journeys or lift heavy items. In the medical field, they assist patients who have lost their ability to walk due to spinal cord injuries, stroke, and other trauma. These exoskeletons improve the quality of exercises during rehabilitation and accelerate recovery.

Hips connect the upper and lower limbs, enabling a person to perform flexion/extension, abduction/adduction, and medial/lateral rotation. These motions are necessary for a person to walk or run. Hip exoskeletons have actuators placed on the users’ hips to basically enable a reduction of stress on hip and ankle muscles.

Honda developed an exoskeleton named the Honda Walking Assist, which has one Direct Current (DC) motor on each hip. The motor’s force is passed to the user’s thigh through the straps, resulting in a light and neat exoskeleton.

In another design by Giovacchini, a hip orthotic has an actuator located near the user’s hips. This exoskeleton assists the user in moving their hip in the flexion and extension directions. Moreover, it is equipped with a passive actuator that enables the user to move in the abduction–adduction direction, resulting in user comfort.

The HiBSO exploits a ball screw in each leg for transmitting the force from a DC motor. At the end of the ball screw is a strap that passes the actuation movement to the thigh. This structure has other movements besides the flexion/extension action. The HiBSO enables the user to move in the abduction/adduction direction in the hips while allowing for thigh rotation.

Another exoskeleton named Powered Hip Exoskeleton or PH-EXOS adds abduction/adduction motions and internal and external rotation. These motions enrich its primary movements like flexion/extension, with the abduction and adduction motions being passive. The motors are placed on the user’s waist and are connected to the pulley through a Bowden cable.

Asbeck constructed an exoskeleton called the Exosuit, featuring webbing straps with a geared motor carried on the user’s back. These straps are connected to the thigh of the user. They perform by contracting and expanding on the leg during the heel strike until the terminal stance.

The knee is an important part of the human body that generates significant torque for walking, running, and movement from squatting to standing and vice versa. Moreover, knees can also restrain impact during those activities. Compared to the hip and ankle, the knee has straightforward movements: flexion/extension and rotation.

Today, most knee exoskeletons have only one DoF, dedicated entirely to moving the knee flexion/extension actions. Normally, a soft inflatable cushion is used as the actuator. The inflatable part is placed behind the user’s knee for the reduction of weight of the exoskeleton. It uses a pneumatic system to inflate and deflate the component. The exoskeleton is inflated during the swing phase of the walking gait and deflated during the other phases of the walking gait cycle. Two DC motors are used to actuate two Bowden cables.

Most wearable robots don’t support squatting movement, but a passive one-DoF knee exoskeleton was developed by Ranaweera to help humans lift loads from the squatted position. Huang designed another exoskeleton to prevent injury since they observed that the squatting motion could make a user susceptible to personal injury. This device can enable the user to squat and walk without carrying any load. They utilize a motor and transmit the torque to the gear and pulley by a flexion cable.

Designed for walking and kneeling, Wang’s knee exoskeleton is actuated with a motor and transmitted to a double pulley on the user’s knee. This configuration enables the user to walk and to assume a kneeling posture.

An ankle has the most significant torque during the walking gait. It has four bones in three planar motions (three DoF). Plantar or dorsiflexion movement is a primary movement during the gait cycle. Therefore, some researchers have developed their exoskeletons with only one DoF for the main ankle movement.

For instance, Mooney and Herr developed a one-DoF exoskeleton to help the user walk while carrying a heavy load. This exoskeleton uses a brushless DC motor placed in the user’s shank. The motor controller and batteries are attached to a vest. This device activates a fiberglass strut to pull the ankle of the user; the struts are connected to the boots.

Another design by Asbeck is actuated by an electric motor, connected to a Bowden cable. The cable pulls the heel of the user, just like a human calf muscle. The motor, controller, and batteries are placed in a backpack.

Another exoskeleton by Bai is used for the therapy of people suffering from ankle injuries. An electric motor is placed in front of the shinbone, while the motor control and batteries are mounted on the user’s waist. The belt transmits the movement of the motor to the gear, activating the user’s ankle.

To actuate a joint, a person requires more than one muscle that passes through multiple joints. Some researchers, therefore, utilize more than one actuator to actuate joints in their exoskeletons. They actuate a combination of joints (namely hip and knee, knee and ankle, and hip, knee, and ankle). These multiple joint exoskeletons require a more advanced control system than single joint exoskeletons because the joints’ movement has to be controlled to result in a harmonious gait.

The National University of Singapore (NUS) developed a knee–ankle, two-DoF exoskeleton to rehabilitate stroke patients. They use a series elastic actuator (SEA) to actuate the knee and ankle joints. The actuators are mounted between the joint and the thigh or shank, with each actuator utilizing a crank and a connecting rod to move the leg.

The WAKE-up (wearable ankle knee exoskeleton) also uses a SEA to prevent direct contact between the user and the actuator. A timing belt is used to transmit power. This modular exoskeleton can be worn for single joints or for multiple joints at once.

In 2006, a hip–knee exoskeleton prototype called the LOPES (lower extremity-powered exoskeleton) was developed by the University of Twente as a rehabilitation device. The device has actuators on the hip and knee and was designed to enable the user to move the hip in various directions. The actuator is powered by a motor and transmitted to the SEA using a Bowden cable.