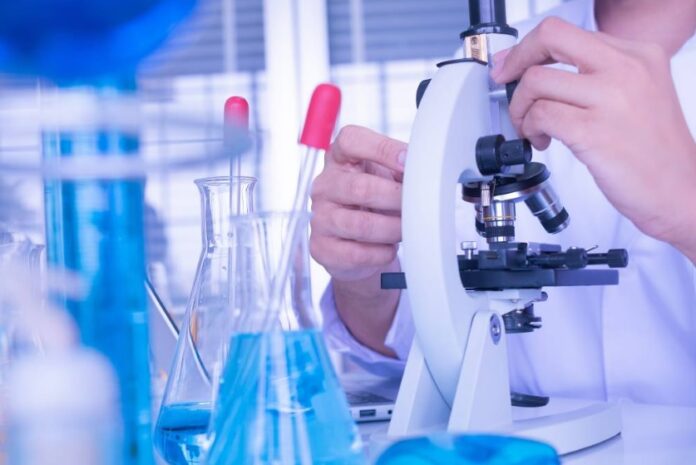 Processing large amounts of data generated in scientific fields such as particle physics, astronomy, biology, physics, medicine, the life sciences, and more is part and parcel of life for researchers today, pushing forward the boundaries of science.

As a technology that allows computers to learn directly from data and detect patterns, machine learning (ML) can be a powerful key tool for researchers to analyze these large datasets, detecting previously unforeseen patterns or extracting unexpected insights.

ML gives researchers a new tool to extract insights from data to test the veracity of their hypotheses. As a result, machine learning (ML) is becoming increasingly prevalent in the scientific process, replacing traditional statistical methods. In this post, we will see the potential applications of machine learning in scientific research.

In many ways, machine learning has had a significant impact on modern neuroscience, particularly through data analysis and modeling techniques. In neuroscience, supervised, semi-supervised, and unsupervised learning methods are all important tools for data analysis across multiple studies. By finding activity patterns in vast datasets created by studies of neural activity, machine learning can help map how the brain performs its functions.

Machine learning can correlate areas of activity with specific tasks, such as recognizing words or images, by processing brain images created by functional MRI scans. Human analysts are often unable to detect the subtleties in these images, but machine learning systems can detect patterns. Machine learning could help identify or treat diseases in the future by providing a deeper understanding of the brain in this way.

Physicists at CERN’s Large Hadron Collider (LHC) announced in July 2012 that they had discovered the Higgs Boson. This elementary particle plays a role in giving matter mass and is critical to the Standard Model of particle physics.

When particles collide at high energy, such as in the LHC, the Higgs Boson is produced. The Higgs Boson breaks down into other particles quickly after it is created; it decays into (gamma) photons in 10-22 seconds. As a result, finding this particle necessitated spotting a specific pattern of decay among the LHC’s other particle collisions and activity. Machine learning assisted in the detection of this pattern.

Today, machine learning techniques are used in various particle physics analyses, from correctly reconstructing and distinguishing the signals left by individual particles in detectors to distinguishing signals from background noise. These methods are crucial for maximizing the potential of today’s experiments by increasing the sensitivity of analyses. They can typically improve sensitivity by 20% to 40% at the LHC, implying that a result that would take two or three years of data to achieve without machine learning can now be achieved in a fraction of the time.

Astronomical research generates a lot of data. Detecting interesting features or signals in the noise is a major challenge. The Kepler mission, for example, is tasked with finding Earth-sized planets orbiting other stars by gathering data from observations of the Orion Spur and beyond that could indicate the presence of stars or planets. Yet, not all of this information is useful; it can be skewed by onboard thruster activity, variations in stellar activity, and other systematic trends. These so-called instrumental artifacts must be removed from the system before the data can be analyzed. Researchers have developed a machine learning system that can detect these artifacts and remove them from the system, allowing them to be cleaned for further analysis. Finding new pulsars from existing data sets, identifying the properties of stars and supernovae, and correctly classifying galaxies are all examples of how machine learning has been used to discover new astronomical phenomena.

The need to analyze large amounts of recorded data is combined with complex systems modeling in environmental science (such as is required to understand the effects of climate change). Predictions from global climate models must be understood in terms of their consequences for cities or regions to inform decision-making at the national or local level; for example, predicting the number of summer days where temperatures exceed 30°C within a city in 20 years. Although such local areas may have access to detailed observational data about local environmental conditions – for example, from weather stations – it is difficult to make accurate projections based solely on these data, given the baseline changes resulting from climate change. Machine learning can aid in the integration of these two types of data.

Machine learning can combine low-resolution climate model outputs with detailed but local observational data; the resulting hybrid analysis would improve climate models created by traditional analysis methods and provide a more detailed picture of climate change’s local impacts. For instance, a current research project at the University of Cambridge is attempting to determine how climate variability in Egypt might change over the next few decades and the impact these changes will have on the region’s cotton production. The predictions that result can then be used to develop climate resilience strategies that will reduce the impact of climate change on agriculture in the region.