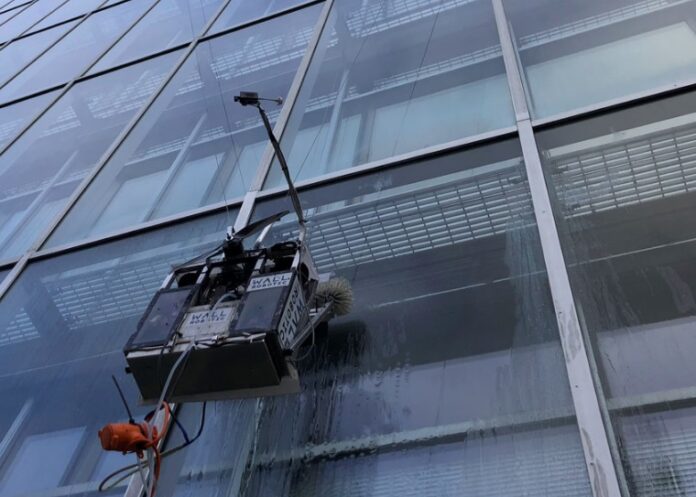 Today’s highly competitive and market-oriented construction companies require automatic and robotized construction systems to meet the increasing demand for quality at a lower cost and to achieve high precision, safety, productivity, and quality.

One of the most essential technologies grasping the attention of most of the industries and especially the construction industry, robotics brings about several advantages in the construction process by incorporating many emerging technologies, such as 3D printing, drones, wearables, exoskeletons, etc.

The real incentive of using different kinds of robots in the construction sites lies in the potential of less dependency on direct labor, cost savings, and safety for workers in a dynamic environment. It can eliminate repetitive work problems and reduce one-tenth of the building time for a complex high-rise building.

Unlike the conventional labor-intensive construction process that requires highly skilled workmen to achieve sufficient and consistent quality, the involvement of robots in the construction process can also result in less use of material due to the better control of operations and reduction of the repair works, which occur due to human errors, ignorance and poor workmanship. This post will explore some of the notable exterior wall finishing robots in construction.

Shimizu SB-multicoated robot, developed by Shimizu Corporation, has been designed to apply different coating materials to vertical surfaces. The bot has two sections: the robot carriage suspended from the trolley and the trolley that moves along the rail installed along the wall’s top.

Capable of being controlled automatically and remotely, this robot can efficiently coat 300–400 square meters, which is equal to 3250–4350 square feet (approximately) per day. This capability makes it four to five times efficient in comparison to manual operation.

Shimizu OSR-I robot has been designed to execute the painting task on high-rise residential and commercial buildings’ balustrades. The spray gun is fitted on the arm. The central unit is located in the balustrade. The robot is designed for both manual and automatic operations.

For autonomous operation, the bot has to be pre-programmed with the work sequence. The vehicle moves along the balustrade with the spray gun moving up and down the arm in operation. The sensor, equipped in the machine, makes it capable of avoiding obstacles, protruding, or abutting through the balustrade.

Taisei painting robot, developed by Taisei Corporation, has been designed to paint vertical structures and surfaces and deliver a smooth finish with automatic detection and avoidance of windows panels. It is made of two sections: a robot section which paints the wall surface, and a roof car section, which controls the vertical and lateral movement of the robot. The bot section contains the paint hood, a rail that allows lateral movement of the paint hood, and various motors, which enables the positioning of the control hood.

The robot section can be automatically controlled with information from the hood sensors for movement and spray gun control. The gun attached in the painting arm is designed to move back and forth and can paint an area of 5 square feet. Besides, a control panel controls the positions and movements of the painting arm.

The painting arm consists of eight-millimeter spray guns, which can be mounted, in pairs and at different angles, reducing the chance of drifting and allowing complete coverage of the wall surface. The painting hood is equipped with mounted sensors for detecting windows, detecting the wall surface, detecting the wall’s angle, and detecting wall panel joints. On operation, the bot efficiently determines its position and stops at the programmed location.

The unit uses a force generated from a vacuum’s suction for holding the unit to the wall surface. It eliminates the need for any cables or trolley rails. However, the cables are still used to prevent the robot from falling. The bot can cover three to five meters per minute.