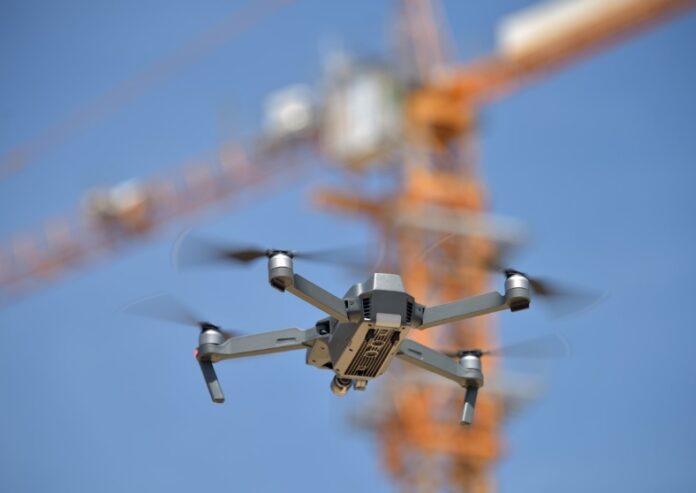 Every drone pilot has specific obligations before, during, and after the flight to ensure safety and unblock the potential of drone applications – both leisure and commercial, including aerial photography, filmmaking, geography mapping, monitoring, search and rescue, law enforcement, entertainment, etc.

Since a drone pilot is in charge of remotely piloting, supervising, and monitoring drone flights, depending on the level of autonomy, understanding the responsibilities, operational procedures, hazards, and risks associated with unmanned aircraft is critical for an operation in complex and non-segregated airspaces.

The remote pilot must adhere to all the operational requirements of the airspace in which the drone is flying, including conformance to the approved flight path, avoiding obstacles like terrain and buildings, avoiding flights during inappropriate weather, and always giving way to manned aircraft.

This post will explain how to plan and perform a safe drone flight and list certain routines to avoid making mistakes.

Ensure you have your certificate of competence before taking off and keeping it with you throughout the flight. Most certificates are valid for five years from the date of issue.

If you don’t know the area, look it up on a map or use satellite imagery to get a sense of its looks. The most important thing to ensure is that you won’t fly too close to any animals and, if at all possible, that you’ll keep a safe distance from people.

A good rule is to avoid areas where people sometimes gather, such as parks, recreational areas, and areas where sports competitions or other events are organized.

Don’t fly without permission over people who aren’t involved in your flight, in control zones (CTR) or R areas (restricted areas), and don’t break the rules in any way.

If the flight is to occur in a control zone, you must get permission via Air traffic control. You can either call the Air traffic control directly or email your request in advance with the attached map, coordinates, flight radius, altitude, times, and phone numbers where you can be reached throughout the flight.

To fly well, the pilot should be rested and without being under the influence of alcohol and other intoxicants or substances that can affect your judgment or watchfulness.

It is important to ensure that the drone and all equipment are checked carefully before each start. Before you begin, double-check that your entire drone system is set up correctly and that both the hardware and software are working properly.

First and foremost, make sure the batteries are fully charged in both the radio transmitter and the drone before each new flight.

Check the drone system: Propellers, battery levels, transport protection, gimbal, and compass calibration. Set the RTH and its altitude if there is such a function and check for any error messages.

If you’re flying a multirotor drone, you should check it out first while it’s still low in the air. Lift it to a height of about five meters above the ground and then let it hover there. Check for unusual noises and that the steering normally responds, as well as that the battery levels are sufficient.

Check for frequency interference that could affect the video and receiver and that the memory card (SD card), photo, and video equipment are in place and working properly. Make sure the compass is calibrated if it is required.

Once the drone is switched on, it is time to start the camera and ensure all camera settings are correct: stills camera, video, FPS (frames per second), color system (NTSC/PAL), etc. Are all controls in a neutral position? If the answer is yes, you are ready to fly!

Check the temperature, wind, fog, and cloudiness before you start, and keep in mind that if the temperature drops below freezing, the batteries may be damaged. You will need detailed knowledge of the batteries in temperatures below the freezing point; make sure you understand how your batteries are affected. Also, make sure they’re hot before you start. Ice may form on the propellers in freezing temperatures and humid air, dramatically increasing the crash risk. Keep in mind that as you get higher in altitude, the wind speed tends to increase. Examine the temperature, wind direction and speed, and the likelihood of turbulence and fog.

When selecting a take-off position, be cautious to ensure that both take-off and landing are performed safely. The ground should be level, there should be plenty of room, and the location should be free of obstacles and people. Gravel surfaces should be avoided. Use a launchpad if this isn’t possible for some reason. In case you need to make an emergency landing, check out and select alternate landing areas. Make sure there’s plenty of room around the take-off position and that you’re starting on a level surface.

During the flight, you have to make sure that the drone is in your line of sight. Be observant of the area you are flying in to don’t collide with other aerial vehicles. Remember that you have to give way regardless of which aircraft you encounter.

If you or your drone pose any risk or danger to people, animals, or the environment, you must abort the flight as soon as possible in the safest and most controlled manner possible.

Always keep your drone within 120 meters of the ground and keep it visible. At all times, you must be aware of the area beneath and around the drone. To reduce risks and noise, try to fly at a high enough altitude to avoid flying over animals, power lines, and buildings. In most cases, flying over people is prohibited. Examine the rules that apply to the drone’s class. Unless the emergency services have given you permission, you must not interfere with ongoing activities or emergency operations. If a helicopter or other low-flying aircraft approaches the area, land the drone immediately. If people or animals move toward the area, fly away from them to a safe place and wait until all is clear. If this is not possible – abort the flight and land the drone.

Be prepared for emergencies

You must be prepared for emergencies because they can happen when you least expect them. Emergencies can be caused by errors in the drone’s system or construction and natural forces. Here are some scenarios that could occur.

You can land both automatically and manually. A common way is to activate RTH and let the drone fly back automatically to the starting position or the radio transmitter and then land automatically or choose to take over and land manually. You must check if there are any obstacles or risks in the landing area. Once you have done this, land the drone at a safe distance from any obstacles and people. If you land with a fixed-wing drone, a larger area without trees and houses is required.

When you’ve landed and turned off the drone’s and other equipment’s power, if you flew in CTR with ATC’s permission, you should notify any air traffic control tower that the flight is over. You must also complete the logbook or ensure that the flight is registered in some other way. You must notify the Swedish Transport Agency if any accidents or crashes occur during the flight.

Look for damage and abnormal wear and tear on and around the fuselage, cables, and propellers with an ocular inspection. Screws, brackets, and joints, for example, must all be securely fastened. The propellers should not make a lot of noise when you spin them. Dirt in the engine’s ball bearings could cause a crunching noise. The propellers must be replaced if they are damaged in any way.

Notify any air traffic control tower that the flight has been completed after landing. Examine the drone: clean it if necessary, inspect the propellers, and assess the drone’s overall condition. After the flight, charge the batteries, store them in a dark, cool place, and don’t leave them with a low charge.

The batteries require careful maintenance. Remove them and charge them as soon as possible after each landing. After that, the batteries should be kept in the dark, cool, and secure location on a fireproof surface. If you don’t charge the batteries to allow them to discharge into “store mode,” but instead store them with a low charge (below 10%), they can suffer permanent damage and be dangerous to fly with.