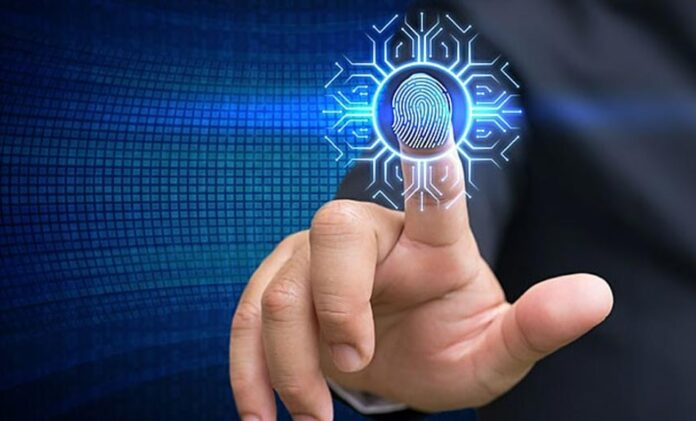 It’s no secret that data breaches and many other types of cybersecurity incidents have become more intense and frequent over the past few years.

Companies are stuck spending thousands of dollars or sometimes even millions to recover from a cyberattack. The rise of identity theft and insider threats are also causing concern for individuals and businesses.

One area of interest in the cybersecurity space is the use of biometric technology. Biometrics could be a viable alternative to some common security measures that are not guaranteed to eliminate threats. For example, passwords, PINs, and keys are often used to enhance cybersecurity efforts, but they can become compromised as hackers become more sophisticated.

Below, let’s take a deep dive into biometrics, how the technology behind biometrics works, and some of the risks and benefits of using biometric technology for cybersecurity purposes.

Biometrics combines the words “biology” and “metrics” and consists of measurable human characteristics that describe or identify an individual.

They can range from physical traits, such as a fingerprint or facial recognition, to specific behavioral patterns, like someone’s gait when walking or their signature. Biometrics are reliable and provide a reasonable level of confidence because these characteristics are highly unique to an individual.

Here are some other common examples of biometrics used:

It’s argued that biometrics were first used in the identification systems for criminal activity, developed by French criminologist Alphonse Bertillon. They can also be attributed to Francis Galton’s theory of fingerprints and physiognomy. Biometric-related technologies like fingerprint scanning and facial recognition systems are becoming increasingly mainstream because of their benefits.

The U.S. Department of Homeland Security (DHS) is a major organization that uses biometrics to detect and prevent illegal entry into the country for vetting purposes – facilitating legitimate trade, travel, and other activities. DHS relies on an advanced biometrics system to bolster homeland security and defense and support other security missions.

Biometrics has not yet achieved massive, widespread adoption in secure environments. Despite this, it’s well known that biometrics can be used as a form of authentication to protect physical locations, connected devices, and sensitive information. Research shows that the global biometric system market will reach an estimated $82.9 billion by 2027.

There are two essential components needed to verify someone’s identity using a biometric identifier, including:

Once the system can gather the correct data, it will automatically be able to verify someone’s identity.

The Role of Biometrics in Cybersecurity

So, how do biometrics fit into the cybersecurity industry?

Biometrics fall under the umbrella of multi-factor authentication (MFA), a popular security process that protects an organization from some of the most common cybersecurity threats, like phishing, credential stuffing, keyloggers, and man-in-the-middle (MITM) attacks.

In the cybersecurity industry, there are three common types of verification used, including:

Biometrics are considered the most secure type of verification because they are unique to the individual and very difficult to replicate.

Any business’s cybersecurity program’s main goal is to safeguard systems, networks, and applications to defend against cyberattacks. Biometrics can be used in cybersecurity because it offers a reliable and effective way to identify an individual based on physical or behavioral traits.

Using biometric authentication as a form of MFA allows companies to provide employees with access to sensitive information in a secure manner.

However, it’s not just businesses benefiting from biometric authentication – someone walking through security at an airport, unlocking their phone with their face or fingerprint, or a doctor’s office protecting medical records are all using biometrics in some capacity.

Risks of Using Biometrics in Cybersecurity

Using biometrics may seem like a foolproof cybersecurity solution on paper, but it’s worth asking if biometric technology has any downsides. Below are some examples of risks associated with biometrics in cybersecurity.

Because biometrics rely on specific characteristics of an individual, it’s understandable that some people would feel concerned about how a company stores and uses their personal data. Is personal information stored privately? Is it secure? Could a cybercriminal hack into a company’s network and steal my biometric data? These are reasonable questions that must be addressed.

Many raised concerns about the increased use of biometrics and how it could possibly lead to a more Orwellian society, where people lack freedom or privacy. Biometrics are inherently invasive – while some people don’t mind sharing individual characteristics, others may find it uncomfortable.

Eliminating bias in biometrics systems can prove challenging for a company. If a biometrics system is implemented incorrectly or deliberately misused, it can result in discrimination and exclusion.

According to a National Institute of Standards and Technology (NIST) study, some current biometrics systems’ algorithms’ rates of false rejections when verifying groups based on race, sex, and age can impact their accuracy.

If a company leverages biometrics for cybersecurity, it must ensure the system is free of bias and can accurately recognize and authenticate individuals regardless of race, sex, or age.

It’s well understood that biometrics can help reduce security risks, but cybercriminals have still found ways to crack biometrics authentication systems. The National Cyber Security Centre in the United Kingdom has plenty of information on its website outlining the attacks that target biometrics systems.

If a biometrics system becomes compromised, the individual whose data is accessed or stolen could face serious consequences. For example, if a cybercriminal gets their hands on someone’s fingerprint, it could lead to identity theft and create even more challenges for that person moving forward.

Another risk of using biometric technology is ensuring that all compliance requirements are followed. As the biometrics system market continues to grow, it’s expected that more countries and their policymakers will create legislation around its use.

Any organization that uses biometrics will have to learn about compliance, how to protect any data they collect and store, and how to establish trust with end-users.

Benefits of Using Biometrics in Cybersecurity

After considering some of the risks associated with biometrics in cybersecurity, let’s touch on some of the major benefits companies can reap from using these advanced authentication systems.

The internal processes of biometric authentication are highly technical. However, users benefit from a seamless, convenient, and fast experience. One prime example that highlights the user experience (UX) is CLEAR, a biometric identity verification platform in many airports, stadiums, and other public venues.

CLEAR allows passengers traveling through airports to skip the security line and verify their identity using its intuitive platform. Users scan their face, eyes, and one of their hands for authentication to streamline their travel experience. CLEAR is also SAFETY Act certified through the U.S. DHS.

Another benefit of a biometrics system is that the user must be physically present to verify their identity. There’s no way to send biometric information digitally, making the system more secure.

Compared to other authentication methods, such as PINs or ID cards for access control, biometrics cannot be shared. Individuals cannot share their fingerprints or hand geometry, meaning businesses benefit from greater control over who accesses their network or physical location.

Many biometrics systems are automated, meaning companies can “set it and forget it.” While some issues may occur within the system, it generally requires fewer IT staff to manage it. Companies that spend on biometrics systems can offset costs by hiring a smaller IT team. Additionally, biometrics systems use less storage space and memory than other authentication systems.

It’s no secret that automation is a trending topic in the business world. Companies looking to adopt automated technologies may benefit from a competitive advantage and meet evolving customer needs and expectations.

Biometrics are inherent to the individual. Face patterns, fingerprints, iris scanning, gait scanning, and voice recognition are all unique characteristics that are challenging to replicate, fake, or transfer. Additionally, these qualities are generally the same throughout a user’s lifetime.

In most situations, someone’s fingerprints or retinal patterns remain unchanged, meaning a biometrics system will be able to verify their identity for years to come. Aside from specific circumstances, such as physical injury, disease, or working in an industry like construction, many people’s biometrics do not change over time.

Because cybersecurity threats are constantly evolving and becoming more concerning, some industry leaders are looking into leveraging biometrics systems for authentication purposes. With an expanded threat landscape, verifying a user’s identity has never been more important, and biometrics may serve as a viable solution for many companies.

Due to the threats posed by criminals in the digital world, many cybersecurity professionals and researchers are trying to find ways to bolster a company’s cybersecurity posture. This means implementing best practices, using new and emerging technologies, adopting better cybersecurity solutions, and educating employees on how to identify potential threats.

It’ll be interesting to see how the biometrics market grows and whether it will play a more significant role in the world of cybersecurity. It’s only a matter of time until users scan their retina or fingerprint to access their accounts at work or gain access to a private network.