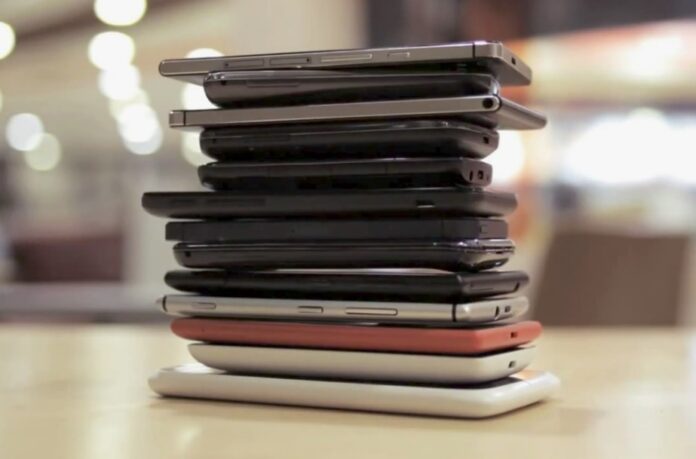 Buying a brand new, high-end mobile phone may not be a viable option for economic reasons. Therefore, Consumers who don’t want to pay the steep price of many modern premium mobile phones may want to buy second-hand or pre-owned mobile phones, but purchasing a used or second-hand device can be tricky. This post will explain why!

The biggest risk of buying a pre-owned, used mobile phone is that it could be stolen from someone else. Unfortunately, most people don’t bother checking things like the IMEI number (International Mobile Equipment Identity) to ensure that the mobile phone is not stolen.

In India, those in possession of a stolen phone are charged with Section 411 of the Indian Penal Code, a non-bailable offence. Such a person can be imprisoned for three years, fined, or both.

When police receive a report of a stolen or lost phone, they usually forward it to the Department of Telecom (DoT), which follows up with the telecom operator and blocks the IMEI number to prevent misuse. If you buy a used smartphone from a repair shop or an unknown person, there’s a good chance it’s been stolen or lost.

Hence, if you buy a second-hand phone, buy it from someone you know and always check the IMEI number. Typically, law enforcement agencies advise against buying a pre-owned phone from strangers who sell mobile phones on third-party online marketplaces. However, if you buy a used phone, check the phone’s IMEI number first.

To check the IMEI number, dial *#06# (a universal IMEI code that works with almost all GSM mobile devices) to get its unique IMEI number and compare it to the one on the bill in the packaging box. The code above is compatible with both iPhones and Android phones. Dual-SIM phones will have two IMEI numbers, whereas single SIM phones will only have one IMEI number. If the information is correct, you can rest assured that the phone has not been stolen.

In addition, to avoid unnecessary legal complications, always demand a soft or hard copy of the original bill from the seller that shows his or her name as the buyer of the device, as well as other details such as the date and time of the original purchase, the name of the store, warranty information, and so on.

Similarly, if you are selling your old phone in exchange for a new one, ensure you get a digital receipt for delivery to the e-commerce website. If you’re reselling your phone, you’ll need to delete all personal information to avoid your data falling into the wrong hands. Erase all personal data, then override any junk data (such as a large movie file), and finally erase everything and reset it to factory settings.

The second biggest danger is that the second-hand mobile phone you are buying might have been misused in the past to execute unlawful activities. The authorities often flag such phones’ IMEI numbers, and using such phones that turn out to be used in a crime can get you into legal trouble.

Another risk is the presence of fake mobile phones. Today’s market is flooded with fake Chinese or Korean phones that are exact replicas of their original models and difficult to distinguish with the naked eye. Even though the phones’ internal stickers contain important information such as their IMEI numbers and model numbers, fraudsters occasionally replace these stickers with counterfeited ones that depict sham model numbers that bear no resemblance to the real ones. As a result, keep an eye out for fake smartphones.

Three out of ten pre-owned smartphones sold in the United Kingdom could be vulnerable to hackers because the phones are too old to receive critical security updates from manufacturers. According to studies, most used smartphones sold on the internet are ineligible for security updates. Cyber experts warn that purchasing such phones exposes customers to hackers because manufacturers may cease to provide critical security updates after a few years. The Apple iPhone 5, Google Pixel XL, Huawei P10, Samsung A8 Plus, and Samsung Galaxy S7 were among the second-hand devices sold, even though they have passed their security update expiration date.

Using an out-of-date phone is never safe because users who continue to use it expose themselves to known vulnerabilities. A vulnerable phone could give anyone full access to everything on it, including personal and business emails, contact information, banking information, and the audio of your phone calls. For as long as you use the compromised phone, a hacker could access this information.