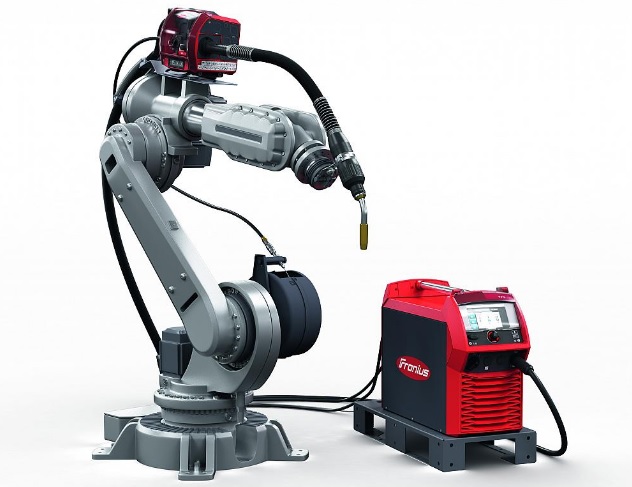 Power sources are inevitable in the design of all mobile robotic systems. Providing an optimum power source underpins the ability to move, which is why identifying an ideal power source needs to happen as early as possible in the robot design process.

Power systems cannot be an afterthought and, if left to final design stages, can result in severe and adverse effects, such as excess weight, size, heat, and operational limitations. The fundamental factors guiding the selection of a power source are the type of robot being designed, its intended use, size, weight, and lifecycle.

At present, most mobile robots rely on lithium polymer batteries as their primary source of power. Yet, the alternatives include fuel cells and generators, thermoelectric generators, supercapacitors, flywheels, and even non-storage options such as tethers.

Hence, there is a significant need for a stable power supply that can provide the high total energy required for long-duration missions that are quiet and clean. This post will discuss some of the top robot power sources being used in modern mobile robots.

Batteries are the most commonly selected power source in industrial robot applications since they meet the most suitable criteria, such as safety, life cycle, weight, and cost. They are classified into rechargeable (secondary) or non-rechargeable (primary).

Although primary batteries present the apparent disadvantage of requiring replacement, they typically provide greater power for their size, making them suitable for specific light-drain applications.

Historically, the common types of rechargeable batteries for robot applications are nickel-cadmium (NiCd) and lead-acid. Besides, gelled lead-acid batteries, capable of providing the power of up to 40 Wh/kg, have sometimes been deployed. Further, secondary battery technologies include nickel-metal hydride (NiMH), silver-zinc, and lithium-ion. Now, however, lithium technologies have become the popular choice for today’s robot designers.

The main concerns of choosing a battery include geometry or the shape of the batteries, weight, durability, capacity of the battery pack in milliamperes-hour, initial cost, and environmental factors.

Among the many advantages of lithium-ion technologies is their lightweight. Moreover, the lithium element itself is particularly reactive, which means it can store a lot of energy; typically, around 150 Wh of electricity can be stored in 1 kg of battery. This compares favorably to a NiMH battery pack, which can hold 60 to 100 Wh.

Although photovoltaic (PV) cells, generally known as solar cells or photoelectric cells, have brought many benefits to the engineering world, they cannot find their place in robotics. However, several BEAM robots such as automated lawnmowers and vacuum cleaners do currently use photovoltaic cell technology. They are used in conjunction with a capacitor.

PV cells are clean and renewable with unlimited potential. Yet, upscaling this technology to industrial robots has not occurred on a commercial level due to many reasons, such as the low power density of solar cells (Wp/m2), which is insufficient for most modern industrial robots.

Fuel cell technology is the far more likely future replacement for conventional batteries in industrial robots. It supplies direct energy via a non-combustion process by directly deriving power from a hydrocarbon source at high efficiencies of up to 75%. A fuel cell is a renewable electrochemical device that directly combines fuel (hydrogen) and oxidant (air) to supply pure energy.

This process includes two electrodes sandwiched around a conductive electrolyte. The electrons are released from the anode in the presence of a platinum catalyst, generating an electrical current through a load. The efficiency of fuel cells can be increased to nearly 80% by utilizing the waste heat. At present, the cost is the restrictive barrier, but this could change as fuel cells are adopted in broader consumer markets.

Other potential power sources of robots include: