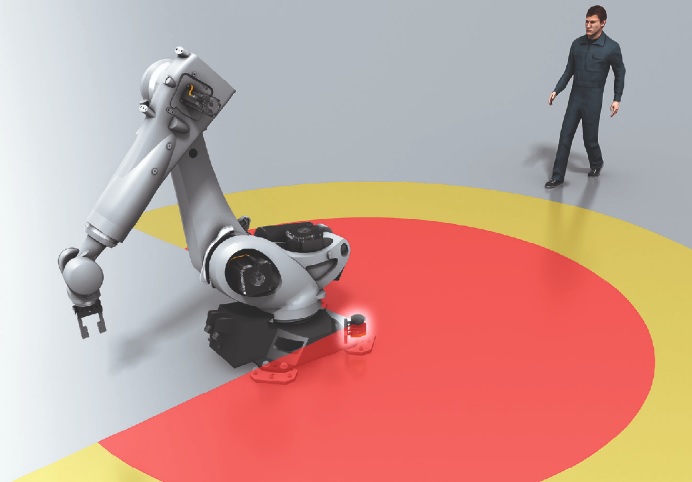 Robots can indeed take over the hazardous, tough, and dirty jobs, but sometimes, they can also create new risks to humans, especially in a human-robot collaborative environment.

Accidents involving these automated and very sophisticated machines can happen just as with other machinery. People may not be aware of the danger of the moving manipulator, and therefore, the robot workplace must be watched to prevent operators from hurting themselves through carelessness.

Initially, all robots were caged up, distancing them from the operators to prevent injuries. If the operators needed to enter the work area and interface with the robots to load or unload parts, they had to activate the safe mode in the safety control system. This often meant a full stop for the robot, resulting in reduced productivity.

Studies indicate that many robot accidents do not occur under normal operating conditions but rather during maintenance, repair, testing, or programming. During these operations, an operator, programmer, or maintenance worker temporarily enter the robot’s working area where the injuries occur.

Robotic safety incidents occur due to multiple reasons. A robot typically places an individual in a risk circumstance when an accessory or the mechanical part fails, or the power supplies go uncontrolled. In general, robotic incidents can be grouped into four categories:

The use of robots necessitates hazard analysis, risk assessment, and safety measures. The following guidelines can help to remove hazardous situations to robot personnel, factory workers, visitors, and the robot itself.