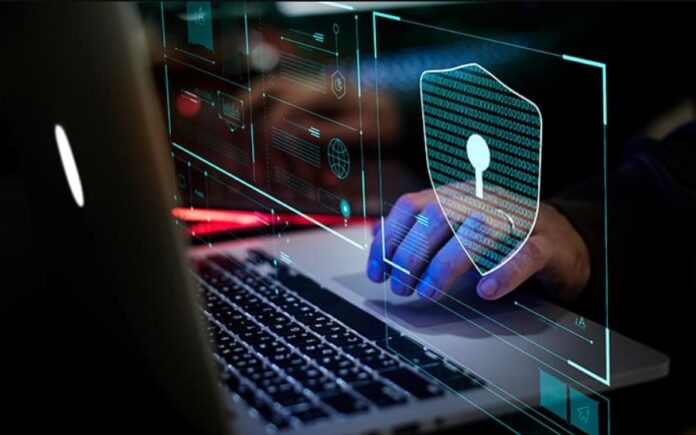 Cybersecurity is one of the most important parts of any technology today. As robots appear in more places in business and everyday life, people need to start thinking about these machines’ security.

Robotics is a relatively new field, at least at its current scale. It has skyrocketed into mainstream appeal, and its adoption has often outpaced security. That needs to change, and safety must be at the forefront of design and use.

Why is Cybersecurity Necessary in Robotics?

Most people think cybersecurity applies mainly to computers and cell phones. However, as internet-connected robots become more common, securing them is just as important.

Security experts have found that they can hack into industrial robots to remotely control their movements or steal data. Imagine what could happen if a criminal took over a robot arm in a factory. They could swing it wildly, causing substantial damage and endangering nearby workers.

Some robots also gather lots of valuable data. For example, security bots monitor crowds through video cameras and even smartphone tracking. A hacker could breach the privacy of thousands of people.

Robots are also vulnerable. One study found 50 vulnerabilities in robots from multiple popular manufacturers, some of which went unfixed even after the report. The robotics industry must improve its cybersecurity soon or face disastrous results.

Cybersecurity regulations have become common, and more are emerging all the time. The vast majority of states have already enacted laws about how companies have to respond to data breaches. Given that trend, one might expect robotics security laws, too.

Despite their need, there aren’t any specific robotics cybersecurity laws in the U.S. right now. However, several regulations may not address robots specifically but cover some relevant security concerns.

The Occupational Safety and Health Administration (OSHA) is the first place to look for safety regulations. While there are no specific OSHA standards for the robotics industry, several other criteria apply.

For example, OSHA requires workplaces to assess and record any potential risks machines as robots could present. Typically, that includes physical safeguards like lockout procedures, but risk assessments should also cover cybersecurity as cybercrime rises. Companies that don’t consider a robot’s software weak points and use it anyway could get into trouble.

OSHA also requires workers responsible for a robot’s operation to be close to it. That can and should apply to cyber threats. Businesses should keep a close eye on their robotic systems to watch for potential hacks and stop cyberattacks early.

Many areas also have data privacy laws that apply to robots if they collect certain kinds of data. Europe’s General Data Protection Regulation (GDPR) requires companies to let consumers access their data, correct it, move it and request its deletion. If any robots gather personal information like facial recognition data, phone traffic, or online behavior, they’ll need those controls under the GDPR.

Similarly, a recent law in California addresses all internet-connected devices. Device manufacturers must equip them with reasonable security measures to protect the item and any data it holds. Connected robots fall under that umbrella.

Robotics manufacturers who don’t comply with these legal regulations could face fines. Still, these laws often aren’t clear about companies’ specific steps to protect their machines and data. Many robots may not fall under these laws’ scope but should still embrace better security.

More laws will likely come in the future. Until then, robotics engineers and end-users can get a head start by following these five best cybersecurity practices for robotics.

One of the most important steps in improving robot cybersecurity is securing their communications. Wireless communication through Bluetooth, Wi-Fi, or other protocols lets people control robots remotely, opening them to cyberattacks. Hackers could take them over or intercept sensitive data.

The solution is to encrypt all signals coming to and from robots. That includes at-rest and in-transit encryption, making data unreadable to anyone but authorized users wherever it is.

Another part of this security step is to have a system to verify commands. Robots should only communicate with authorized devices, requiring at least a username and password to access. Since many connected devices have default passwords like “123456”, robot users should also change their passwords.

Another security concern with robots is that someone could reach them by hacking into a more vulnerable device on the same network. Hackers in the past have controlled smart home devices by getting to them through hacked Wi-Fi systems. Running robots on separate networks from other devices stops that from happening.

Robots on their own, dedicated networks can’t be accessed by hackers using a weaker device. It also stops them from using compromised robots to reach sensitive data on other systems.

This same principle applies to components within robots. All robotic parts should be isolated, stopping a hacker from gaining control of one feature by hacking into another.

Robot producers and end-users should also consider how they protect the information these machines may gather. The best way to reduce data breach risks is to limit what robots can access and store in the first place. It shouldn’t collect the information if it doesn’t need it to do its job.

Similarly, robots shouldn’t store much data, and they shouldn’t keep it for long. For example, a security bot probably shouldn’t save its video feed, but it should delete this information periodically if it has to. That way, there’s less to entice hackers to the machine, and if a breach does occur, it won’t be as severe.

Another important robotics cybersecurity step is monitoring robot activity. Cyberattacks are too dangerous for people to assume built-in security can stop them all. Instead, companies that use robots should continually watch for unusual activity to thwart potential attacks sooner.

Roughly 60% of data breaches in 2020 took days to discover, and 20% took months. Continuous network monitoring can change that. Businesses need to use machine learning software to do this, so it learns what normal network behavior looks like, helping it identify abnormal actions.

This software can alert workers when it spots suspicious activity. They can then shut down the robot and investigate the issue before further damage occurs, preventing severe attacks.

Robot designers and users should understand that full autonomy is too risky. No matter what kind of work machine does, there should always be a way for a human to override its controls. Most importantly, authorized users should be able to shut a robot down manually.

After a successful attack, hackers may cut authorized users off from a robot’s software or digital controls. If that happens, people need a way to get power back through physical means. Shutoff switches are the most straightforward option, but breakaway parts and manual controls may be necessary, too.

These overrides won’t stop cyberattacks, but they help end them before they cause too much damage. That’s particularly important in heavy industries, where robots could harm people around them if they get out of control.

Cybersecurity and Robotics Must Go Hand-in-Hand

Robotics is one of the most disruptive technology trends of the 21st century. Robots can make everyday life more convenient and help businesses become safer and more efficient, but not without cybersecurity. If it’s too easy to hack into a robot, its risks will quickly outweigh its advantages.

People should think more about how to secure robots as they become more popular. These machines carry unique cybersecurity considerations that their manufacturers and users must address. Robots won’t be able to reach their full potential without better security.