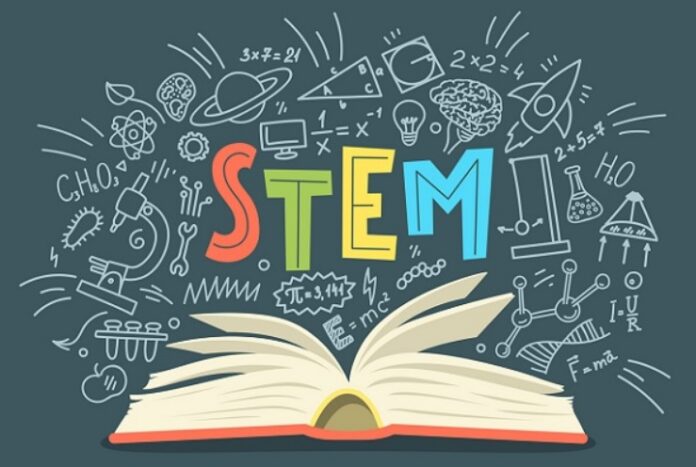 In recent years, the use of the acronym STEM (science, technology, engineering, and mathematics) has become the buzzword among educators, policymakers, and researchers. It is one of the well-known and debated concepts in education, adopted by numerous programs and educational reformers today.

The word “STEM” is used simplistically to bundle up all education and occupations in the scientific and technical domains — science, technology, engineering, and mathematics. Although it represents a seemingly simple list of four disciplines, it has come to represent a complex concept linking education, employment, and productivity.

STEM education: The past

This educational initiative aimed to equip all students with critical thinking skills, enabling them to solve problems creatively and making them a more marketable workforce. Any student who participates in STEM education, particularly in the K-12 setting, was thought to have a greater advantage if they attend college in a STEM field.

Although the use of STEM concepts historically was being implemented in many aspects of the Industrial Revolution, especially by Thomas Edison and other inventors, it was not utilized in traditional educational settings. The STEM concept was primarily used in engineering firms to produce technologies such as light bulbs, automobiles, tools, machines, etc. Many of the people behind these innovations had only slightly educated. For example, neither Thomas Edison nor Henry Ford attended college, even though Ford worked for Thomas Edison for several years. STEM principles were used by these “giants” to create some of history’s most prolific technologies. However, STEM education was virtually non-existent.

Several historical events, such as the Morrill Act of 1862, led to the development of STEM education. The Morrill Act paved the way for establishing land grant universities, such as the Ohio State University, which initially focused primarily on agricultural education but soon expanded to include engineering programs. With the establishment of more land grant institutions, more STEM education training was eventually taught and eventually assimilated into the workforce. Other historical events that pushed STEM education to grow and flourish were World War II and the launch of the Soviet Union’s Sputnik.

World War II brought about immeasurable technologies and inventions, from the Atomic Bomb to synthetic rubber to numerous transportation vehicles. It also brought together numerous scientists, mathematicians, and engineers to work hand-in-hand to produce innovative products that helped win the war and further STEM education. Notably, the NSF was formed at the end of WWII to recognize the immense contribution of the talented men and women who created prolific commodities.

In 1957, the (then) Soviet Union successfully launched Sputnik 1, a satellite with a beach ball’s size orbiting the earth in about an hour and a half. This technological milestone started a “Space Race” between the US and the Soviet Union, propelling the nations to initiate and further technological advances in space travel and exploration. Sputnik became a national defense issue, and in 1958, Congress passed the “Space Act” that formed the National Aeronautics and Space Administration (NASA). NASA’s mission was to “expand and improve” the United States space presence and to use science and engineering in the most effective ways to complete that mission.

In general, STEM education refers to providing opportunities for students to solve problems, be innovators, inventors, self-confident, logical thinkers, and technologically literate. History played and continues to play an important part in STEM education. There are many opinions and variations of what STEM education is and how it should be taught.

Educators, policymakers, researchers, and journalists have struggled with the use and interpretation of the STEM concept since its inception in the late 1990s. Governments, industry bodies, educational providers, and the media all use the acronym STEM to promote their respective agendas. Different perspectives on education and workforce planning exist, resulting in a variety of goals and implementation methodologies. For most, STEM education means only science and mathematics, even though technology and engineering products have so greatly influenced everyday life. True STEM education should increase students’ understanding of how things work and improve their use of technologies.

Why and how it matters