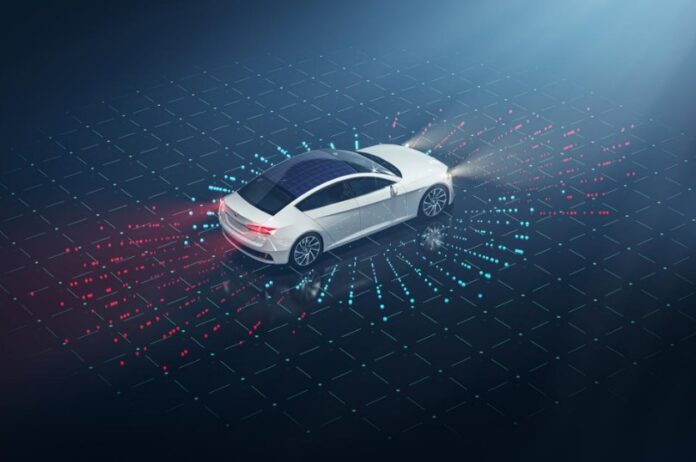 Many people are unsure when autonomous vehicles (AV) will assist in solving transportation issues. Optimists believe that by 2030, autonomous vehicles will be reliable, affordable, and common enough to supplant most human driving, resulting in major cost savings and benefits.

However, there are valid grounds for skepticism. The development, demand, benefits, costs, and travel impacts of autonomous vehicles are all fraught with uncertainty. The frequent interactions with often-unpredictable animals, people, and vehicles make driving on public roads difficult. Significant progress is required before autonomous vehicles can operate reliably in mixed urban traffic, heavy rain and snow, unpaved and unmapped roads, and unreliable wireless service.

Although autonomous vehicles will not be commercially available in most jurisdictions for years due to testing and regulatory approval, optimists believe it will be at least 2045 before most vehicles are autonomous and even longer before they are affordable. Most moderate- and low-income households will continue to use human-operated vehicles for the foreseeable future. Most middle- and lower-income motorists will not be able to afford private autonomous vehicles until the 2050s.

AV technology can significantly impact safety, traffic, energy consumption, and, ultimately, land use. Traditional driving imposes costs on the driver (for example, fuel, depreciation, and insurance) and high external costs, or “negative externalities,” on others. Every additional driver, for example, adds to traffic congestion for all other drivers and increases the risk of another driver’s accident. Externalities have been calculated to be around 13 cents per mile. In addition to the costs that one bears, a hypothetical driver who drives 10,000 miles imposes $1,300 in costs on others. AV technology can substantially reduce both the costs borne by the driver and these negative externalities. Let’s now look at some of the key impacts of autonomous vehicles in our lives.

Crash frequency is a major public health issue around the world. In 2011, over 5.3 million car accidents occurred in the United States, resulting in over 2.2 million injuries and 32,000 deaths, and billions of dollars in private and social costs. The figures are much higher on a global scale.

The use of AV technology can significantly reduce the number of collisions. According to the Insurance Institute for Highway Safety (IIHS), nearly one-third of crashes and fatalities could be avoided if all vehicles had forward collision and lane departure warning systems, side view (blind spot) assist, and adaptive headlights.

When the car detects an obstacle, automatic braking will likely reduce the number of rear-end collisions significantly. Because driver error is responsible for a large proportion of crashes, technologies that allow the car to be the primary driver (Level 4) will likely reduce crash statistics even more. It is especially true given that alcohol was involved in 39 percent of fatal crashes in 2011. Vehicles that crash less frequently have significant social welfare benefits in the United States and around the world. Many of these advantages will be available to other autonomous vehicle buyers.

AV technology will also make it easier for those unable or unwilling to drive to get around. When a vehicle does not require a human driver, Level 4 AV technology can provide transportation for the blind, disabled, or too young to drive. Independence, a reduction in social isolation, and access to essential services would all benefit these groups. Some of these services are currently provided by mass transit or paratransit agencies, but each option has significant drawbacks. Fixed routes are required for mass transit, which may not serve people where they live and work. Because they require a trained and salaried driver, paratransit services can be costly. Because these costs are typically borne by taxpayers, substituting less expensive, AVs for paratransit services can help to improve social welfare.

Because occupants of vehicles can engage in other activities, AV technology of Level 3 or higher is likely to significantly reduce the cost of congestion. Individual AV operators will benefit from the lower congestion costs. Congestion reductions or increases, on the other hand, are externalities that affect all road users. Reduced driving costs may increase overall vehicle miles traveled (VMT), potentially worsening traffic congestion. Nonetheless, because of more efficient vehicle operation and reduced crash delays, the technology may increase road throughput. As a result, the overall impact of AV technology on traffic congestion is unknown.

Because the driver will engage in alternative activities, AV technology of Level 3 or higher will likely reduce the cost of time spent in a car. Another effect could be that commuters are more willing to travel long distances to and from work. It may lead to people relocating outside of the city center. The introduction of AVs might lead to more dispersed and low-density land-use patterns surrounding metropolitan regions, just as the rise of the automobile led to the emergence of suburbs and exurbs. However, because proximate parking is no longer required, it may increase density in urban areas.

According to one recent estimate, parking took up roughly 31% of space in the central business districts of 41 major cities. At Level 4, an autonomous vehicle (AV) could simply drop off its passenger and drive away to satellite parking areas. Another factor to consider is that AVsharing programs may reduce the number of people who own cars. In either case, fewer parking spaces would be required, allowing cities to expand more rapidly. In the developing world, AV technology may have a variety of effects on land use. Countries with limited vehicle infrastructure may be able to “leapfrog” to autonomous vehicles. AV technology may allow countries to skip some aspects of traditional, human-driven travel infrastructure, just as mobile phones allow developing countries to skip the development of expensive landline infrastructure.

The overall impact of AV technology on energy use and pollution is unknown, but it appears that both will be reduced. First, AV technology can improve fuel economy by 4–10% by accelerating and decelerating more smoothly than a human driver. Reducing the distance between vehicles and increasing roadway capacity could provide even more benefits. A train-like platoon of closely spaced AVs that stops or slows down less frequently resembles a platoon of closely spaced AVs, allowing for lower peak speeds (improving fuel economy) but higher effective speeds (improving travel time).

Cars and trucks could be made much lighter over time as the number of collisions decreases. It would boost fuel efficiency even more. By allowing the use of alternative fuels, AVs may help to reduce pollution. Many of the range issues have limited the use of electric and other alternative vehicles and will be alleviated if the frequency of collisions decreases. When human drivers are no longer required at Level 4, the vehicle could drop off its owners at a destination and then recharge or refuel on its own. The lack of a refueling/recharging infrastructure is one of the drawbacks of vehicles powered by electricity or fuel cells.

Level 4 AVs’ ability to drive and refuel themselves would allow for a viable system with fewer refueling stations than would be required otherwise. On the other hand, reductions in driving costs and increases in the pool of vehicle users (e.g., the elderly, disabled, and those under the age of 16) are likely to boost overall VMT. While it appears that the reduction in fuel consumption and emissions would outweigh any increase in emissions, this is not certain.

While AV technology has the potential to provide significant benefits, it also comes with high costs. Surprisingly, many of the costs associated with AV technology are due to its benefits. For example, because AV technology is likely to reduce the cost of congestion and increase fuel economy, it is also likely to reduce a user’s private cost of driving. AV technology may increase total VMT due to this decline (and the increased mobility that AVs provide to the elderly or disabled), which could lead to an increase in the negative externalities of driving, such as congestion and increased overall fuel consumption.

AV technologies may disrupt existing institutions. Level 4 AV technology may jeopardize parking revenues, an important and reliable source of funding for many cities, by making proximate parking unnecessary. Providing new levels of mobility to some users may cause public transportation systems to lose riders (and support). Currently, one of the most appealing features of public transportation is the ability of passengers to perform other tasks while in transit. This competitive advantage could be eroded by autonomous vehicle technology.

If the number of crashes falls, an entire “crash economy” of insurance companies, body shops, chiropractors, and others will be thrown off. Overall, we believe that the advantages of AV technology—such as reduced crashes, increased mobility, and improved fuel economy—outweigh the potential drawbacks and costs. However, more research is needed to more precisely estimate these costs and benefits and whether they benefit the individual AV operator or the general public. Such research could also aid in determining the best mix of subsidies and taxes to align private and public costs and benefits of this technology.