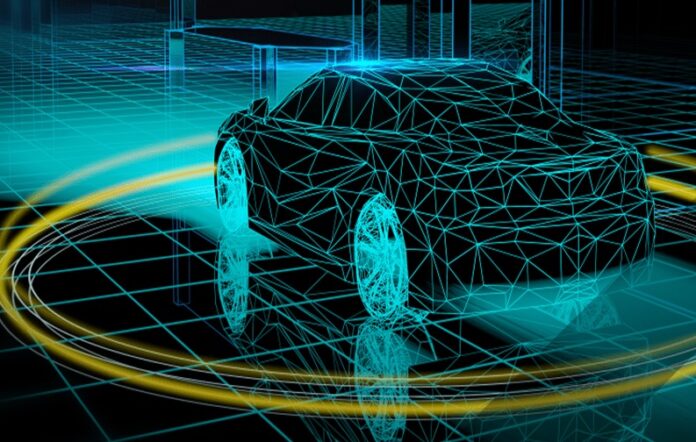 Autonomous vehicle (AV) technology experiments started in 1920 only and were controlled by radio technology. In 1925, Houdina radio control worked on the radio-controlled autonomous vehicles and tested on New York streets in a dynamic environment. Later in 1926, the chandler motor car company added the transmitting antenna on the vehicle, and it was controlled by one person in another vehicle, then it sends out and receives the radio signals of the following vehicle.

The possibility of developing an AV has been part of the GM Futurama exhibit at the 1939 World’s Fair. In 1939, General Motors equipped with radio-controlled electric cars by electromagnetic fields available of circuits embedded in the sideways of the road. In 1953, Radio Corporation of America successfully launched a prototype car, and it is controlled by weirs and tested in US Route 77 and Nebraska Highway 2.

In the 1960s, Ohio State University developed a driverless car operated by electronic devices and embedded in the roadways. In the 1970s, Bendix Corporation launched and tested the driverless car, controlled by buried cables, operated by roadway communicators, and reposing computer messages. In the 1980s, Mercedes-Benzes robotic van was designed and tested at a speed of 63km/h on the road without traffic. Some universities with the DARPA team and SRI internationals conducted research and developed autonomous vehicles in the same decade. First-time, Lidar, computer vision, and robotics control system technology used and tested at a speed of 31KMPH. Finally, Carnegie Mellon university lunch’s new technology is called a neural network to control the autonomous vehicle.

In 1994 semi-autonomous vehicles developed by Daimler-Benz and Uni-BwM research center developed and tested more than 1000KMPH on a Paris highway in heavy traffic at a speed of 130kmph. In 1995, Carnegie Mellon university’s researchers completed the 98.2% autonomous controlled vehicle. And it is tested almost 5000KMPH traveled across the US country; they called No Hands across America. These researchers use neural network technology to control the steering and remain controlled by a human for safety control.

Government subsidies and industry consortia across the world initially funded the developments piqued through demonstrations and competitions, then DARPA’s Grand Challenges in 2004 and 2005. The 2007 DARPA Urban Challenge brought the real possibility of autonomous vehicles into the public arena and captured Google executives’ imagination, who later went on to launch their own self-driving car project in 2009.

In 2009, Google started research in self-driving cars privately. Since then, funding and talent have largely shifted from the public to the private sector and have grown rapidly. There was significant progress in technology development and regulatory freedom to undertake tests on roads.

In 2010, major automobile industries started research in autonomous vehicles. Silicon Valley tech giants such as Tesla, Uber, and Waymo, the spin-off from Google, have attracted significant media interest. The 2010s decade saw massive investments in getting from a basic working unit to a robust, high availability, fail-safe, cost-effective product that the market would accept.

Audi first time released and tested a driverless car AudiTTS in a mountain. In 2011, General Motors also released an Electric Networked vehicle. In 2012, Volkswagen created a temporary autopilot (TAP) and tested it on a highway at a speed of 130km/h. In 2013 Toyota created a semi-autonomous vehicle with sensors and communication systems. In 2014, the Mercedes S-class was released in the market with many autonomous options in city and highway traffic at a speed of up to 200KMPH. Tesla Motor also created the first version of the Autopilot Model S with the semi-autonomous vehicle. Later, updated software again released the new model. SAE International published 6 standard levels of an automotive system.

In 2015, Volvo car released level 3 autonomous car but hit the road in 2017. In 2017, Audi also started a new model of A8 with full autonomous options and a speed limit of up to 60kmph using its Audi AI.

The period 2017-2018 signaled a turning point in intensifying development schedules due to a tragic crash. An Uber prototype collided with and killed a pedestrian in Arizona, even though a safety driver was at the driver controls. Additionally, several Tesla drivers crashed and died while using the AutoPilot function. In each case, it appears that either the safety driver or the vehicle owner was not adequately fulfilling their ‘co-pilot’ responsibility to monitor the system and intervene when the system capability was exceeded. This raises questions about shared human-machine control and the implementation of fully automated vehicles that do not rely on human control.

Since 2020, the automobile industry is researching and running trials on level 5 autonomous vehicles. Today, we can see myriad locations where autonomous vehicle technology is being developed and other areas where initial testing is underway. For example:

Companies participating in the research journey of autonomous cars since 1920: