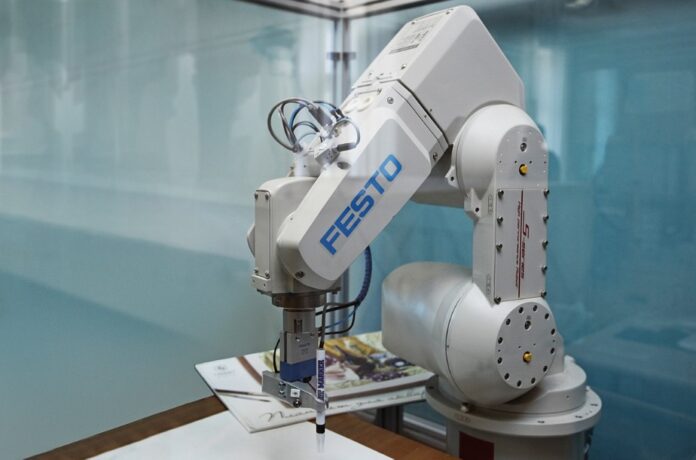 The field of robotics involves many moving parts that require precision and ingenuity that many forms of manufacturing can’t provide. These days, aside from metal and various circuitry, plastic plays a significant role in how machines are made.

This is where injection molding comes into play since it involves quite a bit of precision, control, and saving costs. Injection molding is also capable of high-speed manufacturing with less waste, less danger involved, and a larger production scale.

It should also be noted that when it comes to robotics, it covers a wide range of fields from manufacturing to medicine. Many of the components in surgical robot arms, for example, make use of parts made from injection molding. On top of that, there is also the fact that the injection molding itself involves robotic arms for automation. This is an important consideration when dealing with the subject and what is produced using this advanced process.

When it comes to the relationship between injection mold technology and robotics, robot parts are the primary connection. Many aspects of a robot are made of materials via plastic, silicone, or other polymer mixtures with specific properties. These will then be used for various parts, from joints to bolts, to casings, depending on the situation. There are even machines that are made of only these materials for specific purposes and with safety, hygiene, or functionality in mind.

One of the biggest reasons for this is the fact that injection mold manufacturing is famed for being precise. This is important since many aspects of robotics rely on flawless parts in order to work as they are intended. Any nut, crank, arm, casing, or whatever else that comes with a flaw presents a danger to the machine. This is even more significant when dealing with machines with sensitive or vital functions such as those used in the food industry.

Much like anything else, the manufacturing sector also used parts from injection molding in several stages of the process. This includes the assembly belts in various capacities, the robotic arms, the coating of wires, etc. Due to the versatility of the technology, it’s possible to produce pretty much anything that is needed for manufacturing. It might require more preparation compared to 3D printing, but it’s much faster once everything has been set up.

This is one of the biggest reasons why injection mold technology is on the rise, even with the pandemic. Many industries have become dependent on the ability to make use of disposable polymer containers due to health concerns. This extended pretty much from everyday essentials to large-scale productions in multiple fields of interest. The innovation has simply made everything more efficient and cost-effective, thus leaving room for profit while meeting demands.

With the pandemic sweeping across the globe, health safety and hygiene became a major concern for every single industry. This is more prevalent in food and medicine, but all fields had to take this into consideration one way or another. One of the answers that were brought forward to counter the problem is more effective packaging that meets certain standards. The manufacturing of packaging containers is where injection molding became something of an integral cog to get everything running.

Everything from plastic containers to entire boxes of hard polymer housings was made using injection molding technology. This is not even mentioning all of the other paraphernalia that came with them, including straps and buckles. It would be no exaggeration to say that this piece of manufacturing technology has had a huge impact on countering the pandemic. It has also allowed many other industries to survive or even thrive with the spread of online deliveries.

As already mentioned, safety has been a huge aspect of the growth of injection mold technology in manufacturing. Aside from the simple fact that it can create better packaging, this also applies to the process itself. When taking the way injection molding works, there is less of a risk of injury due to the materials involved. Plastic pellets are fed through the nozzle, which is heated to the appropriate temperature.

Most of the work is done by the molds and the machine parts, as well, with little to no human intervention. Operators will be pushing buttons, and quality control is done right at the end of the manufacturing line. With that being the case, there is no need to deal with sharp, hot, or volatile substances that could cause injuries. This then makes the production of robotic parts much more efficient and carries less risk for everyone involved.

The last point regarding the role that injection mold plays in robotics is hygiene, which is quite important in many fields. The materials used for producing products using this method don’t rust, don’t have oily residues, and don’t easily conduct energy.

This is why they are favored when creating machines meant for the medical field aside from metal. Aside from that, injection molding can also produce more versatile parts that require less maintenance.

The fields of robots and injection mold manufacturing are becoming more and more intertwined. The former requires the latter for parts and functionality, which only it can provide. There is also a lot to be said about the numerous improvements in injection mold technology in manufacturing.

The fact of the matter is that metal is now being phased out bit by bit. In its place, plastic and other polymer materials are being used for more efficiency and less cost. Prosthetics, packaging, shipping, medicine, and many other fields are making use of them in significant amounts. This is why it’s worth noting injection mold’s role in robotics and its future development.