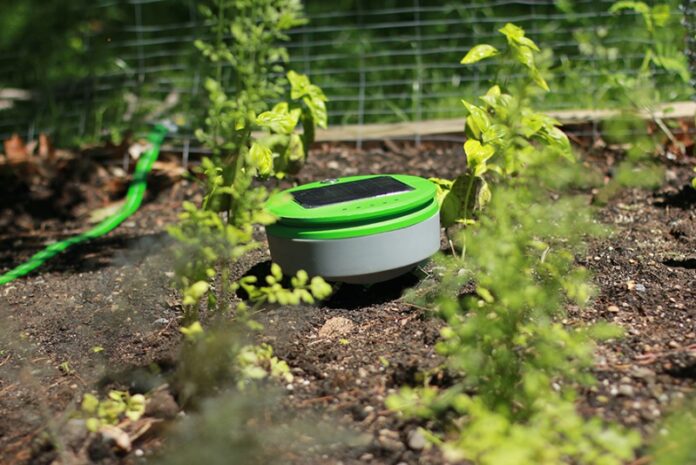 Weed control is one of the long-standing issues in agriculture. Traditionally, the uniform application of herbicides has been the method to remove the weed. But due to its adverse effects such as environmental pollution, human health, and herbicide resistance concerns, governments and farmers today seek to reduce herbicide application.

Precision farming provides a way to solve this challenge by involving weeding mechanisms to perform the treatment on an individual plant-level or a small weed cluster. Automated weed control, including weed detection and removal, has gained significant popularity in the community of precision farming over recent years due to its great potential to improve weeding efficiency while reducing environmental and economic costs.

Robotic weed control systems have great potential to deliver much more precise results, even down to the plant scale. They enable direct chemical or cultivation tools to directly target weed plants. Many such systems have been introduced in the past, focusing primarily on single tactics: selective chemical spraying, mechanical weeding, flaming, and electrical discharging.

However, bringing robotics technology into weed control has several challenges. All smart weeding machines rely on the performance of the machine vision system to detect weeds. However, the environmental uncertainties, including illumination and color variance of leaves or soil, affect the machine vision system’s performance, thus upper-bounding the weed control accuracy.

Another challenge is this: since any misplaced or undesirable plant can be a weed, the robotic weed control can still remain an ill-posed problem until the agricultural producer’s intentions are made known to the robot. This means that the weeding robot should be able to identify and decide which plants are the weeds that need to be controlled. Therefore, it is vital to inform the robot which plants need to be controlled and determining the distinguishing features of those plants.

Another important challenge is that weed plants emerge and grow in patterns consistent with their ecology. However, crop plants are mechanically planted in a structured manner that is compatible with agricultural machinery. Thus, weed plants create random patterns in a field. Therefore, implementing the control is particularly difficult when the weeds are very close to the crop plants, and the growth needs to be retarded or stopped to control weed plants while not injuring the nearby crop plants.

For agricultural robots to successfully control weeds, they should overcome all these primary challenges:

Machine vision is the most used technique in all perception methods, mainly categorized in terms of the vehicle platforms carrying the sensors and the plant features used in processing. Satellite, aerial (including unmanned aerial vehicles, UAVs), and ground-based (with unmanned ground vehicles (UGV), such as field robots or commercially available off-highway vehicles) vehicle platforms are common for detecting and monitoring plants.

Satellite and aerial-based sensing are commonly used for large-scale field monitoring. These platforms have lower spatial resolutions, and their working time is affected by the weather and air conditions. Ground vehicle-based sensing and low-altitude aerial-based sensing, on the other hand, can acquire higher spatial resolution plant imagery enabling accurate detection of crop rows and plant localization for applications such as real-time, in-row weed control.

There are many approaches to weed control, and most weed control machines typically employ mechanical or chemical weed control methods. These approaches are also used in conventional mechanized agriculture for many years. They have recently been coupled with automation to either reduce human inputs or exert more precise control of weed plants.

Selective spraying systems, also called spot spraying systems, are the most common weed control mechanisms widely used today. Once a selective chemical application system perceives weed plants’ existence, the herbicide is applied to the weed area without harming the areas where no weed plants exist. This selective chemical application selectively switches nozzles on and off based on the presence or absence of weeds.

Mechanical cultivation or tillage is often used for situations where chemical weed control is not consistent with the producer’s management practices. There is a wide variety of tools for mechanical cultivation. Generally, they rely on three physical techniques for controlling weeds: burying, cutting, and uprooting the weed plants.

Each of these techniques interferes with the weed plants’ growth by killing them or slowing their growth. The crop plants then overtake the weed plants, achieving greater canopy closure and reducing the light interception by the weed plants. Of the mechanical solutions, there were generally two main classes of approaches: passive cultivation tools automatically guided through crop rows and active control of weeding tools in the row and often between the row. The famous examples of automatically guided cultivation tools are Naïo Technologies Oz weeder and Dino robot.