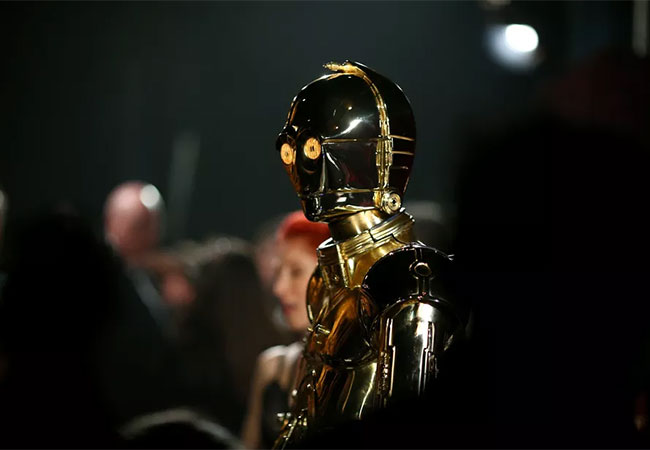 The cutting-edge science and technology are currently dominated by robotics and artificial intelligence. The impact of this robotics and AI revolution is growing, and now being felt in multiple channels. Just look at the incredible rise in the scale and scope of robotic process automation companies, like UiPath, Blue Prism, and Automation Anywhere. Industrial robots were there for some time, but there were distinct boundaries between humans and robots. Now the line is blurring with technological advances, such as chatbots, coming to the fore. In this article, we will list the top 12 robotics experts and pioneers in the world right now.

Dieter Fox is a German roboticist and a Professor in the Department of Computer Science & Engineering at the University of Washington, Seattle. He received my Ph.D. in 1998 from the Computer Science Department at the University of Bonn and joined the UW faculty in 2000. He is most notable for his contributions to several fields including robotics, Artificial intelligence, Machine learning, and Ubiquitous computing. Together with Wolfram Burgard and Sebastian Thrun, he is a co-author of the book Probabilistic Robotics. He recently joined Nvidia to start a Robotics Research Lab in Seattle. He is a fellow of the AAAI and IEEE and served as an editor of the IEEE Transactions on Robotics.

Davide Scaramuzza is the founder and director of the Robotics and Perception Group and professor of Robotics and Perception at Zurich University where he conducts research on the intersection of robotics, computer vision, and neuroscience. Specifically, he investigates the use of standard and neuromorphic cameras to enable autonomous, agile, search-and-rescue micro-drone navigation. He did his Ph.D. in robotics and computer vision at ETH Zurich and a postdoc at Pennsylvania University. From 2009 to 2012, he led the European project sFly, which introduced the PX4 autopilot and pioneered autonomous visual-SLAM micro-drone navigation. He won several awards for his research in vision-based navigation with standard and neuromorphic cameras. He co-authored “Introduction to Autonomous Mobile Robots” and over 100 papers on robotics and perception. In 2015, he co-founded a venture called Zurich-Eye to market visual-inertial navigation solutions for mobile robots.

John J. Leonard is an American roboticist and engineering professor at the Massachusetts Institute of Technology. He is also a member of the MIT Computer Science and Artificial Intelligence Laboratory (CSAIL), Leonard is a renowned simultaneous location and mapping researcher for autonomous mobile robots, and was the team leader for MIT’s team at the 2007 DARPA Urban Challenge, one of six teams to cross the finish line in the final event, placing fourth overall. Leonard is currently on MIT sabbatical leave as Vice President of Autonomous Driving Research at Toyota Research Institute, where he conducts research to improve vehicle safety using autonomous driving technologies.

Juan D. Tardós is a professor at Departamento de Informática e Ingeniería de Sistemas, Zaragoza University, where he is in charge of robotics, computer vision, and artificial intelligence courses. His research group is pioneering robot vision, SLAM, perception, and mobile robotics. He’s received MS And Ph.D. in Electrical Engineering from Zaragoza University in 1985 and 1991, respectively. His research interests include simultaneous mapping and location, perception, and mobile robotics. Tardós is a member of I3A Robotics, Perception and Real-Time Group, Zaragoza University.

Jitendra Malik is currently a Professor of Computer Science at the Department of Electrical Engineering and Computer Sciences at the University of California, Berkeley. He is also on the Bioengineering department faculty, and the Cognitive Science and Vision Science groups. Prof. Malik’s research group has worked on many different topics in computer vision, computer vision modeling, computer graphics, and biological-image analysis, resulting in more than 150 research papers and 30 Ph.D. dissertations. He serves on Microsoft Research India’s advisory board and IIIT Bangalore’s governing body. Jitendra received the 1980 IIT Kanpur Gold Medal for Best Graduate Student in Electrical Engineering and 1989 Presidential Young Investigator Award. In 1985, he received his Ph.D. in Computer Science from Stanford University. He was awarded the Longuet-Higgins Award twice, in 2007 and 2008, the PAMI Distinguished Researcher Award in Computer Vision in 2013, the KS 2014 Fu prize, 2015 IEEE PAMI Helmholtz prize for two different papers.

Dr. Jun Ho Oh, head of the KAIST Humanoid Research Center and co-founder of Rainbow Robotics Co. Jun Ho Oh created history by winning the 2015 Darpa Robotics Challenge and taking home $2 million, finishing all eight tasks using the “Hubo” Humanoid robot. Oh is considered a pioneer in the field of robotics and is the first few people credited to start robotics research in Korea at KAIST. His research concerns humanoids, perception, control engineering, and motion control. He introduced a number of humanoid robots including Albert Hubo, HuboFX-1, Hubo II and DRC-HUBO. He received several awards for his robotics breakthroughs. In June 2015, he led KAIST to win the prestigious DARPA Robotics Challenge with their humanoid DRC-HUBO robot.

Peter Corke is known for his work on Visual Servoing, field robotics and MATLAB Toolboxes for Robotics and Machine Vision. He is currently Director of the Australian Research Council Center of Excellence in Robotic Vision and Professor of Robotics and Control at Queensland Technology University (QUT). At QUT, his research concerns robotic vision, flying robots, and farm robots. He served as editor-in-chief of their Robotics & Automation magazine from 2009 to 2013, is a founding editor of the Journal of Field Robotics and a member of The International Journal of Robotics Research’s executive board.

Masayuki Inaba is a Professor of Information Science and Technology, Tokyo University Graduate School. He’s got MS Tokyo University Graduate School of Information Engineering in 1983 and 1986 respectively. He leads Tokyo’s famous “JSK lab.” His research interests include critical robotic systems technologies and software architectures to advance robotics research. His research projects included hand-eye coordination in rope handling, vision-based robotic server system, remote-brained robot approach, whole-body behavior in humanoids, robot sensor suite with electrically conductive fabric, flexible humanoid spinning and JSK mother developmental projects with the remote-brained system environment. His students created Google’s now-famous SCHAFT robotics company. He received several awards from the Robotics Society of Japan in 1987, 1998 and 1999, JIRA Awards in 1994, ROBOMECH Awards in 1994 and 1996 from the Robotics and Mechatronics Division of the Japan Society of Mechanical Engineers, and Best Paper Awards from the International Conference on Humanoids in 2000 and 2006 with members of the JSK Robotics Lab.

Sachin Chitta, Ph.D., is the Founder & CEO of Kinema Systems, a startup in the Bay Area developing robotic solutions for logistics. He was previously Associate Director of Robotics Systems and Software in the Robotics Program at SRI International. At SRI, he led the development of software for a new robotic surgical platform. This technology was licensed to Verb Surgical, a joint venture between Ethicon, J&J, and Verily (formerly Google Life Sciences). Sachin previously coordinated the MoveIt software platform, the premier open-source platform for manipulation and mobile manipulation in Robotics. Sachin Chitta was a manager and research scientist at Willow Garage from 2007-2013 and was a core member of the team that developed the PR2 robot and the Robot Operating System (ROS). He initiated and led the development of the MoveIt, Arm Navigation, and ROS Control software platforms to enable advanced manipulation capabilities for any robot. This software is now used by hundreds of developers, researchers, and companies around the world. Sachin co-founded Redwood Robotics, a joint venture between Willow Garage, MEKA, and SRI. Sachin received his Ph.D. from the Grasp Laboratory at the University of Pennsylvania in 2005. His research interests include mobile manipulation, motion planning, and learning for manipulation.

Radu B. Rusu is the Open Perception President and CEO, Visiting Lecturer at Stanford University, and a world-renowned 3D data processing expert with over ten years of field experience. Before Open Perception, Radu was a Willow Garage researcher where he created the Point Cloud Library (PCL) project. In 2009, Radu received his Ph.D. in Computer Science from Technische Universität München (TUM), Germany, with summa cum laude. Radu was affiliated as an international fellow researcher with the CoTeSys (Cognition for Technical Systems) Excellence Cluster at TUM, the AIC (Artificial Intelligence Center) at SRI (Stanford Research Institute) and Willow Garage, working on 3D semantic mapping techniques for mobile robots. In recent years, Radu has held many workshops and scientific events in the field at prestigious conferences such as RSS, ICRA, IROS, ECCV, ICCV, AAAI, CVPR, 3DIMPVT, etc. He has co-/authored over 70 peer-reviewed scientific publications, including two books, and three best paper awards and nominations (ICAR 2009, RSS 2011, and EURON George Giralt Ph.D. award). Radu is a senior IEEE member and 2013 IEEE RAS Early Career Award recipient. In 2011, Radu also won the OSS World Challenge with PCL.

Raffaello D’Andrea is an engineer, artist, and entrepreneur. He is a professor of dynamic systems at ETH Zurich. He is the co-founder of Kiva Systems (now Amazon Robotics) and founder of Verity Studios. He was Cornell Robot Soccer Team’s faculty advisor and system architect, four-time world champions at annual RoboCup competition. He is a new media artist whose work includes The Table, Robotic Chair, and Architecture Flight Assembled. He was a speaker at TED Global 2013 and spoke at TED 2016 in February. He won the IEEE Robotics and Automation Award 2016.