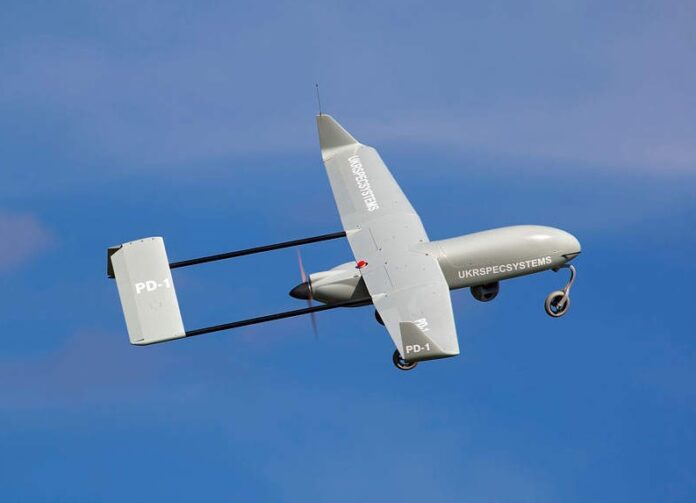 The rapid rise in the use of unmanned aerial vehicles (UAVs) in commercial and military applications is a key ingredient driving the growth of the UAV market, which is expected to grow from 19.3 billion (USD) in 2019 to 45.8 billion by 2025, at a CAGR of 15.5%.

UAVs enjoy no requirement for runway, and they are particularly suitable for demanding problems such as traffic or volcanic areas surveillance, detailed area map-ping, video footage recordings, and crop dusting or spraying. They are also compact, lightweight, and affordable and can fly for several minutes to hours/day in endurance. This post will list the top 15 global companies in the UAV market.

AeroVironment, founded in 1971, is a global leader known for developing a series of lightweight, solar-powered UAVs. Based in California, AeroVironment is the largest supplier of small drones to the Pentagon and more than 45 allied nations. Puma, Raven, Wasp, and VAPOR comprise AeroVironment’s family of tactical Unmanned Aircraft Systems. They provide incredible capabilities to the warfighter and ground commanders with an option to select an appropriate aircraft based on the nature of the mission. It has the potential to provide significant protection and coordination benefits to small tactical units and security personnel.

Airbus SE is a multinational aerospace corporation and the world’s second-biggest aerospace and defense company. It designs and manufactures civil and military aerospace products. Airbus has supported military forces for nearly a decade, with its systems having deployed in combat zones like Afghanistan and Mali. The VSR700, for example, is Airbus’ tactical UAS designed to fulfill the requirements of the highly contested and agile battlefields and seas of the 21st century. The VSR700 offers the best endurance of any vertical takeoff/landing VUAVs in its class today. Airbus’ DeckFinder is a local positioning system that enables both manned and remotely piloted aerial vehicles (RPAS) to determine their relative position in the harshest environmental conditions. This independent navigation system contributes to easier and safer takeoff and landing procedures in GPS-shaded environments that lack reference points or visual cues.

BAE Systems is a UK based multinational defense, security, and aerospace company that runs advanced demonstration programs such as Mantis and Taranis as part of developing autonomous systems for unmanned aircraft. Mantis is a twin-engine, turboprop-powered UCAV with a wingspan of approximately 22 m, broadly comparable to the MQ-9 Reaper. Taranis first flew in 2013, is an unmanned warplane designed to fly intercontinental missions, and carry a variety of weapons, enabling it to attack both aerial and ground targets. It uses stealth technology, giving it a low radar profile, and it will be controllable via satellite link from anywhere on Earth.

Elbit Systems is the backbone of the Israel Defense Forces (IDF) UAS force. This Israel-based international defense electronics company engaged in a wide range of programs, including the design and supply of integrated UAS platforms, including Elbit Hermes 90, Elbit Hermes 450, Elbit Hermes 900, Elbit Skylark, Silver Arrow Micro-V, and Silver Arrow Sniper. Their customers include many armed forces and other governmental organizations around the world.

Leonardo is an Italian multinational company and the ninth largest defense contractor in the world. It designs and produces four UASs – AWHERO, Falco EVO, European MALE RPAS, and SkyISTAR. Leonardo recently partnered with Skydweller as the leading investor in a new solar-powered drone (Skydweller drone), touted to be “the world’s first fully-electric unmanned aircraft, capable of carrying an 800-pound payload with unlimited range and ultra-persistent endurance.

Founded in Germany in 2005, Microdrones is a pioneer of quadcopter drones for professional applications. It developed the world’s first commercial quadcopter. By pairing drones with sensors, Microdrones makes it easy for businesses to use UAVs for surveying, construction, mapping, inspection, precision agriculture, mining, and other commercial applications. Their products, like the mdLiDAR1000 and mdLiDAR3000, are fully integrated systems optimized for land surveying, construction, oil & gas, and mining applications.

Northrop Grumman is a US-based aerospace and defense technology company and the world’s largest weapons manufacturers and military technology providers. Northrop Grumman won the Collier Trophy eight times, most recently for developing the X-47B, the first-ever unmanned, autonomous air system operating from an aircraft carrier. The US Army uses Northrop Grumman’s RQ-5 Hunter, which has been in operational use since 1995. Other notable UAVs by Northrop Grumman are Bat™, a family of affordable, medium-altitude, multi-mission UAS, and RQ-180, an American stealth unmanned surveillance aircraft intended for contested airspace and M324 UAS, an autonomous, long-range reconnaissance UAS providing electro-optical and infrared imagery.

Founded in 1994, Parrot is the leading European group in the fast-growing industry of drones. Parrot’s professional ANAFI drones are compact and easy-to-use for a variety of industries, including construction, inspection, security, and emergency services. Parrot offers a range of professional solutions through its ANAFI platform. It includes ANAFI Thermal, which uses simple-to-use, lightweight, and highly advanced ANAFI drone platform, and ANAFI Work, an ultra-compact tool for professionals to gain new vantage points to make informed decisions.

Thales is a leader in the fast-growing UAS market. With over 40 years of experience in Intelligence, Surveillance, and Reconnaissance innovation, Thales has delivered Europe’s most extensive UAV program, Watchkeeper, designed to provide intelligence in desert to arctic conditions during challenging airborne missions. Thales’ other UAVs include nEUROn, an Unmanned Combat Air Vehicle (UCAV) technology demonstrator, MALE UAS with long endurance making it ideal for the surveillance and zone reconnaissance, Mini UAV (Land) capable of transmitting high-definition electro-optical and infrared imagery in real-time, and Fulmar UAS, a highly versatile system, with capabilities for a variety of missions such as mountain search and rescue, illegal traffic monitoring, support to ground forces, intelligence missions, etc.

The Boeing Company is another leading global aerospace manufacturer that designs and sells airplanes, rotorcraft, rockets, satellites, and missiles. The fifth-largest defense contractor in the world, Boeing, has several UAVs that operate in the sea, ground, air, and space. From small and tactical to large and long endurance, or from high altitude to below sea level, Boeing offers a range of UASs for multiple missions, from ISR (Intelligence, Surveillance, Reconnaissance) to cargo delivery to communications relay and more. They include ScanEagle, Integrator, Camcopter S-100, High Altitude Long Endurance (HALE), RQ-21A Blackjack, QF-16, Condor, DarkStar, and Little Bird H-6U.

VTOL Technologies is a leading player in aerial robotics in the application of Beyond Visual Line of Sight (BVLOS) UAV for monitoring and inspecting assets. Its hybrid VTOL Flying Wing drone and BVLOS Ground Station architecture and overall system integration approach puts the company at the forefront of BVLOS drone development. The hybrid VTOL drone can take off and land vertically. It can operate up to 6 times more than what is achievable for an equivalent multi-rotor drone. Using the natural lift provided by hovering into the wind, it reduces hover power consumption, unlike multi-rotor drones, and its thrust-vectoring propulsion units offer exceptional maneuverability.